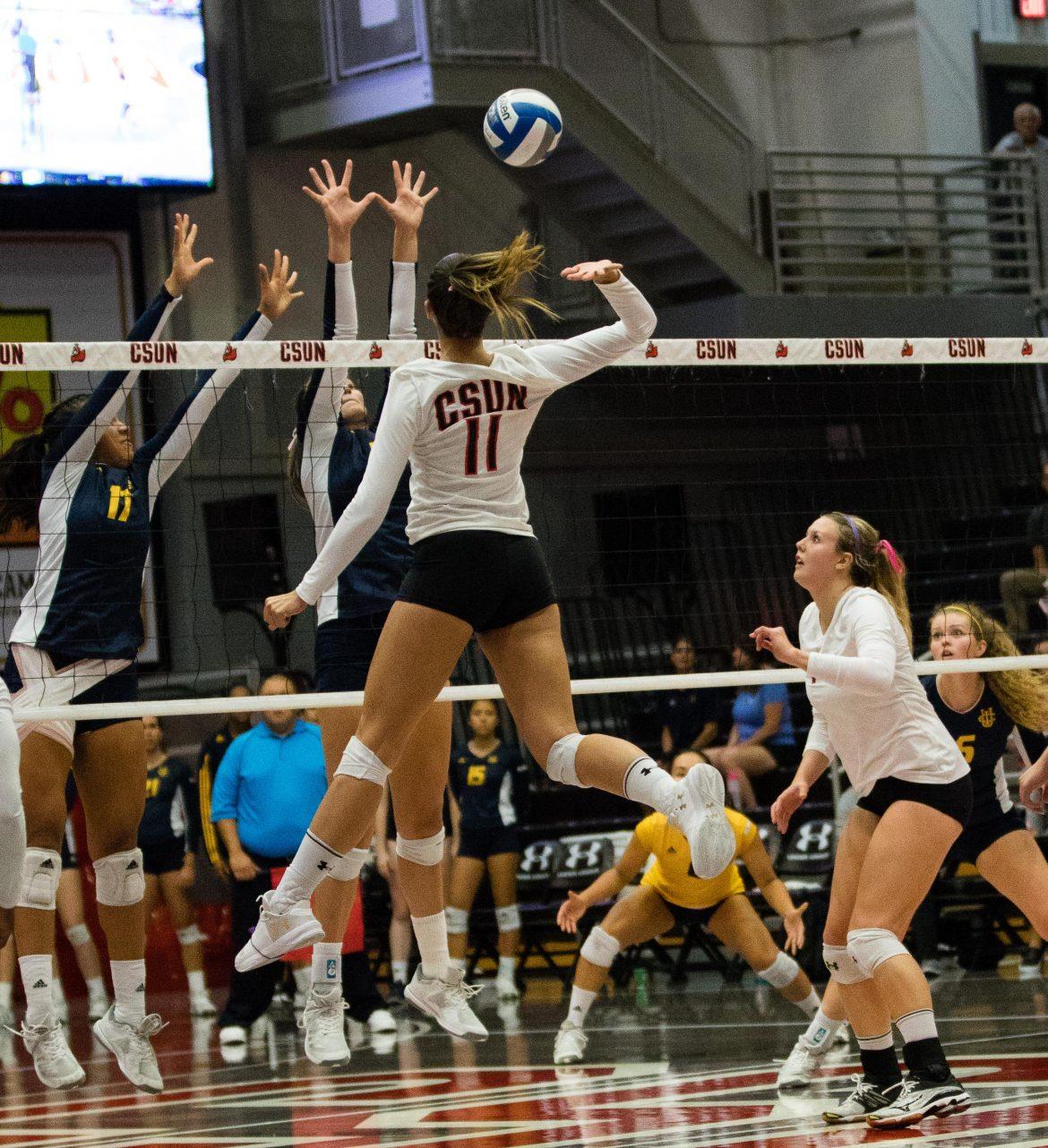 The loss drops the Matadors to 10-12 on the season and 4-6 in Big West Conference and improves the Anteaters to 19-3 and 7-2 in the Conference. The final set saw 9 ties and two lead changes in what CSUN Head Coach Jeff Stork called an offensive battle.

“I thought we played well enough to win the match but came up,” Stork said. I think the team is playing pretty well”

Owens needed 12 kills to reach the 1,000 club and led the team with 24 kills on 52 attempts to go with her 15 digs and a serving ace. Owens was surprised to learn she now has over 1,000 kills and said it feels good but she is more concentrated on how the team is playing.

“We fought as hard as we could,” Owens said. There are a few kinks that we need to work out but I think overall we did much better than we did before.”

Lauren Conati had 54 of the Matadors 55 assists. Morgan Salone had 12 kills on 35 attempts, Nickeisha Williams went 9 for 21 and Rachel Diaz had 7 kills in 11 tries.

“It was a good game, Diaz said. “We controlled it and we should have won but we lost it in the very end.”

Stork is not surprised that Owens is climbing the ladder of the CSUN record books. Owens who is only a junior was called by Stork as one of the best players in the conference.

“Owens is an unbelievable player. Her skill set and her all-around ability are outstanding, Stork said.” “Hitting 38% on that many swings [52] is not easy and I’m proud of the way that she played tonight.”

Owens is the heart of the offense and the team is behind her, according to Diaz,

“Aeryn is our go-to hitter and we all support her in that,” Diaz said. when Aeryn gets the ball we almost always know it is going to be a kill and we are so happy for her to do that [1000 career kills].”

CSUN plays UC Davis Saturday night at 7 p.m. at the Matadome. The game will also be televised on ESPN 3.