Editorial: The importance of cultural studies 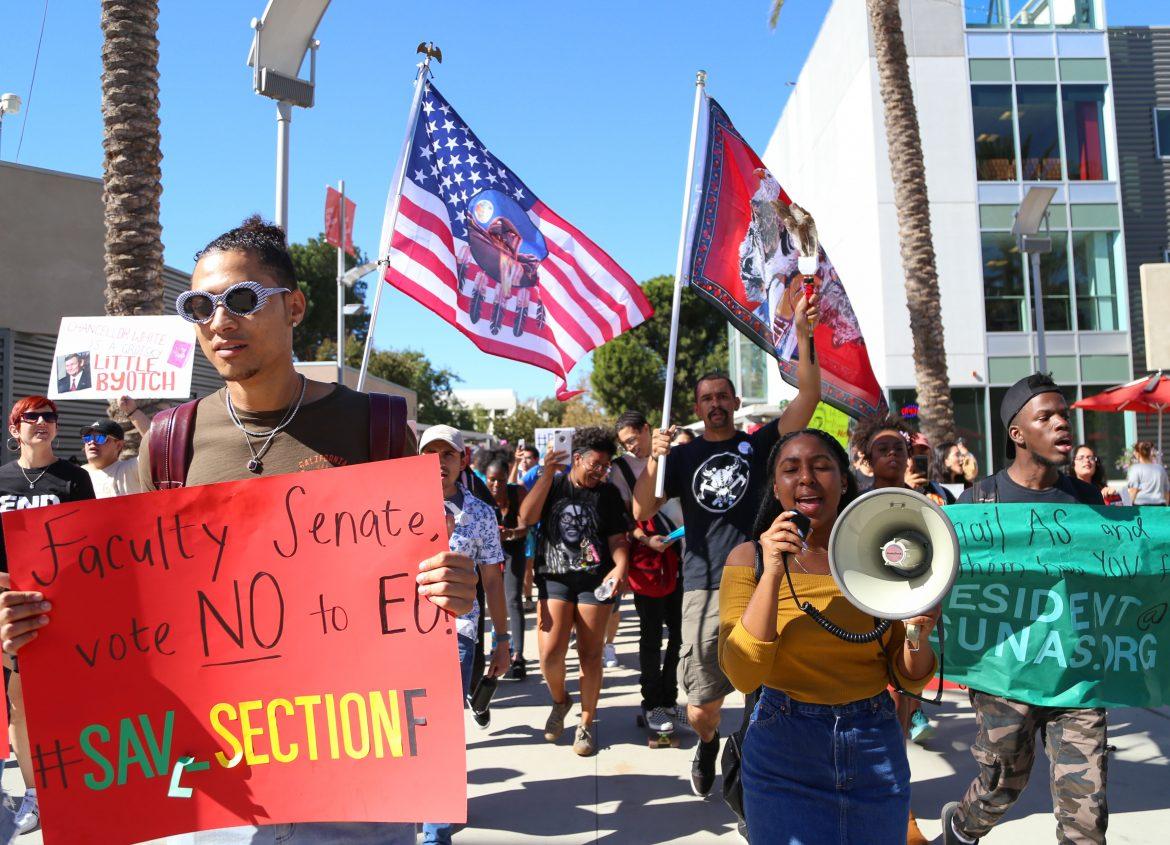 Phrases like “global awareness” and “human diversity” dominate the description of the CSU’s GE requirement. The text goes on to explain the necessity for an education that reaches beyond limitations of major or field. Yet, new requirements of CSU’s Executive Order 1100 prompted the question of whether CSUN would be allowed to keep a GE requirement unique within the CSU system. Our campus community rallied last week. Papering our halls with calls for protest, our students put into question the validity of the CSU’s dedication to that ideal education.

This quiet struggle within the CSU system reached a boiling point on Thursday. The potential scraping of CSUN’s Section F, or Comparative Cultural Studies, requirement was halted when the Faculty Senate voted to hold their ground and refused to adhere to Executive Order 1100.

The clamor surrounding the order provoked a conversation of the purpose of General Education, of the Comparative Cultural Studies requirement, and of the true nature of this executive order.

Despite recent actions that may suggest otherwise, the CSU’s description of GE expressed many legitimate reasons for the existence of GEs. There is a reason that English majors have to take a bit of math, science majors have to take history, and business majors need to know something about art; we do not exist in this world as isolated beings. Some may try, but we can’t proceed through life without some grasp of the world beyond our own interests.

A focus on culture is perhaps the most precious of these requirements, but it also seems to be ignored by the education system. In America, much of our lower school system is dominated by a distinctly Eurocentric and ethnocentric style of learning. We are taught that Columbus sailed the ocean blue, but rarely given details of the deaths that followed when he reached land. We are urged to believe Manifest Destiny was righteous, but the Trail of Tears is presented merely as a footnote. It isn’t until college that such illusions are shattered. History requirements stitch the wound closed, but being taught the wide array of cultures and religions and people that exist in this world heals the infection that is ethnocentrism. We grow to possess cultural literacy.

CSUN’s comparative cultural studies requirement legitimizes the education we receive. It also forces those who are unaware of the falsehoods taught in K-12 public school to face the realities of our nation and the impact that colonialism has had on the world.

One must question the validity of 1100. Although backed by a supposed need to expedite the process of transferring between CSU campuses and to streamline students through their college experience, it’s stipulations mostly apply to CSUN. With only two classes required for Section F to be satisfied, this is not a heavy price to pay, particularly considering diversity is a quality of the CSUN campus which makes it unique and may prompt transfers in the first place. If the true goal was to help students graduate on time, why go after culture? Why not lessen GE requirements across the board rather than cutting a single subject which so precisely representative of their description of the goals of General Education? Is culture expendable?

The Faculty Senate’s decision represents a win for CSUN’s students. However, the fight against 1100 illustrated the need for vigilance against future attempts to limit our education.

The Sundial Editorial Board stands with students in the fight against the whitewashing of our education. Abolishing section F is cutting our nose to spite our face, and it is irresponsible and directly contradicts the ethos of Cal State University Northridge.