The Matadors double up the Lions in game one 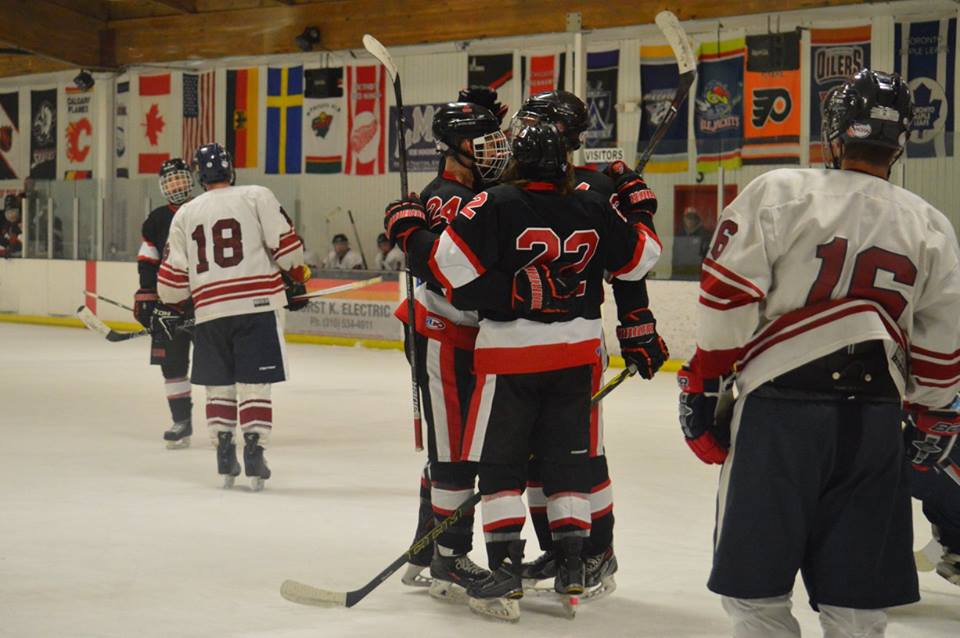 CSUN fired off five unanswered goals and doubled up Loyola Marymount University 8-4 in the first of back-to-back meetings.

Right out to the gate, the Matadors (5-7) were hit with a two goal deficit. Just five and a half minutes in, it looked as if goaltender Brandon Kalvoda was going to have a long night.

“It was just a slow start all around,” Kalvoda said. “We have a tendency of that this year, unfortunately. You can’t let that get in your head and I’ve had a rough year but you have to shake off the early ones and get in a rhythm. Despite a rough start, you get a couple good saves, good plays and get you right back into it.”

The Matadors flexed their muscle and came back firing. On the power-play, Matadors’ captain, Alex Reints, got the team within one. Reints wouldn’t be done on the night adding to the scoresheet.

“Johnny Blascoe said we needed to get it going here,” Reints said. “We went down 2-0 pretty quickly in the beginning of the first. Got out there that next shift, Eli [Berengut] gave him a good feed and he [Blascoe] set me up and was able to finish. It got the game started and got the team rolling.”

Jack Mackston scored his first ever goal 11 seconds later, tying the game with 8:39 left in the first period. CSUN tacked on two more goals to conclude the first period. Mackston added his second career goal in the period, and Tommy Pang scored a short-handed goal to extend CSUN’s lead, 4-2.

“I was just going for the rebound,” Mackston said. “As I was crashing the net, I saw it bounce out and I just put it in. My girlfriend came from Michigan to watch the game, so it was good to get those two goals in front of her, and it was good all around.”

The second period didn’t consist of any goals since both teams committed penalties and cheap shots were thrown, but the teams skated into the final frame with the Matadors still holding onto that two goal lead.

“It was just a long second period,” Kalvoda said.

As the Matadors entered the third period, they had a power-play as the second period ended carry over. Tom Dobrokhot shot at LMU’s goalie from the blue line, but Levi Bolls battled down low for CSUN and deflected the puck into the goal.

Just passed the midway point of the third, Reints fired in another — his second on the night. With that goal, Reints passed then fifth-placed head coach JP Gale on the Matadors’ all-time point’s leader board.

“Feels great,” Reints said. “I’ve been working at that. He [Gale] told me that it wasn’t going to happen and I was happy to prove him wrong. Hit that milestone and hopefully stay up there for a little bit.”

The Lions, however, didn’t go down without a fight. Trailing 6-2 with 8:41 remaining in the game, LMU committed another penalty. The Lions capitalized on a turnover from the Matadors and scored short-handed.

“It was unfortunate to give up a couple late,” Kalvoda said. “We still popped in a couple more [goals] and that was a big one.”

Even with the Lions scoring again, Quentin Abaya silenced the Lions’ late attack, and top-shelved the goalie 50 seconds after LMU scored their fourth goal.

“I knew that my team was scoring and I wanted to join the scoring,” Abaya said. “Garrett [Heftye] made a nice play. We talked early well in our defensive zone. He made a real nice breakout pass. A nice chip off the boards to Big Ev [Evan Wright]. He made a pick, and I just took the shot and it went in glove side.”

Abaya has recorded points in eight of the last nine games for CSUN.

The LMU coaching staff pulled their goalie with 3:34 remaining in the game, trailing 7-4.

An unsuccessful attack saw the Lions leave the net open, and Reints added his third goal of the night, giving him the hat-trick for the game.

“I was happy to get the hat-trick,” Reints said. “It goes up on the scoreboard and every goal counts in this league.”

The Matadors defeated the Lions in the first of two matchups this weekend. Tonight the two teams meet up at Simi Valley’s Iceoplex.

“Hopefully we can come out just as strong as we ended this game right here,” Reints said. “Come out and bury them. Make them dread the drive home. Hopefully go up two this weekend and get back to .500.”