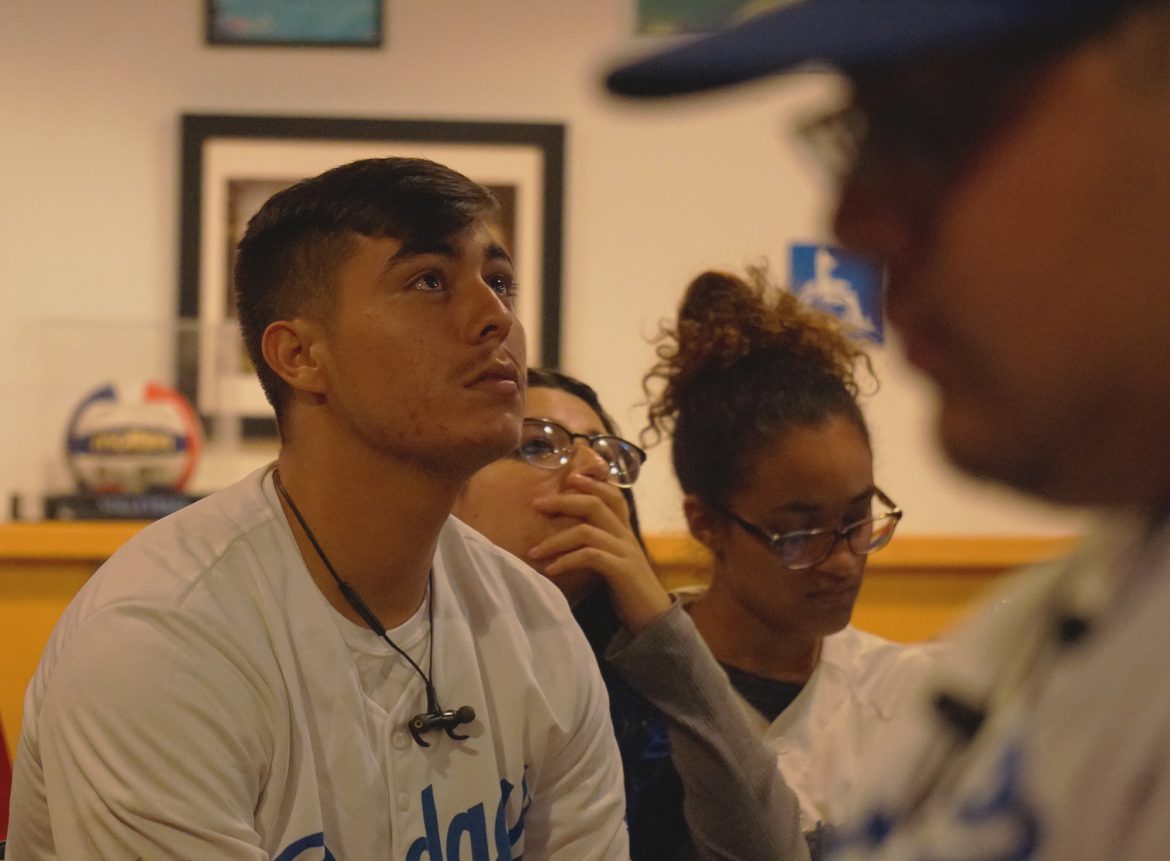 Dodgers Fans and CSUN Students, Daniel Reyes (left) and Beverly Figueroa (middle left) watch the Astros take to the field after beating out the Dodgers in the World Series 2017. Photo credit: Aaron Lanuza

The Pub Sports Grill at the University Student Union was crowded with students and baseball fans Wednesday evening as the World Series final match-up between The Houston Astros and The Los Angeles Dodgers broadcasted live and on almost all the television sets in the building.

“At 5 [p.m.] they started to come,” said The Pub Sports Grill supervisor, Rose Quinto. “[They sold a lot of] beer, food and everything.”

Dodger Fan Eddie Cavazos ate a cheeseburger during the bottom of the sixth inning as he sat in the front row and at the edge of the stage where the game was being projected.

“We’re down right now but hopefully it will go better though,” Cavazos said. “We’re starting to come back.”

CSUN student and local resident Jose Rivera, an Astros fan, sat with his five friends who are all Dodgers fans.

“Hopefully Houston wins so they can win for the city because they went through the hurricanes and all that.” Rivera said. “And they’ve never won.”

The Houston Astros made history as they won game seven and took the 2017 World Series championship title for the first time.