Music group perseveres in order to be Artist of the Year 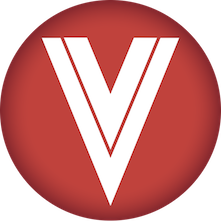 It is the dream of many artists that come to Los Angeles to find fame and fortune. On Monday night four musical groups will compete for Five of Five Entertainment’s Artist of the Year. Winning would put them one step closer to achieving fame and fortune.

Five of Five Entertainment, a student-run organization at California State University, Northridge, hosts this event to help the winner gain a bigger following as well as help achieve major goals. This organization also does not gain any sort of revenue that the artists make and the artists keep the music rights. The organization has spent the last 20 years not only providing CSUN students with experience for those who wish to be in the music industry but giving local artists a chance.

One of the groups attempting to earn the title is Black Noise, a Long Beach-based band. It was an accident in 2010 that Donovan Brown and Victor Ujadugele met but it was one that changed their life forever.

“I didn’t know how to play anything but I wanted to make a band so I started asking around,” said Brown. “My co-worker actually introduced us.”

The two then decided to move to LA and try to achieve the dream. According to Ujadugele, the two found it difficult to enter such a big market and achieve the instant success.

“We played House of Blues, but we still found it really difficult to make a big splash,” said Ujadugele. “So we decided to go back to Long Beach.”

Instead of quitting, the two began to think about the reasons the two were making music was it for money or creating an emotion with their audience through music, according to Ujadugele.

“We realized that we wanted to make music to create something completely new,” said Brown. “That is why some of our songs are so different, we want to always make something new and unique.”

So, once the two found the inspiration now it was the time to find the community. According to Brown, the group began to perform at open-mic events to begin drawing an audience.

“That’s what is so amazing about the open-mic scene,” said Brown; “it is very supportive.”

“We take the account of the artist that the fans vote for,” said Zoe Galasso, Assistant Director of Marketing.

The process that Five of Five goes through to find the artists are extensive and detailed, according to Galasso, as the process takes a year. So the bands will be performing and competing Monday to become Artist of the Year in Nordhoff Hall’s Little Theatre at 7 p.m.