How classical music saved my grade 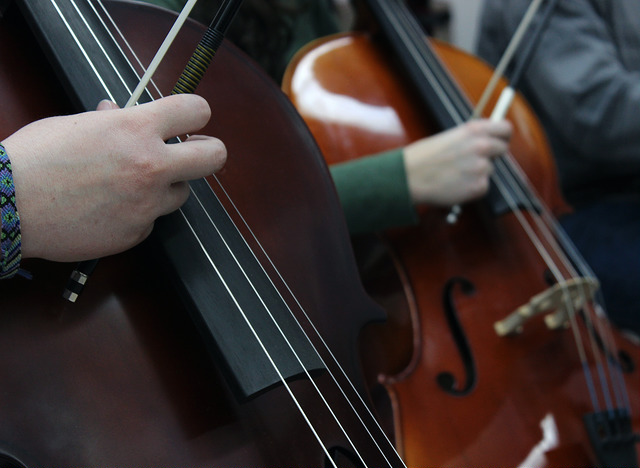 I am someone who really loves music. I listen to music every single day as I put on makeup or do my hair and even when I am cooking and cleaning, but never while working on assignments. Nevertheless, I turn to music to fill the silence as much as I can. My preferred genres are mostly rap, hip hop, R&B, Latin music and hits from the 90s and early 2000s, but not classical music. A former teacher of mine from elementary school once told me that classical music is great for brain function and overall nerves, but I always assumed it was boring and would put me to sleep. That was until classical music “saved” me.

It was the day before my Anthropology exam and I was having trouble focusing and keeping calm while studying. I have some anxiety issues as well as being quite hyperactive; the two do not mix well. Imagine this: my heart beats super fast and my brain goes through so many thoughts at once and just as fast, causing me to have a short attention span while trying to relax and find my “zen.” Yes, I love music, but listening to songs with words throws me off while studying and I end up singing along to the song rather than trying to comprehend what I am reading and writing.

My parents suggested that I listen to classical music to help me relax. Since I love my Armenian culture and have such a huge fascination for it, they recommended I listen to the music of a world renowned Soviet Armenian composer and conductor, Aram Khachaturian. At first, I did not see how his music would be any different from other classical composers, but I was totally wrong.

I searched him on YouTube and began with listening to his second ballet, “Gayane”, which was originally composed in the mid-late 1930s and premiered in 1942 in Russia. The ballet is about an Armenian girl named Gayane, and the whole story revolves around a love triangle. The story is set in Armenia and each song has powerful Armenian roots and influences from the culture’s folk music. This is what attracted me to his musical style; his songs feature Armenian instruments and melodies that are so dear to me and hold so many memories

Khachaturian left such a legacy behind that countries in Europe, such as Armenia and Russia, recognized his notability by paying homage to the talented composer with statues and depicting his face on postal stamps or money.

So, I constantly listened to Khachaturian’s composed works while I studied for my exam. I found that I was comprehending my notes and readings better than normal. A couple weeks later, I got my grade and it was a perfect score. I am not sure if it was a placebo effect, self-fulfilled prophecy or the simplicity of listening to classical music, but it worked.

Since then, I have not turned away from the audibly-consuming classical music of Aram Khachaturian. I always listen to his composed works while I am studying and completing assignments. I find that it calms and soothes my anxiety; I get lost in the music rather than my thoughts. I appreciate classical music more than I ever have in my entire life and I can honestly say that it has helped with calming my nerves, and mental state as well.

Not all classical music is the same and there are different composers that come from different places that may influence their music. It took a situation like trying to ace an exam to push me towards listening to classical music and I am more than thankful.