‘I Am Another You’: a multicultural album in support of all immigrants in the world 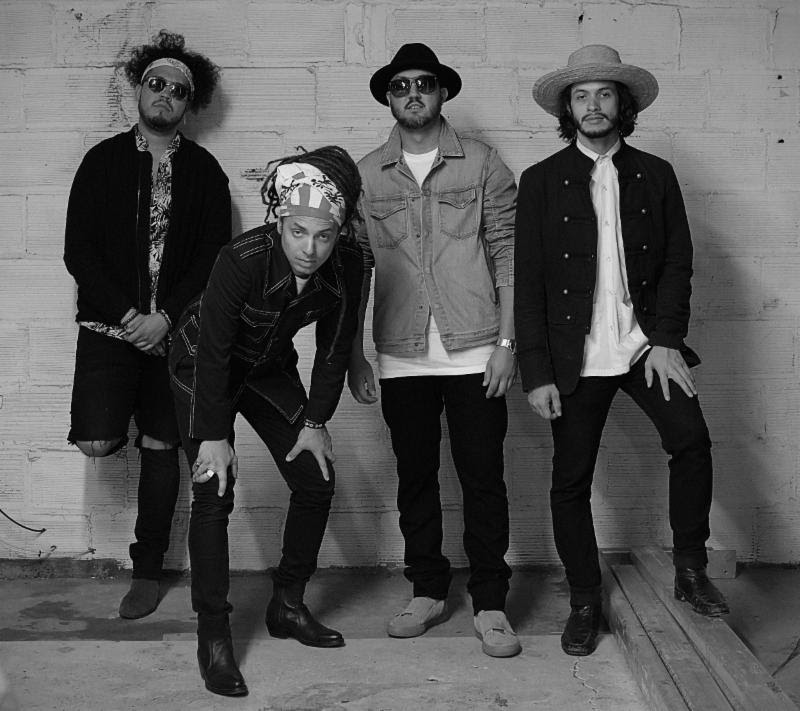 From Kansas City Mo., the multicultural band Making Movies presents their second full-length album, “I Am Another You.” The band focused on a concept that depicts the stories of three characters in different settings connected through the sufferings and hardships that all encounter. The album was completed with the help of former band member of Los Lobos, Steve Berlin.

This collaboration helped the band explore their own cultural roots creatively. The band’s sound is a fusion of Afro-Latin rhythms with Rock ‘N Roll psychedelic riffs. This combination comes from the band’s background. Lead singer Enrique and his brother Diego Chi immigrated to the U.S. from Venezuela, whereas Juan Carlos and Andres Chaurand immigrated from Mexico. All band members grew up in a multicultural home environment. This is reflected in their music, and in the main message they want to get across on their tour: we are all immigrants.

As a result, the band is inviting all DACA recipients to fill out a form on their website and receive a free ticket to any of their performances. In addition, the band is expanding their project with a set of protest songs to be released before the end 2017 titled, “You Are Another Me. This will complete the Mayan phrase that the album is named after: in lak’ech ala k’in (I am another you, and you are another me).

The Sundial spoke with Chi about the band’s experience with Steve Berlin, presenting their music in the Northwest region of the country and what they learned from working with English and Spanish speaking bands.

What was your experience working with Steve Berlin?

Chi: I don’t know know who else I can find like Steve Berlin that could coach us and lead us down a path that such a few artists have gone down on. There’s so few cross-cultural, bilingual and successful artists in the United States. Maybe Santana is another person. Berlin is probably the only human being who could give us the advice for what we’re trying to do, which is a multicultural band. He taught us how to express the weirder parts of our creativity. Without knowing it he also taught us how to be a good person and a good artist in general.

Is ‘I Am Another You’ a concept album?

Chi: Yeah, initially that’s how it started. We had friends and family from all over the world with very different perspectives but there’s this common thread [in the feelings of the characters] that is a common thread: the human experience. It’s all relative.

What are the themes within the three different stories of the album?

Chi: On the album, there’s a story about my cousin who’s from Venezuela; because of all the political chaos happening over there, he had to move to Panama. He felt lost. Everything he was working towards no longer matters. That’s not that different from our drummer in Los Angeles who gets mixed up with the wrong people, but don’t make him look like the evil one [don’t believe everything you see]. Another character in the album is an American guy from the Midwest whose life falls apart through divorce. Although the situations in the stories are very different, the feelings are similar.

Having grown up in Kansas City, which is not known for having a music scene, how was it to expose your music to that region of the country?

Chi: It was really different. Everybody was trying to make sense of it at first. We were too Latino for the rock clubs and way too ‘rock n roll’ for the Latino clubs. Little by little we gained momentum. We were crazy and wise with this idea that we had to leave town as soon as possible to book gigs anywhere they would let us play.

Having toured all over U.S. and working with Latin American bands and American ones, do you notice a difference in the way they approach the music or their live shows?

Chi: I’ve noticed that there’s less of a tendency to feel the vibe of the room and suit the audience. In a Salsa band, if the dance floor is on fire you just extend the song. Someone in the band just does a trumpet solo then there’s a drum solo, and people are still dancing. It’s like a D.J.. Latin bands tend to do that and I think we’ve adapted it to our music quite a bit.

If you guys could collaborate with any Latin America artist who would it be?

What is the story behind the collaboration with Mr. Philthy for the cover of Manu Chao’s song ‘Clandestino.’?

Chi: We chose to do a project of protest songs that we will be releasing on Dec.1. He called us while recording our project on Memphis. We made an arrangement for the song and sent it over to him. That same week on September [2017] was when the White House was going to cancel the DACA program. That morning made our hearts feel heavy and we felt inspired to say ‘we need to make this music.’ The project continues, every week we have been talking to different artists to make the next four or five songs.

What can your fans expect from your live shows?

Chi: Although the songs are very serious, the show is a party. It’s a night to dance your worries away. It’s a moment to celebrate. Some moments are tough but for everyone in that room we can agree that there’s differences between us. We are all beautiful, but if you put all of them together even more beautiful stuff comes out.