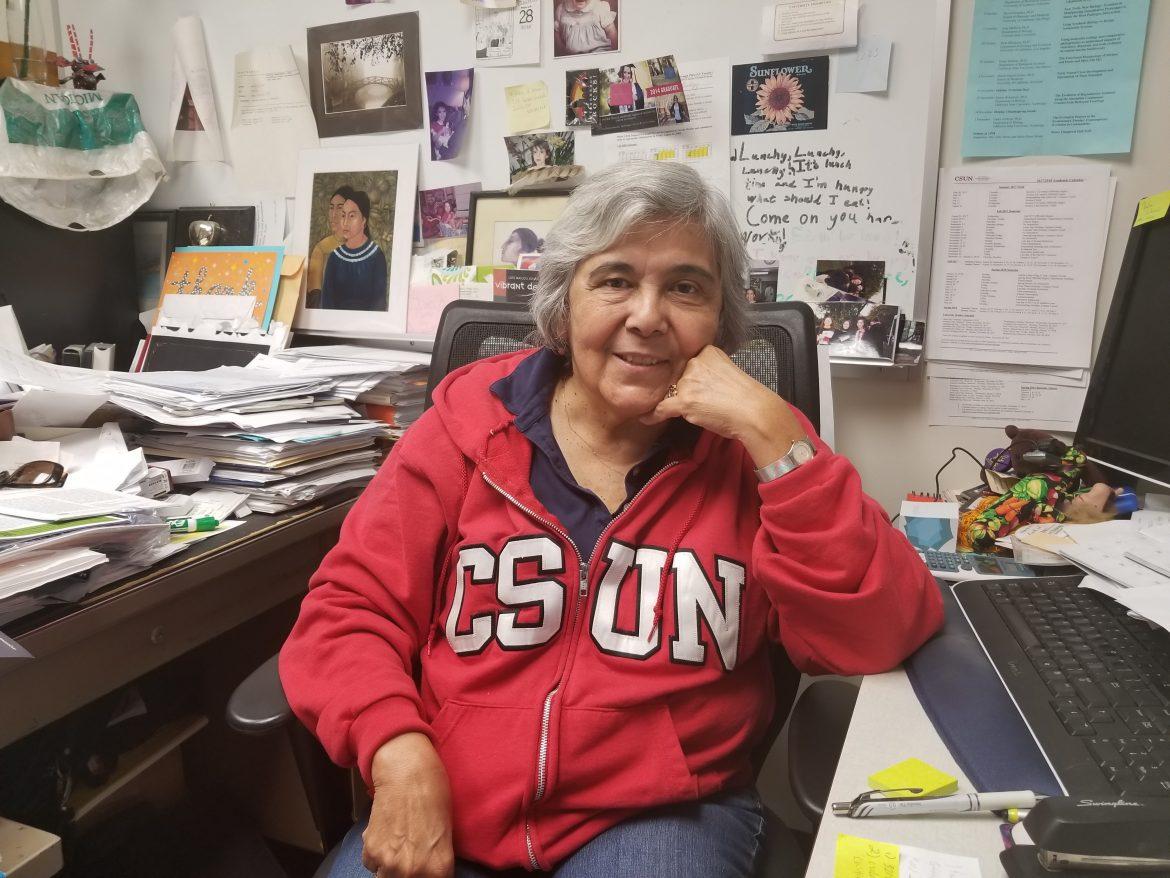 Professor Zavala in her office

CSUN biology professor Maria Elena Zavala was named the first Latina Fellow to be elected to the American Society of Cell Biology for her research in plant cells.

The American Society of Cell Biology is an international inclusive community of biologists who study cells while advancing scientific discoveries, improving education, proving a diverse scientific workforce and more.

How do you feel about being named the first Latina Fellow of the American Society of Cell Biology?

“It’s an honor and it humbles me, but I guess I’ve been the first in lots of things, so it’s unfortunate actually because that means that there are other people who are smarter and didn’t get recognized. So I don’t think that this honor is just for me. I think that it is for all of us who work at institutions like this one. Everyone else that is an ASCB Fellow works at an institution that is a Ph.D. granting institution. I’m the only Fellow not from a research-intensive university. Research-intensive universities are places like UCLA, Harvard, Berkeley places like that. Everyone else is from places like that, and I’m the only one that is not.”

We are the first in other programs can you tell me what they were?

So you were the first of many things your whole life?

“Yeah, a lot of things like that. It’s not right. I mean it is what it is, and it speaks more to perhaps that I’m stubborn and I didn’t know what I was getting myself into. I just didn’t think I was going to be the first. I just thought this is what I wanted to do so I did it.”

How do you think you inspired other Latins or other races?

Can you tell me about the research that got you recognized?

“I’m a plant cell biologist, and I study different aspects of plant growth and development, so it’s just a long hull of studying plants basically that’s it. We have been studying how roots grow, how hormones are distributed in plants and develop methods to find [hormones] in individual cells. The idea is that since the arabidopsis is like every other plant, it produces seeds, flowers, roots and leafs and you can use [genetic] technologies on it we can use it to understand and then we can move on to other plants including important crop plants. [The Arabidopsis] is our test mouse, it is a test system and then you try to apply what you learned to something like a crop plant.”

What got you into plant biology?

What do you see for the future of your research?

“We are looking more into beans, so a Arabidopsis is just so much easier to work with than the plants I like, but I work a lot with beans and corn, ‘balanced diets’, I’m Mexican what can I say. But we are now trying to develop a system that will allow us to manipulate beans genetically more rapidly. We are trying to see if the bean protein is a little bit more digestible and nutritious using genetic engineering.”