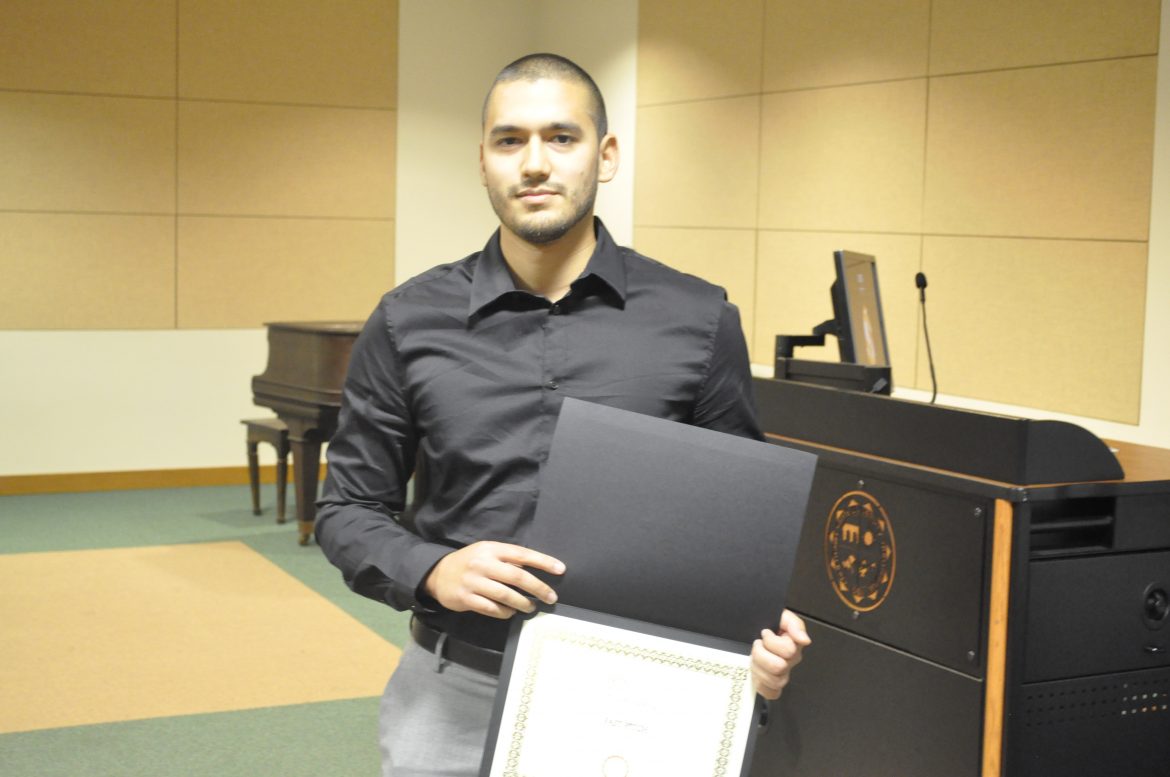 CSUN hosted its third annual Student Fast Pitch Competition Tuesday afternoon where sudents from a competitive field had the opportunity to do an elevator pitch of their business pursuit ideas to a distinguished panel.

Each student had three minutes and three slides to pitch their idea to audiences and judges. The pitches were followed by a three to five minute Q&A period from the panelists.

For this year’s event, 21 applicants submitted to the competition, but only eight finalists were chosen.

After deliberating for more than 30 minutes, the panelists decided who would win the grand prize of $2,000.

Computer science major, Dushan Parera won for Moontalk, which is a social platform for the cryptocurrency community that enables users to chat live with other investors, exchange market insights and manage portfolios.

Parera said he has been working on this project for six months and he is planning to use the money to invest in business administration causes. He said he hopes to release the program within a year from now.

The second place prize of $1,000 and audience choice award of $500 went to Spicy Matador, a salt-free spice blend created for use on all foods for retail distribution.

The third place was a tie between Stashpak, a smell-proof water-resistant pack for cannabis and Deaf Connect, an app that helps to connect deaf people those who don’t know sign language.

Despite not winning, other finalists were grateful for receiving the opportunity to present their ideas.

Information system major, Fahim Karim, one of the people behind Up, a social media app based on augmented reality, said he will use his time to finish up his studies before he can make his vision a reality.

“My idea was to cause an allusion and to change the world in my own way,” Karim said.

The event was organized by the CSUN the Entrepreneurship Program at the Nazarian College. Director of the program, Ryan Holdbrook, said the purpose of the event was to encourage students moved their business ventures forward in a very structural and guided way.

“The teams were a very high level we saw a lot of cross-disciplinary teams involved,” Holdbrook said. “We had students from engineering, students from arts, students from food science and I think also the judges’ feedback for the teams was very viable as well.”

He said they are expecting to come back next fall and they are also hosting Bull Ring in the spring where the price amount is $40,000.