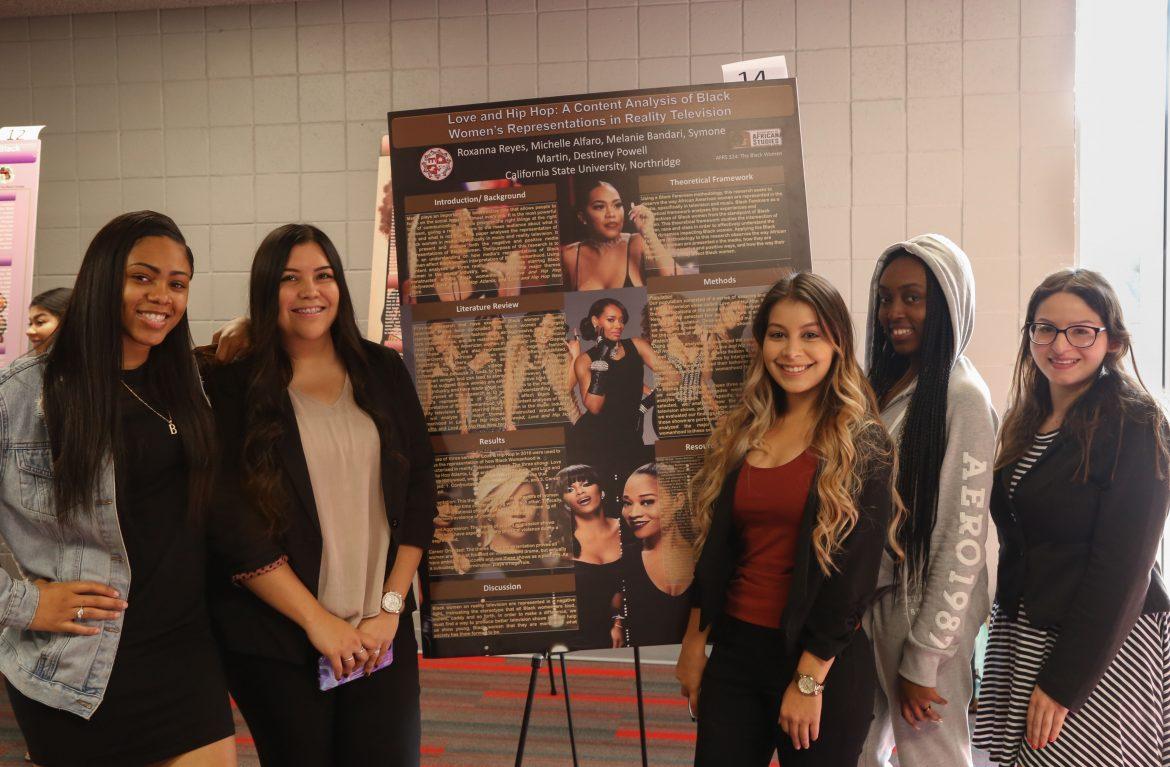 Students and faculty gathered in the Northridge Center in the USU for the Bi-Annual Men/Women of Color Research and Poster Session from 11 a.m. to 1 p.m. on Friday, Nov. 17.

This year’s theme for the poster session was Black Saga & Regulation: Prime for Black Empowerment, which was hosted by CSUN’s African Studies department.

“This year, unlike many of the other years, the black woman class is also included,” Gammage said. “This event allows our students and courses to present research from the class to a larger academic audience to share important issues affecting African American men and women.”

More than 80 attendees got the chance to view and learn from 15 posters that displayed issues impacting people of color while the CSUN band played in the background. The topics of the posters ranged from misrepresentation in the media and unbalance in the criminal justice system to the progression of education for people of color and the use of music as a tool towards progression.

One of the posters was titled “Do it for the culture: MIGOS-Media Informing Great Oppression in Society.” This poster was about how throughout the years, the media has assisted in spreading awareness and influencing people to unite and fight for social equality. According to the students who made the poster, this topic was chosen because of the controversy surrounding Colin Kapernick and taking a knee and the Black Lives Matter movement.

“I believe it was an opportunity and a great topic to choose and talk about because people need to hear about it more,” said one of the contributors, Bryant Basilio, 19, business marketing major. “The meaning behind this was how black activists use the media in order to fight white supremacy, racism, and other forms of oppression.”

Along with the posters, there were several student speakers who presented passionate speeches called “Black Manologues,” about what they believe is important in the black community.

During this time, several students recited topics such as Kapernick taking a knee, rape jokes that objectify women, and assimilation into a culture that undermines people of color.

Serving as guest speaker for the event was attorney and counselor at law, Kyron Johnson. Johnson spoke about how football was his path to a better future but when he decided that his academics were more important than sports, most of his football scholarships were withdrawn.

“There is a few highlights that set this event apart from ones we’ve done in the past such having Dr. Johnson, my good and friend and colleague [Kyron Johnson] having him come here to tell his story,” said Hackett, who has organized the bi-annual event for the past five years. “Dr. Johnson’s story about how he came from a humble beginning ties into our men and women of color theme: black saga and regulation but it’s a primer for black empowerment.”