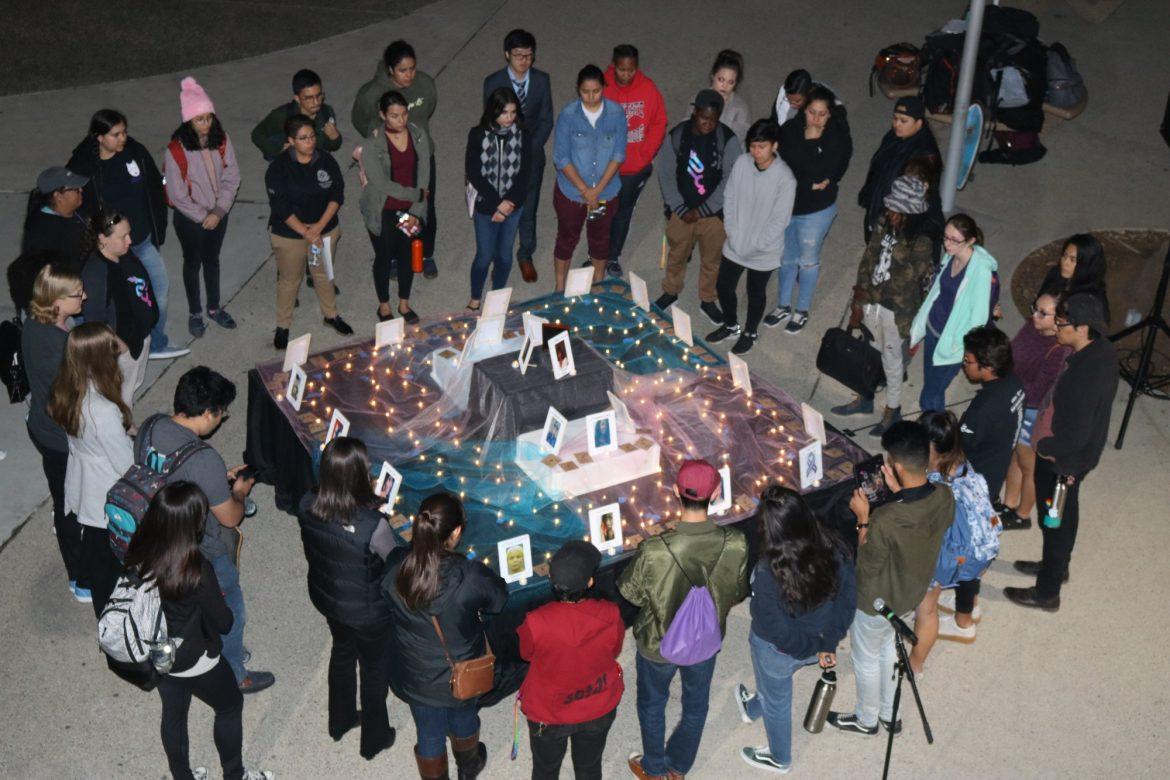 Students gathered in front of the Pride Center Monday night for a vigil for Trans Remembrance Day honoring the trans lives that have been lost this year.

Nancy, also known as “Pigie” and the president of Gamma Rho Lambda, said the vigil is tragic, but she believes it will spread awareness.

Photos were placed at the center of the USU representing the 27 trans life that were lost this year. The photos were also posted on a wall with messages and quotes giving allies a feel for who the victims were. 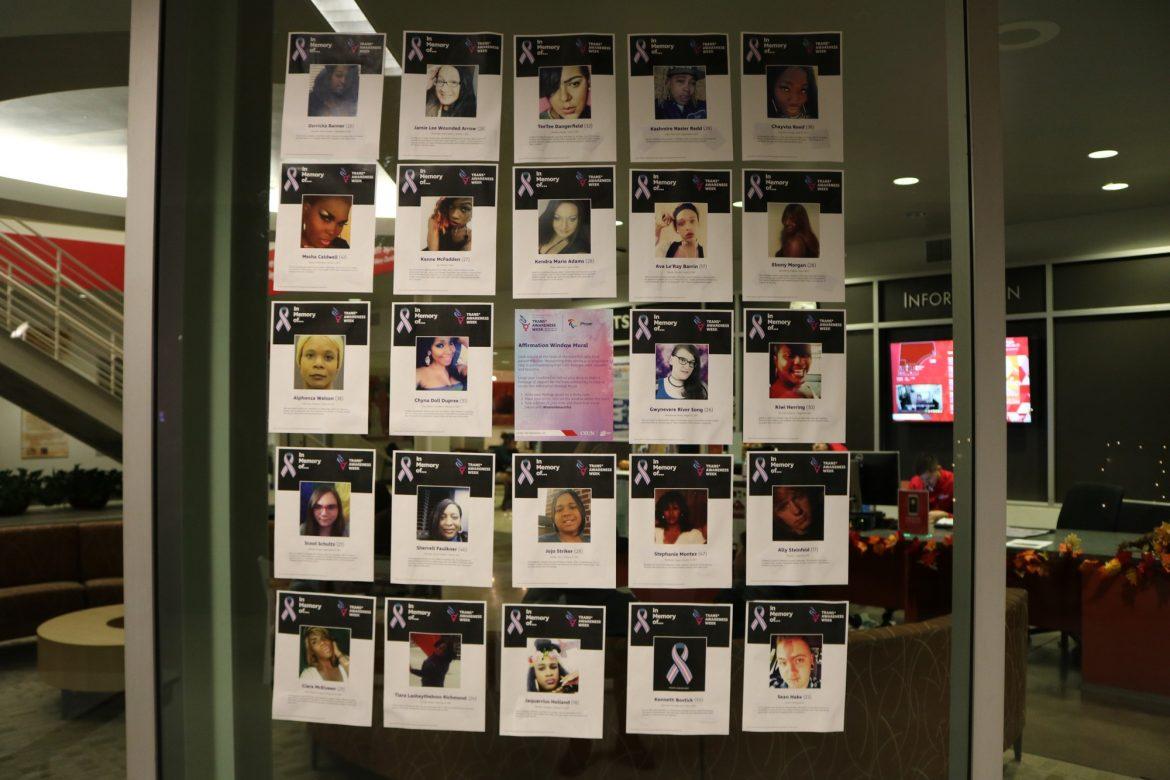 “It’s a beautiful way to remember those who are gone but not forgotten,” said student Lourdes Illingworth.

This year has already seen over 25 transgender people fatally shot or killed by other violent means, according to the Human Rights Campaign.

Students huddled in a circle for a moment of silence before saying the victims names one by one. LJ, a member of Gamma Rho Lambda, said that the vigil is special -because of the close kni tbond the people all share.

“It’s sad that the numbers keep growing each year. It’s like a family member that dies,” LJ said.

Toward the end of the vigil, students were given little packages with a name of one victim who has died this year along with seeds inside.

“It symbolizes that their lives aren’t forgotten and they are still growing, and they matter” Pigie said.

Almost all victims of this kind of violence have been people of color, according to the Human Rights Campaign.

“I think the community needs to grow…this semester and this year it has grown but it’s definitely that needs to grow larger and we need allies,” Pigie said.

The LGBTQ community, specifically trans individuals, have been targets by the Trump administration, which tried to implement a bill on preventing trans soldiers from serving in the military.

“’There is already hate without this bigot (Trump) and imagine how much more hate could come,” Pigie said.

Attendees were encouraged to write positive messages on a poster to show their support for trans individuals everywhere. 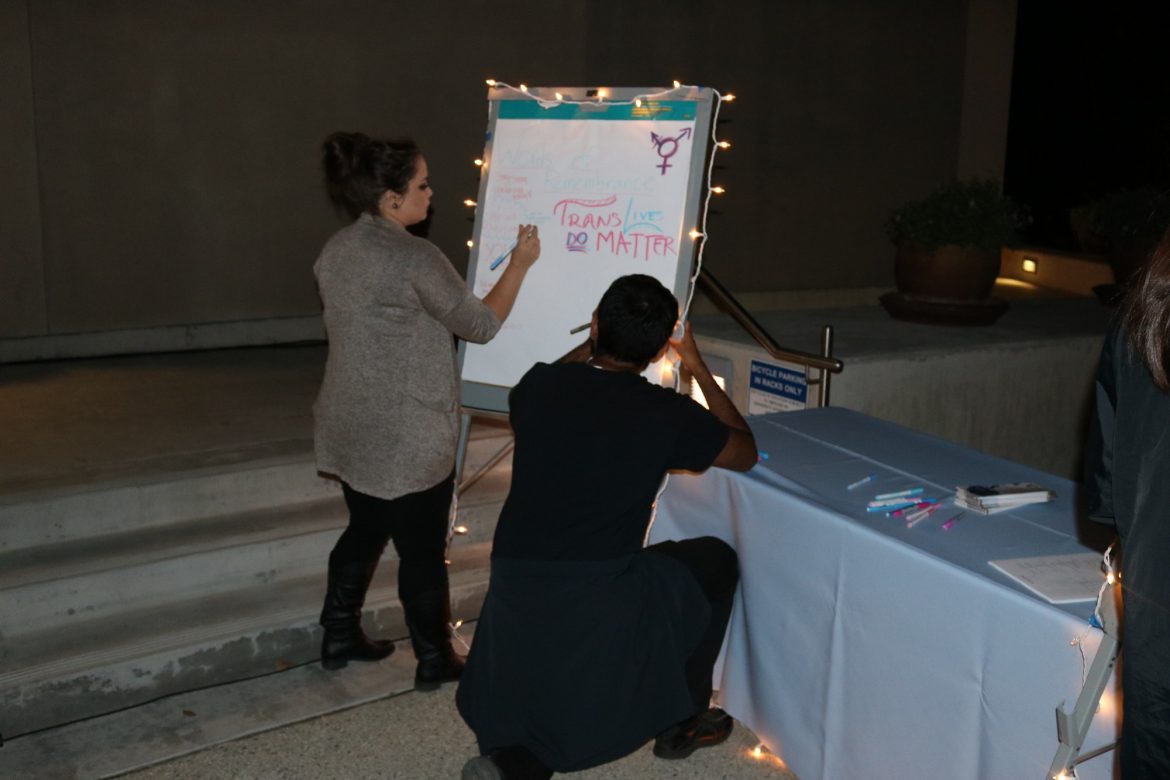 “It’s important to keep people educated and aware, so that it minimizes the violence, we can’t stop the violence but we can do something about it,” Pigie said.