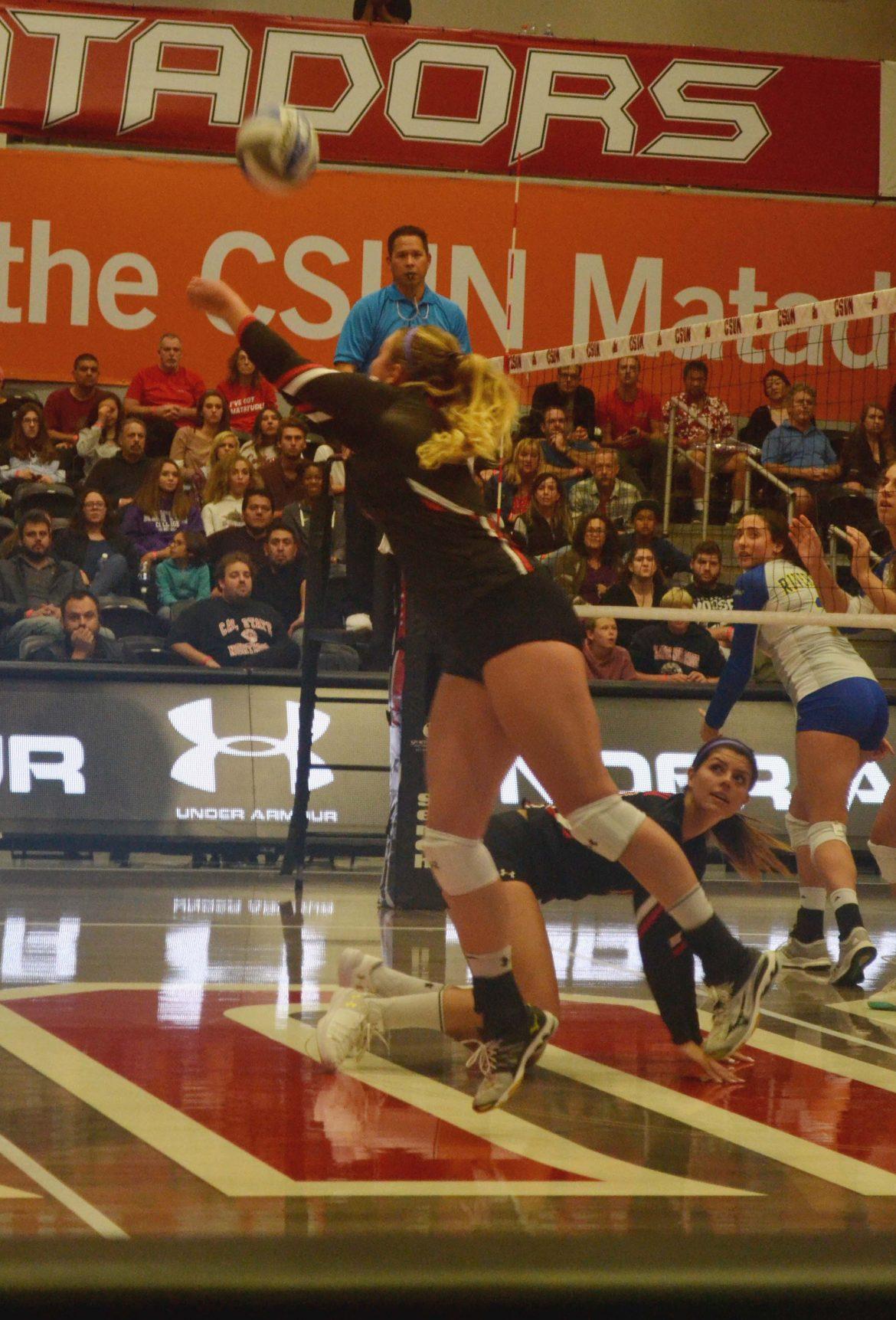 The CSUN women’s volleyball team entered the Matadome for Saturday’s senior night game without a glimpse of hope at the Big West title.

Matadors senior outside hitter Rachel Diaz did at least save room for one more signature moment in the last home game of her career.

“I knew that this was my last game here in front of the fans so I had to go out with a bang,” Diaz said. “That really just drove me and I wanted to do it for my team.”

Diaz was found early and often from fellow senior and setter Lauren Conati, who had 35 assists and kept the Matadors flowing offensively throughout the game.

After the game was over, Conati broke down in tears on the court with her arms wrapped around Diaz along with seniors Nickeisha Williams and Katie Sato.

“This team means everything to me,” Conati said. “You should have seen us before the game. We were bawling our eyes out and the underclassmen did a great job of making the seniors loved and appreciated. It was an awesome experience.”

CSUN in the early part of the first set had trouble finding its rhythm. The Matadors committed four errors and UC Riverside led 8-4. CSUN would settle down and sophomore Morgan Salone set the tone.

Salone had three kills in the first set and helped give CSUN the lead 17-16.

“Morgan is a developing outside hitter who used to be a middle blocker,” CSUN coach Jeff Stork said. “That’s always tough trying to make that adjustment but she can get on a hot streak on occasion.”

CSUN led 23-20 to close the first set, but UC Riverside rallied with four consecutive points. The Matadors rebounded and Williams put down a shot and clinch the first set.

“We knew that Riverside was not going to be an easy opponent and they have taken a lot of good teams to five sets so we wanted to finish them off in three,” Diaz said. “We knew we were behind and we needed to pick up our energy.”

Riverside committed 11 errors in the second set and didn’t have an answer for Diaz or Aeryn Owens. Owens had 11 kills and the Matadors won its second consecutive game.

It was a night that allowed the Matadors to smile a little bit brighter. They have won two consecutive matches with two games left in the season.

“We have some more work to do unfortunately,” Conati said. “We just have to finish the season out strong.”