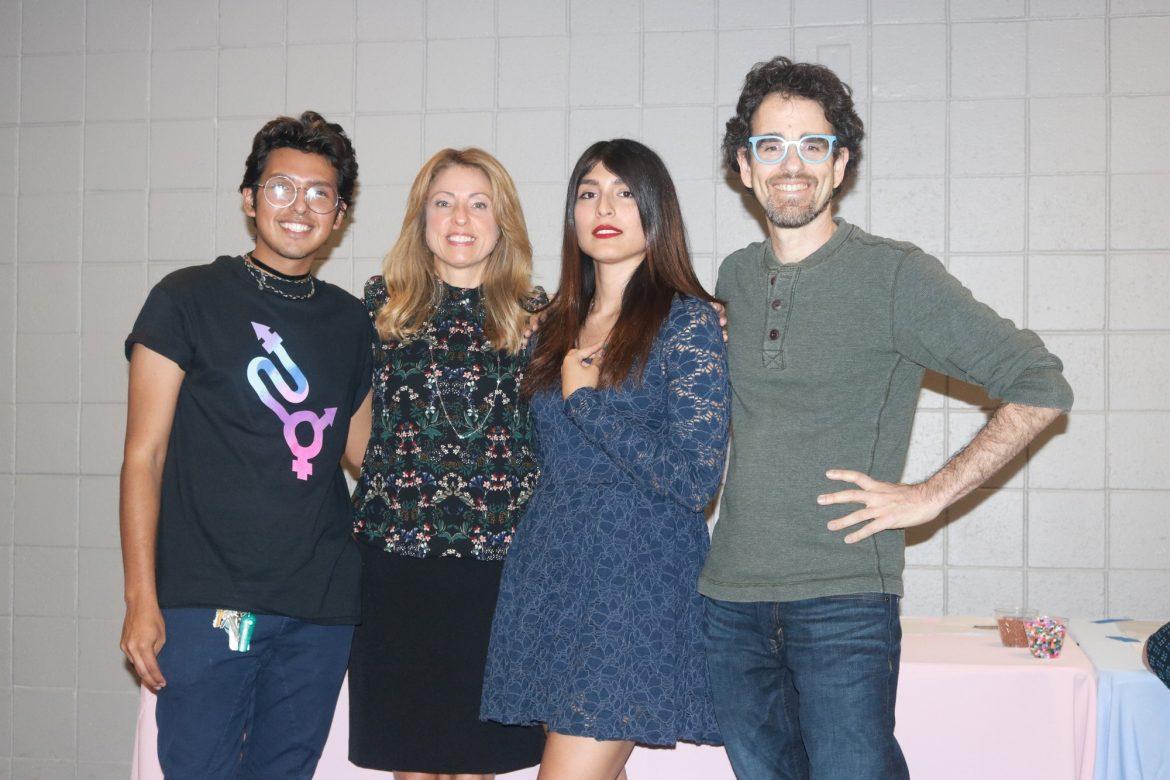 In celebration of Trans* Awareness Week, the Pride Center screened “Becoming Johanna”, a short film that follows the story of Johanna Clearwater and the struggles she faces every day last Monday afternoon.

The film begins with Johanna’s transition and how she gets rejected and kicked out of her home by her mother and finds a foster family who loves her and a supportive school principal who helps her graduate and thrive.

Johanna herself and the film director, Jonathan Skurnik, were at the screening to talk about their experience working together on the film and the challenges involving trans teens.

The film was received with a standing ovation by everyone in the room. Shortly after the screening ended, Johanna answered some of the audience questions and show her support to the trans students attending to the event.

“I think this is very real subject and now more than ever being more brought into our attention were people actually have to acknowledge it and do something about it, which is great,” said Johanna.

She spoke about the challenges of beings trans and dealing with people who have a different point of view.

She said she have met people of color who have their own perception of trans people.

“One group is already being put down and you’re going to put down another group, so I think at the end of the day If we just acknowledge we’re all human and that we all deserve love and all the rights that we’re able to have just like everyone else, that’s what’s important. I think that’s a key start and then we can move forward,” she said.

Johanna also spoke about her role models that helped to get through her most difficult times, particularly Wonder Woman.

“Seeing her character how she was treated like the guys, a powerful woman and able do what almost everyone else can do. That’s something I can strive for,” she said. “When I saw that I also felt like I acknowledge what cisgender women go through as far as levels of respect. It was great to see this person to shine through it.”

Communications major Michael Pulido, who also works at the Pride Center, said they wanted to invite Johanna to the event because her story is similar to students who attend campus.

“Johanna grew up in the valley and a lot of her experiences in the film related to some students who went to high school around here so I thought I was really relevant and current to bring her to CSUN,” Pulido said.

This event was a collaboration between the Pride Center and the Communication Studies department.

Communications Studies professor, Bridget Sampson, who was also one of the main organizers of the screening, said she wanted to show the film to a larger audience to educate them about the complexities of gender identity.

Sampson said the gender spectrum is broader than we thought. “All of a sudden we know people who are coming out as trans, gender non-binary or gender non-conforming, and we are trying to understand all of it,” she said.

She also said the event was an opportunity for students to share their experiences and engage with the trans community on campus.

Johanna said students can help by not being a bystander. “If you feel someone is being harassed with negative comments, being bullied and people are vocally and physically possibly doing harm to someone and you see it and not do something, that shows a lot about peoples’ character and I think it’s important for people to realize what right and what is wrong,” she said.