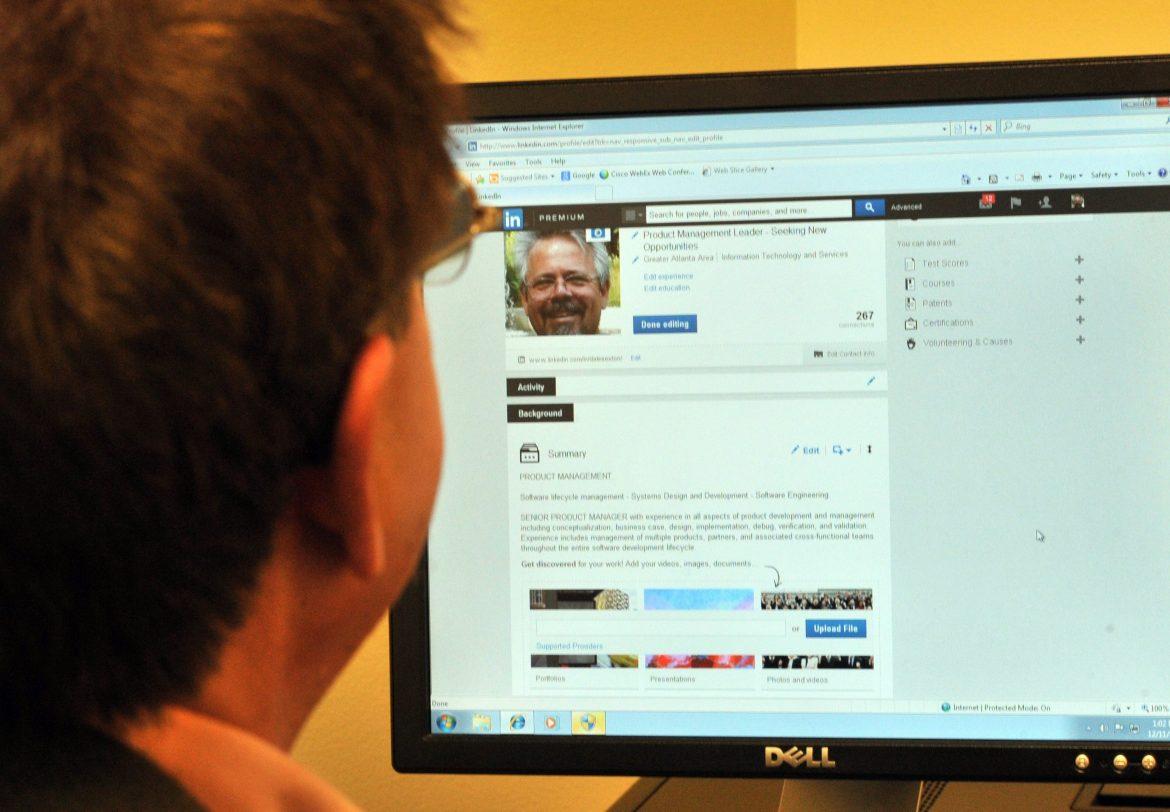 Dale Sexton, who is depending on unemployment benefits, checks his LinkedIn page as he searches for jobs at an office, where he has been getting help with job search, Dec. 11, 2013, in Atlanta. (Hyosub Shin/Atlanta Journal-Constitution/MCT)

When students go to school, they expect to be taught by instructors who were educated in the field they’re teaching in. Sometimes that isn’t the case and a professor slips through the cracks and makes their way into becoming an educator with a fake degree and fake qualifications on their resumes.

Recently, West L.A. College discovered that one of their instructors had acquired a master’s degree from a fake school that is known for giving out fake diplomas, so they had to change up their hiring process.

CSUN accounting major, Orlando Cojolon, thinks it’s mandatory to make sure instructors get screened in a proper process to make sure those faking it will get caught.

“I have experienced bad teachers,” Cojolon said. “Meaning, they either are not well prepared, rely solely on books that they assume will teach us what we need, or simply do not care about the learning students will get. I heard one professor in another institution say this: ‘As long as I get my paycheck, and at least 90 percent of them pass, I’m okay with whatever rate my professor says.'”

Cojolon said he believes universities should require credentials from reliable institutions. He also thinks schools should share how they hire instructors.

Linguistics/TESL Master’s Degree pursuer Rizgar Qasim Mahmmod, 28, has experienced being in a class with an instructor who had a fake degree in Iraq.

“When I was undergraduate student, we had an instructor and some said, having evidence, can prove that she has fake degree but because she was supporting a political party, nobody could say or do anything about it,” Mahmmod said.

Mahmmod said he believes education and the system of education is a fundamental aspect of a successful prosperous country. As an Iraqi citizen, he knows that political parties influence the political system.

“I believe carrying out a specific international test which specified for different majors can minimize the chance for those professors with fake degrees, for example, I graduated at the department of English language, there are so-called professors who cannot speak for 30 minutes in an academic standard English, so why they should teach enthusiastic students for learning English,” Mahmmod said.

Mahmmod also said when he was taught by someone with a fake doctorate degree, all he learned was how to dislike the class and study just for the sake of passing without learning anything useful.

CSUN’s Faculty Affairs department is where to go for all things dealing with educators when getting hired. Associate Vice President Daisy Lemus had some more information about the hiring process and if CSUN has experienced this.

“Yeah, it’s happened before,” Lemus said. “Back in the day, it happened, but that was when the process of getting hired didn’t involve background checks.”

Lemus gave a basic summary of how lecturers get hired and it includes: people applying after seeing ads, getting into hiring pools, getting contracts when picked, and getting picked if they at least have the minimum requirements. When professors are in the pool, they can get hired for the institution.

They also get hired in the spring for the upcoming academic year. Instructors who are hired for tenure, they get a longer process which also involves the dean making the offer to the potential instructor.

In the event that an instructor falls through the cracks and gets hired with a fake degree, they begin to ask questions like, “why did they get hired?” and so on.

“It depends on whose fault it was,” Lemus said. “They work closely with the union and they settle the problems with them. “We have to see ourselves… then we are obligated to let this person go.”