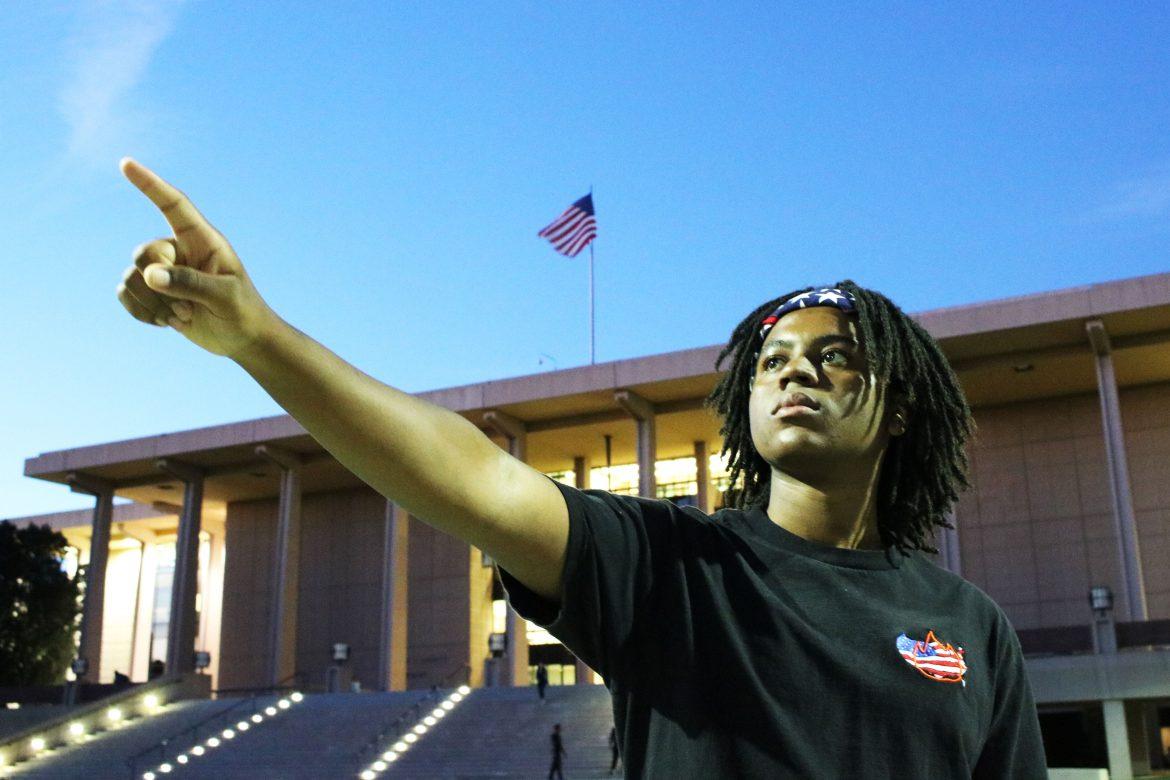 CSUN student and Political Science major Jordan Dixon-Hamilton is walking on two paths but travels on one road.

The senior from Palmdale has his eyes closed his headphones on, and he is listening to the succinct rhythm on of one his songs. Dixon-Hamilton slowly drifts into another world and transforms into the rapper known as J-Hotz.

“I started making music and I remember I recorded my first song when I was 12,” Hotz said. “I used to make YouTube videos and then my camera broke down so I decided to just rap for a video.”

His camera break down turned into his first major song called “Spring Break” four years ago that generated over 4,600 hits on YouTube.

“It was kind of successful and people at my high school really enjoyed it and that really encouraged me to continue to create music.” Hotz said.

J-Hotz stands out because he makes his own beats and he says that the artist he compares himself to is Tyler the Creator.

“I’m unique because I have a different approach about making beats and what I write about when I’m making the beats,” Hotz said. “I feel that Tyler the Creator’s sound is unique where most of the rap sounds the same. I just try to add whatever intricacies I can just to make things stand out.”

Hotz doesn’t consider himself one-dimensional and draws inspiration from other types of music and groups. His influences vary from the ’90s rock group System of a Down to ’80 pop duo Paul & Oates.

“I think having a mixture of influences helps you be more well rounded,” Hotz said. “If you just listen to trap music then you’re just going to produce trap music. You’re going to be stuck in the trap zone and you’re not going to be able to branch out. There’s a lot of different artists out there and there is a lot of great music. I don’t believe anyone should just limit themselves to one genre.”

“I think it’s great to write about songs about social injustice, but I think there’s a fine line about putting socially aware content but without coming off as too preachy.” Hotz said. “So I try to find that line between where it is fun music but where I’m also not trying to tell people how they should live.”

Dixon-Hamilton is following both his passion as an artist but also is pursuing endeavors outside of music. He is hoping that one day he can live his life as Jordan Dixon Williams, a politician but he is still keep his alias that allows him to be free. To create music and beats that leave a velvety and silky taste to the ear.