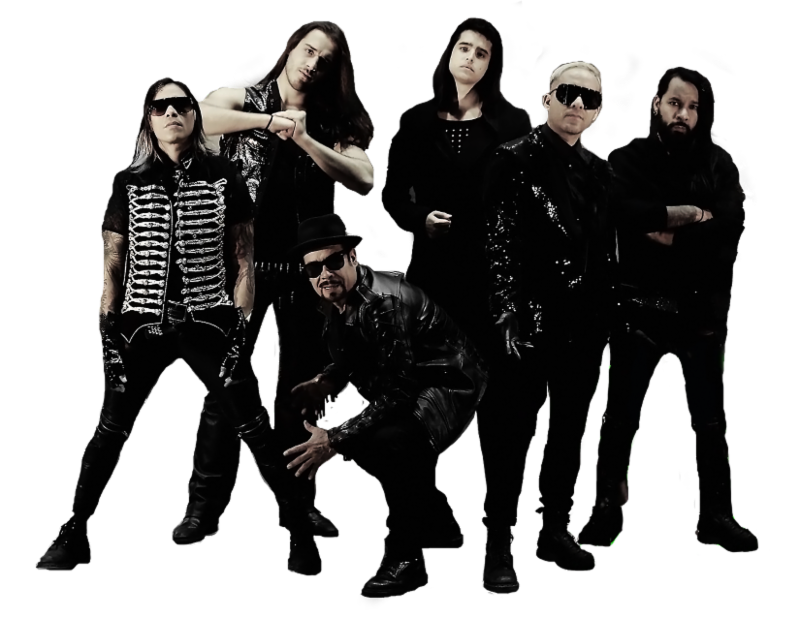 Victimas del Doctor Cerebro celebrates Mexican culture with the horror genre in their music and style. Photo Credit: Courtesy of The Music Joint

Doctor Brain’s Victims is what Víctimas del Doctor Cerebro translates to. The name is a good indicator of what listeners are in store for when tuning into the work of this Mexican band. With the fusion of mythological monsters in their music, for the past 30 years, Víctimas have been one of the major bands of the Latin-American rock n roll boom. Their newest album, “El Rey de los Monstruos” is out, available on all digital platforms.

On December 8th Angelinos can witness a vibrant live show at The Union. They encourage attendees to be prepared because the audience must participate, either by singing along to their songs or being part of the massive mosh pits that their concerts are known for.

As part of the Latin American rock boom, since the early 90s Víctimas have gained popularity for their fascination with dark themes and the supernatural, it’s no surprise then that some of their most famous songs are named “El Esqueleto” (The Skull) or “Cadáver de Amor (Corpse of Love).

Their themes are also a fusion of the horror genre within the Mexican culture. Their name itself honors a villain of the most famous wrestler in Mexican history: El Santo. Of course, the band dedicated him a song in their first album.

To know more about the musical world they created, The Sundial talked to the founder of the band: “El Chipotle” Flores. He provided an insight into the origins of the group, the beginnings of the group, and the band’s experience coming from their hometown of Nezahualcoyotl.

What are the origins of the group?

Chipotle: My whole life I have been a musician. I grew up during the 70s. I didn’t want my kids to be musicians, but my son turned out to be part of Tecnopal. That was the first album we did before changing the name to our current name. The reason we changed it was because there was a contest. In order to enter, you had to be an unpublished band. When we were signing up we still didn’t have a name until our drummer suggested Víctimas del Doctor Cerebro. We all knew he was Santo’s nemesis so we took it.

Coming from the city of Nezahualcoyotl, how did that influence the way the Mexican music industry looked at the band?

Chipotle: We had a lot of struggles because in Neza people liked Urban Rock so we had to go to other nightclubs in Mexico City where they play more pop-rock. But when they would find out we were from Neza they would shut the door in our faces, but as soon as they heard us play they would change their minds. People had this preconception that Neza was a town full of dirt, but that’s not true, there are a lot of talented people there.

After a few years in the industry comes a new band member to the group: Jay de la Cueva. What was your experience working with him?

Chipotle: Jay De La Cueva was a pretty boy looking to take off that stigma and wanted to be a rocker. We made that happen. We worked with him for a year and a half. He began his career as an adult with us because after that he began working with bigger bands like Fobia, until he created his own.

Where does the fascination with the monsters come from?

Chipotle: We are fans of horror movies. In the Mexican culture there is a strong appeal towards death. We are huge fans of the Bella Lugosi films as well as “El Santo.” The niche genre we drive is a concept [death] you can’t escape in our culture.

This is seen in your most recent album “El Rey de los Monstruos,” what can you tell me about that new album?

Chipotle: We’re very happy of achieving another production. Thanks to it we have been able to tour in other countries. We like doing all the other art that surrounds the album from the videos to the promotion, so it’s mandatory for us to make another album. This new project took us back our roots, how we sounded when we first started.

All of their music is now available in Spotify.