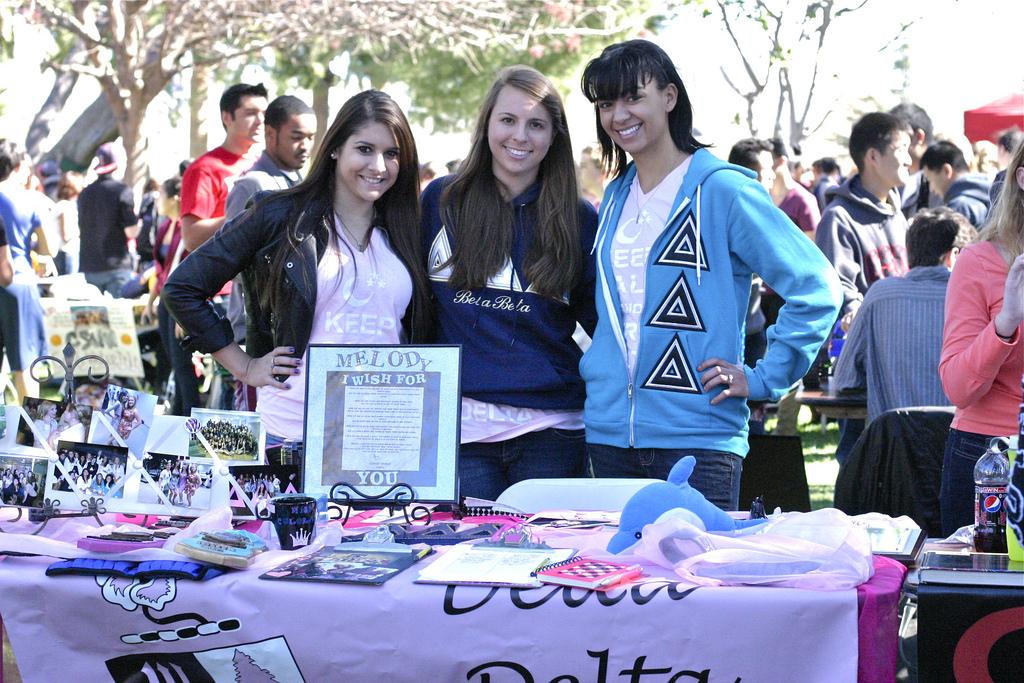 CSUN is known for its huge commuter student base. Due to this, many students try to find numerous ways to get involved on campus and find a network that can be a family, so they can make memories in college, as well as find internships and jobs once they are out of college. While looking for this, many students find a home within the Greek system.

Greek life has been a cornerstone on CSUN’s campus since the 1960s and has been beneficial for the campus and community. Greek organizations are one of the campus’ biggest sponsors for donations. The Greeks are also responsible for the creation of Matador Patrol, which is a student-operated public service organization under the guidance of the Department of Police Services. Matador Patrol members provide free personal safety escorts for students, faculty, staff and visitors on campus, according to the CSUN Matador Patrol website.

Even though CSUN’s Greek community has done amazing things on the campus, it all changed July 1, 2014. Pi Kappa Phi, a chapter on campus at the time, was having a new member event in the Angeles National Forest, during which one of their new members died in a hazing incident. The deceased new member’s body was found by his pledge brothers, his body was badly damaged with tons of blisters and was also barefoot. After the incident, the fraternity was expelled from the campus and recruitment for all Greek organizations was shut down for a year.

Many community leaders and CSUN students wanted Greek life to be taken away from the campus and felt that the community brought more harm than good. Since the incident, the membership of Greek life on campus has decreased.

In the last two years, CSUN Greek Life has decided to rebrand and rebuild back to being a great force on campus. Thanks to our former Greek coordinator, Jamison Keller and current Greek coordinator John LeJay, there have been great efforts made to revitalize the Greek system. CSUN’s Greek system is starting to thrive once again and now is back to full recruitment with five different Greek councils and over 50 different Greek organizations offered, which are themed around a variety of social, cultural, academic and special interest categories.

Since the rebranding of Greek life, each member in the Greek system is required to attend Greek 102 every semester. Greek 102 is a half-day seminar on topics such as hazing, alcohol, cultural appropriation and much more. Since the implementation of this program, hazing has significantly dropped and there have not been reports of cultural appropriation.

The Greek organizations now are even more involved on campus and in the community, with Greek members taking position in leadership such as Associated Students and New Student Orientation. Every Greek organization participated in Adopt a Family this holiday season and helped give food and supplies to low income families for Thanksgiving. Also, all organizations raise money for many causes such as the sorority on campus, Delta Delta Delta, which raised over $14,000 for Children’s Cancer Research this semester.

I am personally a member of Greek life on campus. Due to my network, I have been in student government, as well New Student Orientation, and I got both of the jobs that I currently hold from my connections. I have 60 brothers, who support me and help me grow in everything I do, as well as people from other Greek organizations on campus. I have a big brother in my organization who has mentored me to become a great leader and a great man. I also have a little brother, who I mentor to do the same.

I believe Greek life can be beneficial to everyone in many different ways, due to its diversity. I believe that everyone should give it a chance and be a part of the Greek experience; it is not only here to help you grow but also for the campus and community to grow as well. We all know Greek life on campus has been through some mishaps but everyone makes mistakes, and now it’s time for everyone to see the new and revitalized Greek life.