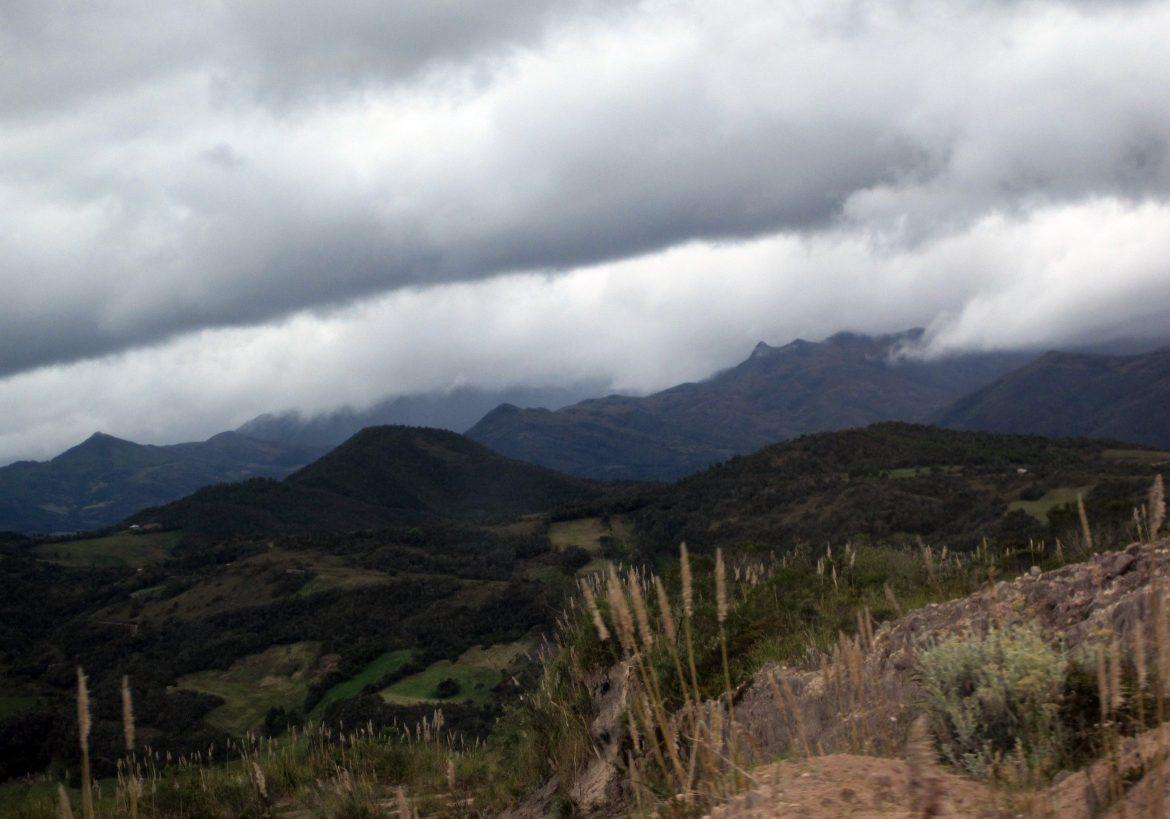 In the Andes, here shown in southern Ecuador, climate change is causing extreme temperature and weather variability, melting glaciers and decreasing agricultural exports. By 2050, climatic effects will cost Latin America and the Caribbean over $100 billion annually, according to a recent report by the Inter-American Development Bank. (Annika McGinnis / MCT)

The country is already in one of the most dire and dangerous political and economic climates of any nation in the world, and this will almost certainly make it far worse then it is now. The country’s current situation has made it impossible for scientists to accurately record and track the final demise of its glaciers up close, which would have provided valuable data for countries next in line for losing all of theirs.

It also is a warning for nations and/or regions that rely on melt water for most to all of their fresh water supplies, and it does not help that a great chunk of that fresh water is heavily polluted and contaminated in most cases. This is not something to be taken lightly when billions depend on melt water that is quickly drying up, with well over a billion in just China and India alone dependent on melt water from the Himalayas that is quickly drying up. Venezuela is a part of the Andes, which are the main source of water for hundreds of millions people in South America, and home to to almost all the glaciers in the low latitude tropics where the sun rays are the strongest year round. A slight rise in average global temperature could push those glaciers into permanent retreat, and that has just happened in Venezuela. It is certain to cascade into other South American nations on the Andes mountain range, creating a continent-wide water shortage. The worst effects of this glacial dry up are going to be on landlocked areas at high elevation (over 1000 meters or 3000 feet) and low latitude (on or close to the Equator), along with areas in dry climates. Being cut off from the ocean and completely dependent on melt water due to the high elevation, dry climate and landlocked factors will mean that the areas may be completely uninhabitable once those glaciers completely melt away. This would displace at least 100 million people, and probably more as landlocked nations across the world run out of water sources with no options for desalination.

The Himalayas and the Andes are only two of the many global regions utterly dependent on melt water. Southern California, where CSUN is located, is also one of the main global regions that rely ultimately on melt water for almost all of its fresh water sources via Northern California and the Colorado River. When I look at Venezuela now after hearing this news, I cannot help and think that this could and will be Southern California in the not so distant future. Our melt water sources could and will likely dry up completely from a warming climate and stronger, longer droughts; we got absurdly lucky with last year’s record amount of rainfall. We were in La Niña last year, which almost always makes droughts worse then usual, and instead we got the largest amount rainfall since the record breaking 1997-98 El Niño event. However, almost all of that record rainfall went straight into the ocean and yet Governor Jerry Brown lifted the multi-year drought restrictions. Now, we are back in La Niña again, and we are almost certain to strike out on rainfall like last year, and go back into a multi-year drought, but this time with restrictions lifted. That is a recipe for running out of water fast, and it may come sooner then we think.

When I see the frenzy of construction for new buildings and developments in LA, the first thing on my mind is not if they are affordable (a close second), but where we going to find the water for all these new buildings and developments. With our current lifestyles, we are already consuming water in LA far faster then it can be replaced, and even more so when our area continues to get dryer. Most truly underestimate the stark reality we are facing, and I also fear that most people will not take this Venezuelan milestone seriously given it is a poor country with an authoritarian regime, weighed under sanctions and travel bans. Most will assume we will be immune to this, because we are a rich capitalist nation and/or because technology will save us. Climate change is indiscriminate, and Southern California will almost certainly face this melt water dry up soon too.

With a truly existential crisis on our hands, we had better watch Venezuela closely as it has now become a “canary in the coal mine” for the damages of climate change.