Matadors Take 3 of 4 to Open Second Half 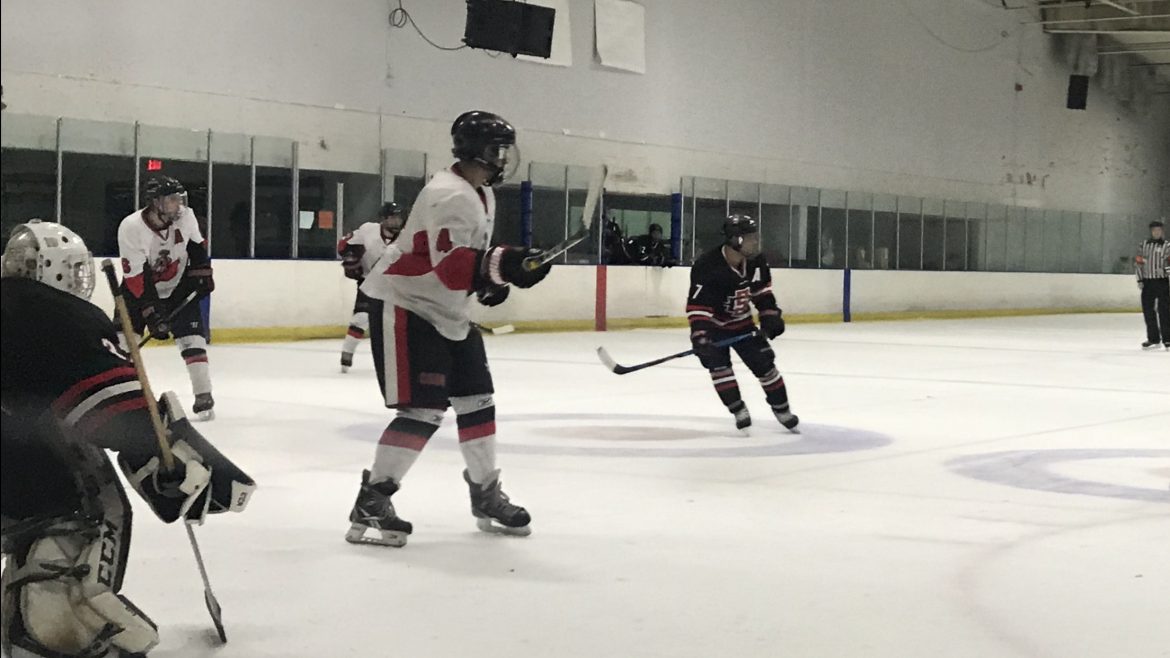 CSUN’s hockey team retook the ice following their winter break and opened up with winning their first three out of four games.

The Matadors defeated Chapman 15-0 before going on break. CSUN would hold nothing back as they defeated their West Coast Hockey Conference foe this go around, 22-1.

Quentin Abaya and Levi Bolls both had their first career hat tricks to lead the Matadors.

“It felt good to get my first career hat trick here in Division II,” Abaya said. “It want to carry it over into our upcoming games against Texas A&M and San Diego State University.”

“It was fun,” Bolls said. “I just shot the puck and decided to have fun this game, and that’s what happened.”

New addition Andre Ramirez had two assists as the Matadors make a run for the regional playoffs.

“It’s awesome,” Ramirez said. “I’m just glad that the guys were willing to let me on half way through the season, embraced me and feels like another family.”

The Matadors made history as well by having all six of defensemen score in the game.

The Matadors returned home and defeated Texas A&M in both games due to strong performances by CSUN goaltenders.

Last season, the Matadors traveled to College Station, Texas to face off against the Aggies. The Aggies played spoiler by defeating CSUN, 2-1 to stop the Matadors from pulling off the Texas sweep at the Texas Showdown.

A quick goal in the opening minutes for the Matadors got them off to the quick start they needed. Andre Ramirez found Alex Marbach and the Matadors would continue to fire at will.

CSUN added two more goals in the opening frame from Cam Rorick and Evan Wright. The Matadors sat well with a 3-0 lead after the first period.

“Great passes from [Matt] Hoover,” Rorick said. “Great team effort all around, and that’s all that we can ask for.

The Matadors faced adversity as the second period got underway. A penalty late to CSUN at the end of the first carried over in the second. The Aggies seized their opportunity and started gnawing away at their two goal deficit. A&M then added a second goal just 22 seconds later.

“That was a tough game for me,” Sepe said. “Coming back from break it my first game back but luckily the team played well and allowed me to get into the game.”

With the new line of Ramirez, Jack Mackston, and newly awarded winger from defenseman, John Michael Laurin, this line would be a crucial help for CSUN this weekend.

“I’ve developed chemistry with my new teammates and my line mates,” Ramirez said. “I’m looking forward to the rest of the season with them. We’re just clicking on all cylinders right now. We’re working hard together.”

Ramirez helped reopen the goal gap by assisting Mackston on CSUN’s fourth goal of the game.

“This line works really well,” Laurin said. “It consists of all hard workers. We went out there and showed that we really wanted it.”

Defenseman, Matt Bushton, also helped CSUN pad their lead by adding in another goal, extending their lead to 5-2. Since returning from injury, Bushton has been lighting the lamp lately for CSUN.

“It’s a tight family of guys with this team,” Bushton said. “Everyone fits in well and if everyone goes their job, then it’s going to turn out well.”

CSUN turned on the burners in the final period by adding another goal from Mackston and Will Lesik, sealing the win for the Matadors, 7-2.

The second game with the Aggies wouldn’t be so lopsided for the Matadors. Laurin and Rorick opened the opening frame with two quick goals that were scored just 14 seconds of each other but the Aggies gave CSUN a fight.

A&M added their first goal of the game just 28 seconds after Rorick’s and a dribbling puck found its’ way through the padding of goal-tender, Brendan Kalvoda. At intermission, the teams skated locked at two.

Bushton added another goal to his weekend for CSUN giving the Matadors the lead once again.

“I am surprised with the scoring though; not used to that,” Bushton said. “My physical presence is what I’m more used to and it is just part of my game and helps the team out.”

The game went into the final period with CSUN clinging to a 3-2 lead. Getting closer to a 200 career points mark, senior captain, Reints, extended the Matadors’ lead just 16 seconds into the third period.

“Feels great being that close, Reints said. “I was just hoping that I could of got it here at home this weekend, but we’ll have to try for it during our trip to Minnesota.”

John Blascoe pumped in CSUN’s final goal of the night securing the Matadors for their seventh consecutive win.

“It was a fun game,” Eli Berengut said. “They beat us last year and we definitely wanted to come out with a W. We came out strong with our hitting and were able to finish them off.”

On the final game of the four game set, the Matadors welcomed a familiar foe, No. 8 San Diego State University.

The last time the Aztecs came to Simi Valley was for the WCHC Conference Championship game and the Matadors defeated them, 4-3.

The Aztecs struck early and stuck often repaying the Matadors for their last season success.

A scramble in front of the Matadors’ net and just three minutes in, SDSU saw an early, 1-0 lead.

The Matadors could not stay out of the penalty box and the Aztecs made CSUN pay. SDSU added their second goal via the powerplay, giving them the one goal advantage going into the first intermission.

“We came out strong but we couldn’t get the bounces we wanted all game,” Reints said. “We couldn’t capitalize on our powerplay and we need to practice that to get our win streak going again.”

CSUN scrapped back with speed and physicality with SDSU. Trailing only 3-1 entering the final period, CSUN needed to answer back but could not.

“I felt the last couple of games we came ready to play,” Rorick said. “Today, it was kind of rough. It was a different team, different style. I feel next time, we will be more prepared for that style of game.”

Another goal in the third gave the Aztecs the cushion they needed to seal the win. Ramirez added his first collegiate goal with seconds remaining in the game.

“It was fun,” Ramirez said. “It wasn’t the way we wanted to end the game but we know that in this league every goal matters. We played to the buzzer and I got a lucky bounce and though we ended up losing, it was by two instead of three.”

SDSU secured their win at 4-2, and the seven game winning streak of CSUN came to an end.

“One loss after two games and an early morning game to hard to come out on,” Laurin said. “Were going to keep moving forward; come out and practice on Tuesday and keep our heads up for Minnesota.”

The team’s spirits remain high as they focus on the second half of the season. This weekend, the team will fly out to Minnesota and Wisconsin and play a three game set.

“It was a big weekend,” Berengut said. “We are just out of the standings for regionals, and we need to try to win every game out for the rest of the season.”

The team opens their weekend Thursday night against Minnesota State- Mankato and the next two games against Wisconsin- Eau Claire.

“We know what we need to do in Minnesota,” Abaya said. “We have to get the job done, play our hardest and take it to them.”

“We are going to push through and keep winning games,” Rorick said. “Have got to continue to play these games like they are our last.”

The Matadors will return home Thursday, Jan. 25 and face off with Washington University.