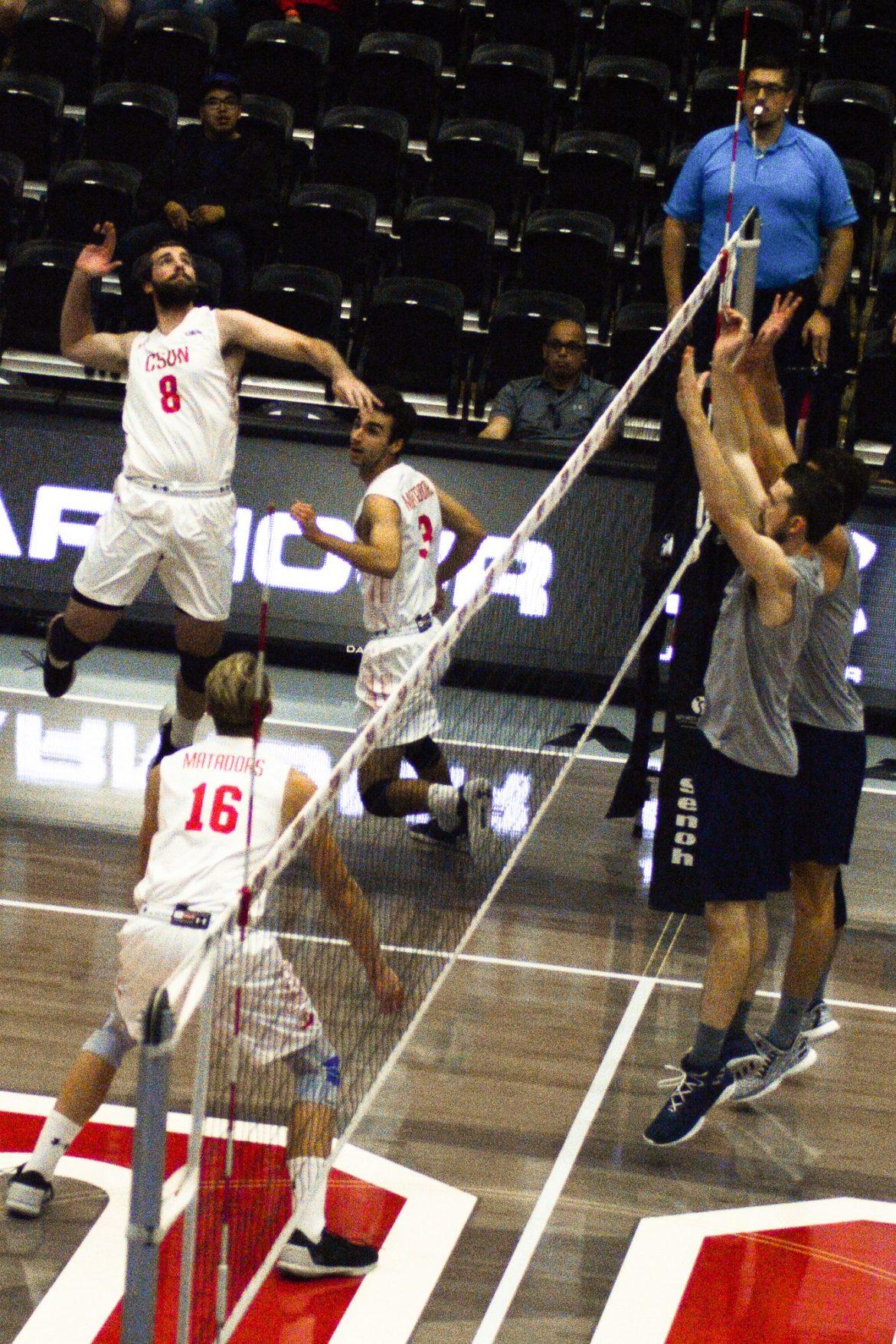 The expectations have never been higher for CSUN’s men’s volleyball team. The Matadors return a slew of experienced players as the Matadors seek their first appearance in the Final Four since 2010.

CSUN is the seventh-ranked team in the country and has started the season winning their first four games. The Matadors continue to be one of the most competitive teams in the toughest conference in the country for men’s volleyball. The Matadors could reach the National Championship game for the first time since 1993 when they fell to UCLA.

Coach Jeff Campbell feels this is the year his team will get over that hump and give CSUN its first Division I national title in its athletic history.

“We have depth that we haven’t had in a long time,” Campbell said. “We have some very special players that love to work hard and they have good character. Our goal is to win a National Championship and we feel like we can compete with anybody.”

Arvis Greene: Last season, the outside hitter became the first All-American honorable mention from CSUN since Kevin McKniff and Jacek Ratacjzak were named to the team in 2010. It’s no coincidence that both McKniff and Ratacjzak were on the last CSUN team to reach the Final Four. The pressure is now on Greene to exceed what his predecessors accomplished. In 2017, Greene averaged nearly four kills per set and had a hitting percentage of .305. The senior later competed for the United States in the Pan-American games.

Ksawery Tomsia: Tomsia is a second-year player who is coming off a full season’s rest after missing 2017 due to issues with residency. The sophomore from Poland is an added high-velocity hitter and will work in combination with Greene. Tomsia had seven kills in CSUN’s three-set sweep over UC Merced.

Josiah Byers: The senior middle blocker can cause problems with his extreme length and athleticism. Byers led the Matadors last season in blocks and will be called upon again to protect the net while providing stability when the team counters offensively. Byers last season hit .388 and averaged 1.41 kills per set.

Eric Chance: Chance will play alongside Byers to protect the Matadors up top. Last season, Chance played 25 matches. This season he is expected to get much more playing time and to team up with Byers at the net.

Emmett Enriques: Enriques, who transferred from Cal Baptist and originally from Hawaii, will be CSUN’s libero. Enriques will attempt to provide stability and balance the Matadors defensive back row.

Sam Porter and Schylar Lillethorup: The two setters are currently in competition to win the starting role and both are expected to see significant time on the floor before the Big West Conference play starts. Porter was the team’s primary starter last season, but Lillethorup showed success at the AAU level. He received the AAU All-American title four times and the MVP title in 2012. The fight for the starting position will likely continue until the team faces eighth-ranked Loyola-Chicago on Jan. 27.

Games to watch: The Matadors have a long-standing rivalry with Long Beach State and the two teams will square off for a two-game matchup starting March 22nd. The matches will not only be a prelude to a potential Big West title matchup but the two teams could see each other in the National Championship being held at Pauley Pavilion.

Outlook: The Matadors have been on the cusp of winning a National Championship for quite some time. This year, however, things could be different given the depth CSUN has at all positions. CSUN has made it clear during its hot start that an NCAA title is what the team is chasing.

“We are all feeling really good and feeling very confident,” Greene said. “We have a nice starting core for two years and we all trust each other. We are connecting with our setters, we are serving really well and we just need to keep playing great.”