The 2 sides of smoking marijuana on campus 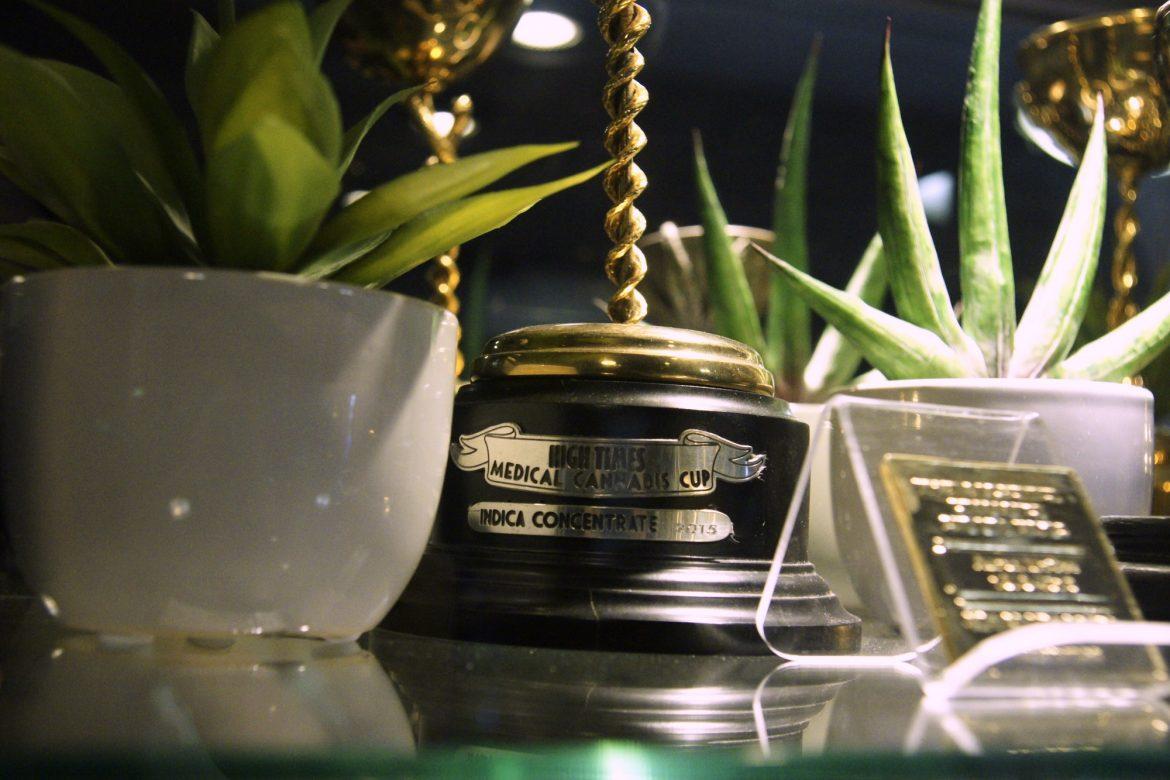 Chrissy Welsh, a cashier at the Alternative Herbal Health Services in West Hollywood (AhhsWeHo): "The HIGH TIMES Cannabis Cup is like an Oscar in our business. And we got a couple of them." Photo credit: Evgeniya Emolkina

Recreational use of marijuana for adults 21 and over is now legal in California. Under proposition 64 users can now possess and smoke marijuana in their own private homes but trying to smoke marijuana in a public place or college campus is still illegal.

CSUN, like many other college campuses, receives federal aid. To continue to receive federal aid universities are required to follow federal law by maintaining a drug-free campus since marijuana is still illegal under federal law.

“Would I rank it as a huge issue? No. It’s not one of the top five problems we have at CSUN,” Glavin said.

As for special precautions CSUN police services might take, notices from student affairs have been sent to students in the past to serve as reminders. Increase in marijuana cases on campus is possible but at the time aren’t expected to increase due to legalization.

Marijuana consumption is already a minimal problem and any confusion is limited to a small number of students.

Glavin also clarified that in addition to usage, sales, cultivation, possession and distribution on a college campus is illegal. Students that bring marijuana to campus can be written up for violating the student code of conduct and can possibly be arrested by CSUN police.

“They don’t need to reiterate the policies because there haven’t been any new issues with people trying to smoke on campus,” Resendez said. “I think people understand that they still can’t legally smoke in public places. Legalizing it wouldn’t change people’s perspective on that.”

Despite it still being illegal, many believe that marijuana should be allowed on campus. Jessica Russo and Brittany Smith, a cashier and budtender respectively, at Alternative Herbal Health Services believe that allowing students to consume marijuana on campus can offer benefits.

“I think it should be legal to use on campus,” Russo said. “I know it helps a lot of people. A lot of people from my last job would come in and want something to focus on studying.”

Smith believes that marijuana helps people every day because it is used as medication. She believes it’s only reasonable that students be allowed consumption as well.

“What’s interesting with it legalized now, for example, people in the professional environment think that they can be stoned now, and their job won’t care but if the place has policies and procedures you have to follow them,” Welsh said. “So, it is what it is with school and it was your choice to go there.”