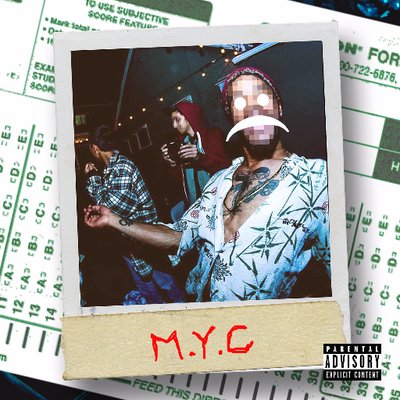 Former CSUN student Jacques Guidry, professionally known as Souleaux, released his debut album “M.Y.C.” on New Years Day. His lyrics reflect on existence, growth, the experience of being a young adult and spirituality, over ambient guitar strings and alternative beats. Including songs “Lost & Found” and “The Void”, this album sets the bar for the year ahead in concerns to Souleaux’s future work.

Originally from India and now located in Thousand Oaks, Abhi the Nomad’s combination of indie and hip-hop is a unique style coming out of the valley. His latest album, “Marbled”, comes out Feb. 9 and is available for pre-order on iTunes and Spotify now. Including songs “Mama Bling” and “Sex n’ Drugs” featuring Harrison Sands and Cooper King, that have almost 2 million plays on Spotify, the anticipation builds for Marbled and the rest of Abhi The Nomad’s year.

Panorama City native Eric Jones truly emerged into the valley’s hip hop scene when he released his first EP “Books vs Beats” to go along with his clothing line in 2016. Jones released his newest track two months ago and we can’t wait to hear more from him in the new year.