CSUN graduate honored for volunteer efforts during the Thomas Fire 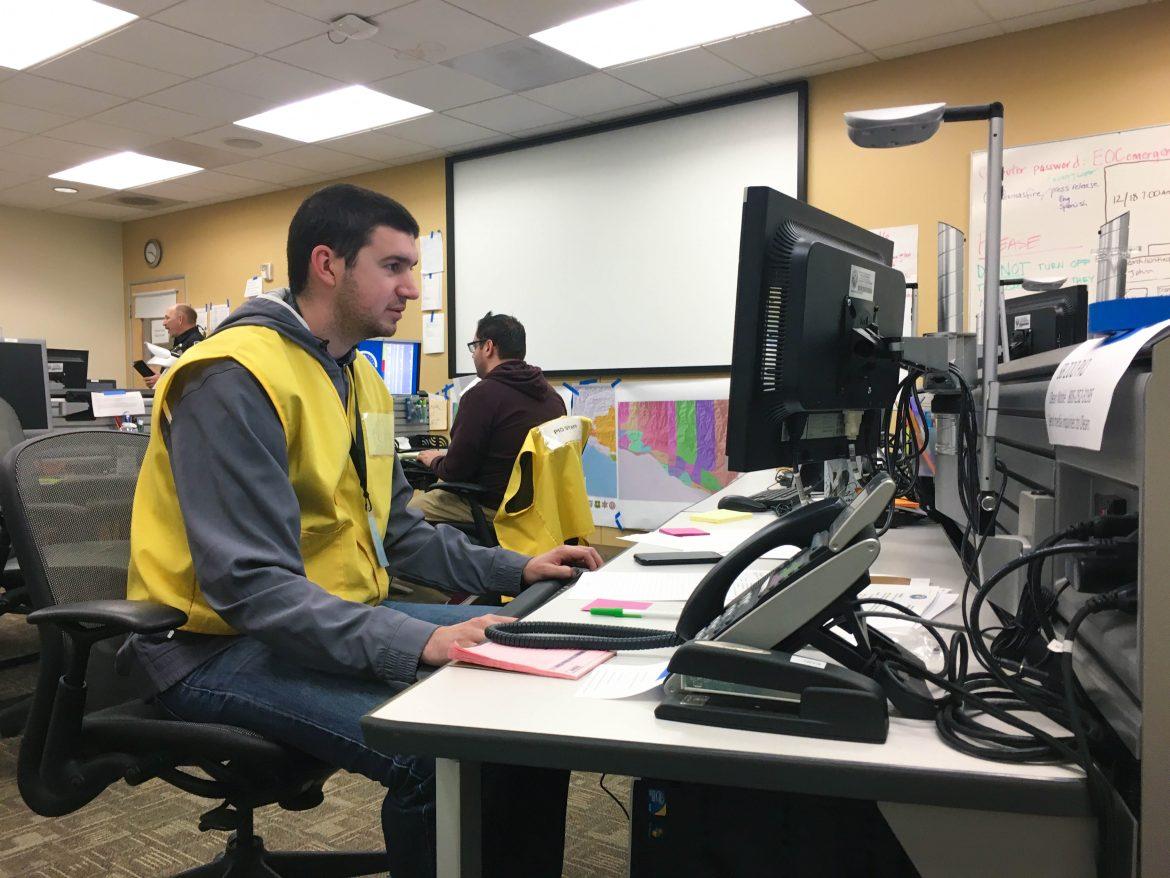 CSUN alumni Kevin Strauss was called into action as a communications officer to help facilitate the evacuation of people and animals during the Thomas Fire. Photo credit: Kevin Strauss

The Santa Ana winds ignited a series of wildfires, spreading from Ventura to San Diego in early December. The first fire, the Thomas Fire, engulfed a total of 281,893 acres and made its mark as California’s largest wildfire on record. Twenty-eight-year-old CSUN graduate Kevin Strauss was one of the first responders during the Thomas Fire.

Strauss, a Communications Specialist for the City of Santa Clarita, submitted his name for California’s Emergency Management Mutual Aid (EMMA) plan, run by the Governor’s Office of Emergency Services (Cal OES). He was ultimately chosen as a public information officer to assist with communications plan in the Joint Information Center (JIC).

“When we got the call for PIO assistance we asked Kevin to be prepared to go. He had his bags packed and when the official ask came on a Saturday afternoon – he was up there that evening,” Strauss’s boss, Carrie Lujan, Communications Divisions Manager/PIO for the city of Santa Clarita, said.

The Thomas Fire grew and reached other counties the following day. By the end of the week, there were a total of seven fires. Governor Jerry Brown and Los Angeles Mayor, Eric Garcetti, declared a state of emergency. However, Strauss was not called until Dec. 16 where he was in Santa Barbara for seven days.

As a public information officer, Strauss worked inside the County of Santa Barbara’s Emergency Operations Center (EOS) where he worked to provide accurate updates and information as quickly as possible.

“Initially, I was nervous about what my role would be at the EOC since every situation is new,” Strauss said. “My only concern was that people were paying attention to our information that we distributed and heeding our safety warnings.”

On Dec. 18, Strauss did a Facebook Live video at Earl Warren Showgrounds about the animals that have been evacuated. The video focused on two reindeer returning home from the Santa Barbara Zoo. He also worked on another video on Dec. 20 in partnership with the Santa Barbara County Sheriff’s Department that focused on the damage the fire caused and explained what role the Sheriff has in property protection and access control during evacuations.

“Kevin was an essential part of the public information team, his experience in social media allowed the Joint Information Center to get vital information to displaced residents,” Lujan said. “We are proud of the work Kevin did and his dedication and willingness to go above and beyond to help others.”

Strauss was honored by the city of Santa Clarita for his volunteer efforts during the Thomas Fire in Ventura County. At the end of it all, Strauss was just one of the hundreds of volunteers who worked to help save lives. His efforts have not gone unnoticed.

“I would tell anyone who wants to help in situations like this is to look inside yourself and analyze your skills. Whether you are good at writing, or construction, or have the financial security to donate money, each of us can do something to help someone in need,” Strauss said.