Spring semester kicks off with spirit at the USU 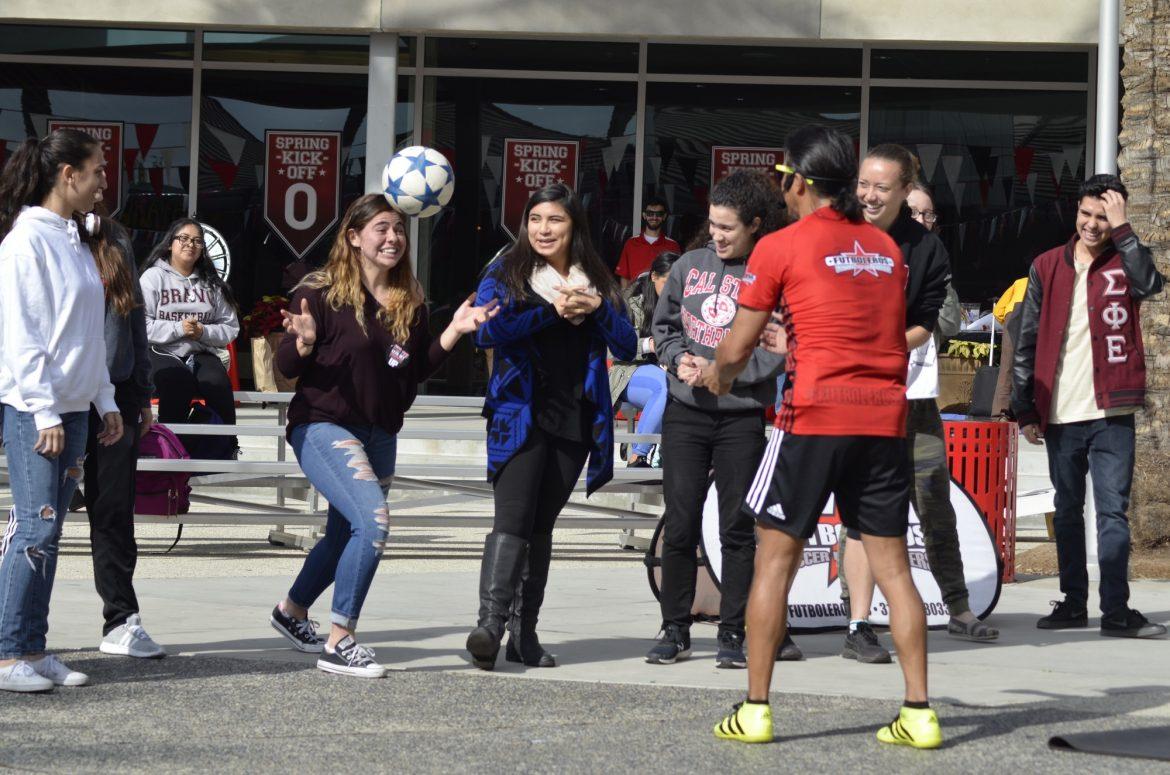 The annual event, sponsored by USU, aims to kick-start the new semester by getting students excited about being on campus again after a long winter break.

DJ Mal-Ski emceed the event treating the crowd to a seamless soundtrack as well as leading a Simon Says contest as part of a free swag giveaway.

Business management major Julia Boham-Mendoza was in attendance celebrating her 21st birthday playing games with friends. When asked how she heard about the event, Boham-Mendoza said, “I just heard it and walked over!”

Celebrating their 10-year anniversary and returning to CSUN for the second year was the Futboleros, a local team of soccer ball trick performers led by owner James Ortega. The group dazzled spectators demonstrating amazing skill and control of both ball and body. The team concluded their performance selecting students from the crowd to participate in a soccer-inspired mental game.

Mechanical Engineering student Kelsi Dunne was drawn to the Kick Off for the free food and fun. “I won a sweatshirt too, so that’s good!” Dunne said following her win in the Futboleros challenge.

CSUN Cheer made an appearance pumping the crowd up with energetic dance and death-defying aerial acrobatics.

Ever present was our beloved Matty who made the rounds, took time out for photo-ops, and challenged some lucky students to a game of life-size Jenga.