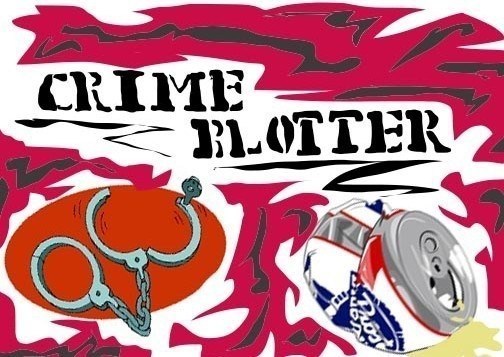 CSUN PD officers arrested three underaged suspects for trying to break into a car in the F8 Parking Lot. They held the suspects at the CSUN police station but eventually released to family members with notices to appear. Campus CCTV system captured the incident.

An unknown suspect stole an unattended backpack at the Jerome Richfield Hall between 11:00 a.m. and 1:45 p.m.

A suspect was arrested in the B3 parking structure for displaying an unauthorized disable placard. The suspect was released with a notice to appear.

An unidentified suspect hit a vehicle from behind at the G3 parking structure around 9:15 a.m. The victim parked the car but could not find the suspect or his vehicle.

Two hubcaps, a plastic vent and a piece of molding was stolen from a vehicle in the B3 parking structure by an unknown suspect.

At 2:50 am, CSUN officers apprehended a suspect at the corner of Nordhoff and Balboa for possession of controlled substance paraphernalia. The suspect was brought to the CSUN Police Department for booking.

The tailgate of a vehicle was stolen by an unknown suspect at the F10 parking lot.

An unknown suspect hit a vehicle at the G3 parking structure. The suspect left a note but the victim received no response upon contacting the number.

A victim’s wallet was nabbed from her bag while walking to class from her vehicle at the G3 parking structure.

An unknown suspect tried to break into one of the units in the University Village Apartment building I. A window screen was removed and the door’s weather stripping was damaged.

An unidentified suspect broke the glass of three vending machines on the third floor of Sierra Hall.

At 7:20 pm, a known suspect stole a victim’s cellphone during an altercation at Bayberry Hall in the University Park Apartments.

A suspect was arrested at the B3 parking structure for displaying false registration tabs on her vehicle. She was released on the scene with a notice to appear.