Arcade’s grand opening takes Northridge back to the past 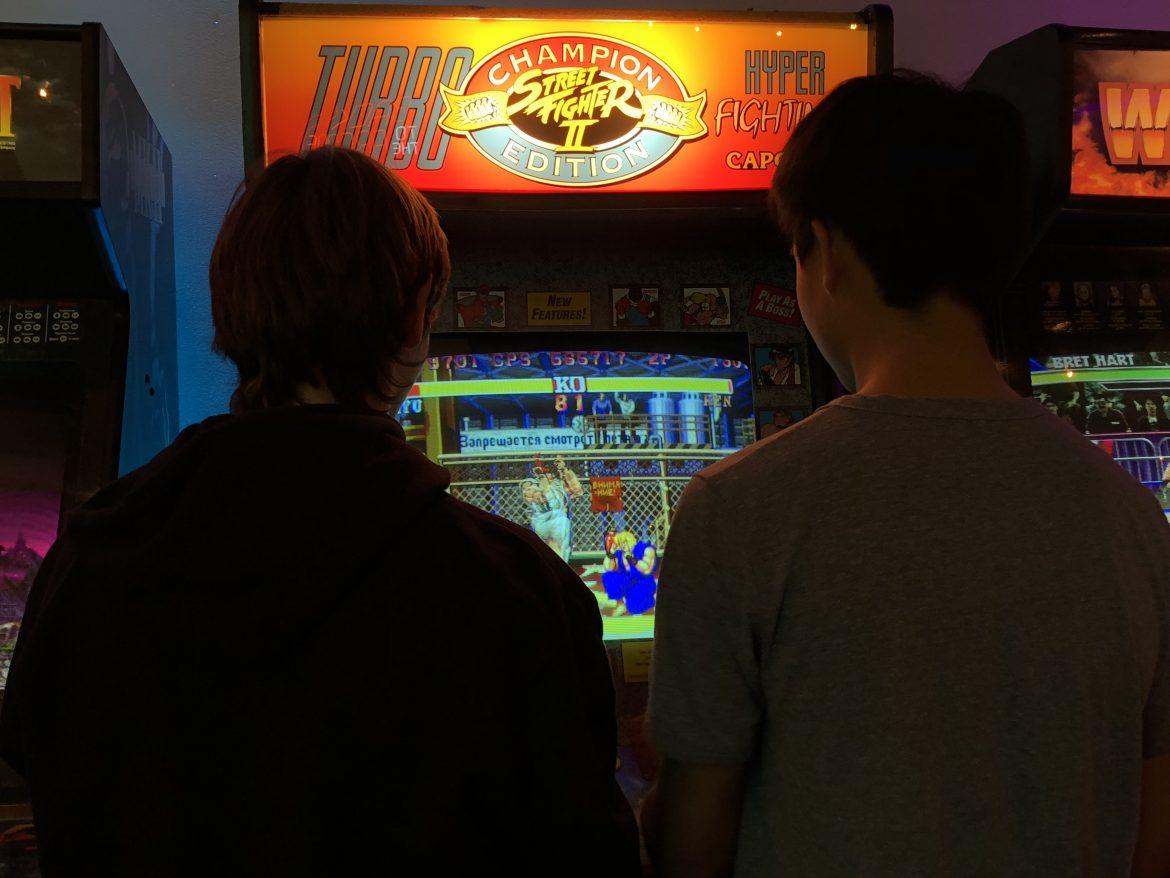 There was a line of people outside of the door on Reseda Boulevard, anticipating their turn to play their favorite titles from the ’80s and ’90s. Each group had a designated time slot for the grand opening of Neon Retro Arcade on Friday, however, the thought of reliving childhood memories through some of the most loved 16-bit characters kept spirits high.

Inside, players are met with a room illuminated by neon signs and the displays of each arcade machine. The clinking of the Funhouse pinball machine, the pixelated explosions from Asteroids, the low-quality grunts from a fight in Mortal Kombat 2, these are few of many sounds that welcome each player entering the arcade.

Each person holds a different expression depending on the game they’re playing. Whether it be the frantic yelling from an extremely close Street Fighter match, to the focused gaze from trying to destroy that last alien in Galaga, players of all kinds were unified under the same roof that night.

“The beauty of this place is that everyone enters with a smile on their face,” Co-owner Mike Gunther said. “Everyone has that one game that brings them back to being a child.”

Neon Retro Arcade started off as a personal collection of arcade games of San Fernando couple, Mike Gunther and Mia Mazadiego. They first started having parties at their house where people of all ages came over and played from their collection. Eventually, with Gunther’s technical knowledge of the machines and Mazadiego’s business prowess, the two were able to open their first location in Pasadena in 2015.

After receiving overwhelming support, the couple expanded their business closer to home with the opening of the Northridge location.

“For us, it’s really about the community,” co-owner Mazadiego said. “We just felt like there was a need to develop these things in our community instead of places we don’t live in or participate in.”

Despite the popularity of gaming consoles and gaming computers, Gunther wants to provide patrons with the social aspect that classic arcades had.

“I play a lot of games on consoles, but it’s different if you’re playing multiplayer. It just doesn’t have the same social element,” said Gunther. “Being able to bring a place like this where people can have fun with their friends shoulder-to-shoulder playing the games, it’s an experience we wanted to recreate.”

The arcade’s opening was met with enthusiasm. The Facebook event announcing the grand opening had received around 10,000 responses from people showing interest in attending.

“There were no local arcades so we thought we’d check it out,” said 23-year-old Jose Garcia expressing his excitement with his father. “Me and my dad like talking about video games so we talk about his old generation and it’s good to see all the games he used to play.”

Neon Retro Arcade will be open seven days a week opening at noon on weekdays and 11 a.m. on weekends. The arcade will close at 10 p.m. every day.