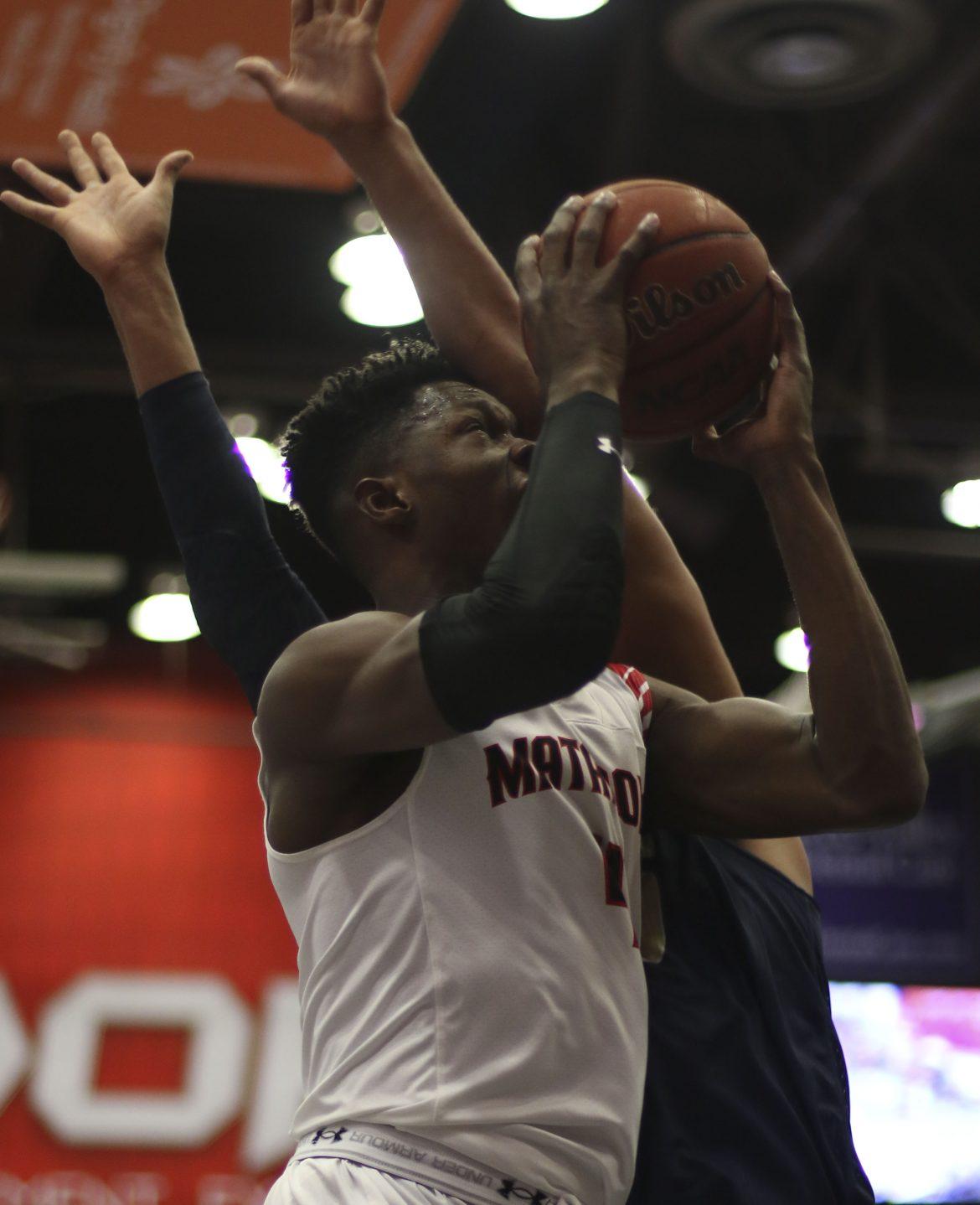 With 3:27 remaining in the game, Matadors guard Terrell Gomez hit a big three-pointer to cut the deficit into a one-point game. CSUN needed to continue the momentum that got them there, but the Aggies were able to get to the free-throw line close out the game on a 10-4 run.

The run proved to be the turning point late in the game and UC Davis defeated CSUN 63-56.

Senior Reggie Theus Jr. led the Matadors with 18 points on 7-of-9 shooting from the field and Tavrion Dawson had 10 points and a game-high 13 rebounds. Freshman Terrell Gomez also finished with his first career double-double with 10 points and 10 assists.

It was a hard-fought game, but the effort still came up short for CSUN (5-17, 2-6) who have now lost three straight games in conference.

“We got to make the right plays down the stretch, you can’t foul, it’s a momentum changer,” CSUN coach Reggie Theus said. “We turned the ball over, those were the runs, the foul to stop our momentum when we were down by 1, they killed us.”

CSUN allowed a 9-2 run to begin the game, a 9-4 run to end the half, and a 10-4 run to finish the game. UC Davis Siler Schneider was a big reason for that who finished with 15 points and 8 rebounds of his own.

“The little things make the difference to win games, players make plays,” Theus said, “Down the stretch we didn’t get to the rim and we didn’t get good shots. The opportunities were there but there’s nothing you can do when you turn the ball over.”

CSUN shot the ball better then UC Davis but the turnovers late in the game proved costly. Coach Theus credited his team’s defense in the game in the loss.

“Holding teams under their average is a tribute to your defense,” Theus said. “We are in this game because of our defense. We take pride that we are in the top of the conference right now with our defensive numbers.”

“Seventeen turnovers, that’s not good, we need to take care of the ball more,” Theus Jr said. “We are improving every game though, we had the opportunities to beat them, and we just need to do a better job on closing games out.”

CSUN will now travel to UC Santa Barbara (17-5, 6-2) who is in first place in the Big West Conference. They will begin their three-game road trip on Saturday, Feb 3rd. Tip-off is at 7 p.m.