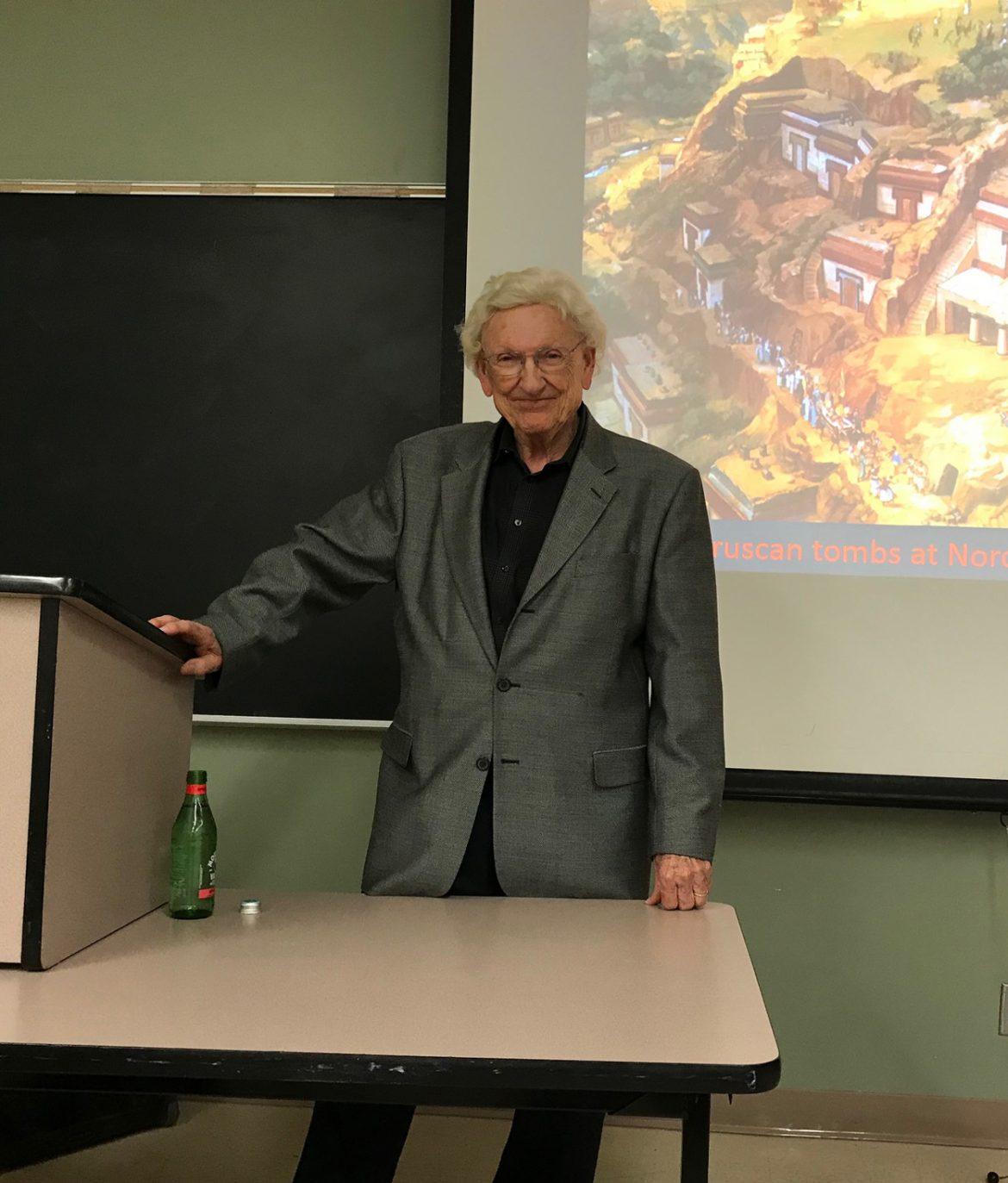 Professor Robert Cleve is retiring this semester after teaching in the history department for 33 years. He got his bachelor’s degree in history at CSUN before continuing to get a master’s and doctorate at UCLA where he specialized in Ancient Rome. He taught at other colleges and universities in Southern California before he snagged a place in CSUN as a lecturer in 1985.

“I love the students, the college atmosphere,” Cleve said. “It’s hard to let it go.”

Cleve hailed from a small town in North Carolina. He enlisted in the Air Force at 19 years old where he served for 20 years as a communications technician. He was stationed in Japan where he met his wife of 62 years. During his last year in the Air Force, he was working at the Van Nuys airport and decided to stay in California after he got out.

He was the first one in his family to go to college. Reminiscing about his college days, he remembers a lot of student protests on campus during the Vietnam War.

“The culture has done a 180-degree turn,” Cleve said. “There was much more life on campus back then. Students and professors are always on campus. The library was full of students. Now, everything is on the computer. Even professors do their stuff at home. The culture has changed.”

Cleve has seen a lot of changes on campus. He was here during the 1994 Northridge earthquake that took down Sierra Tower and damaged a lot of buildings in the area.

Susan Fitzpatrick Behrens, History Department chair, has worked with professor Cleve for 14 years. She admires his passion for teaching and his commitment to his work. She remembered how students would always go to Cleve’s office, which was across the hall from hers, and he would spend hours talking to them.

“His biggest contribution has been his example — he is a presence in the department,” Fitzpatrick said. “While younger faculty sometimes complain about teaching and workload, I have never heard Dr. Cleve complain about the five classes he teaches each semester.”

Cleve is retiring to care for his ailing wife and moving to Franklin, Tenn where his daughter, two grandsons and a great-granddaughter live. He started writing a book that he hopes to finish during his retirement. With his passion for Ancient Rome, he wants to visit Italy again where his family has always traveled for summers.