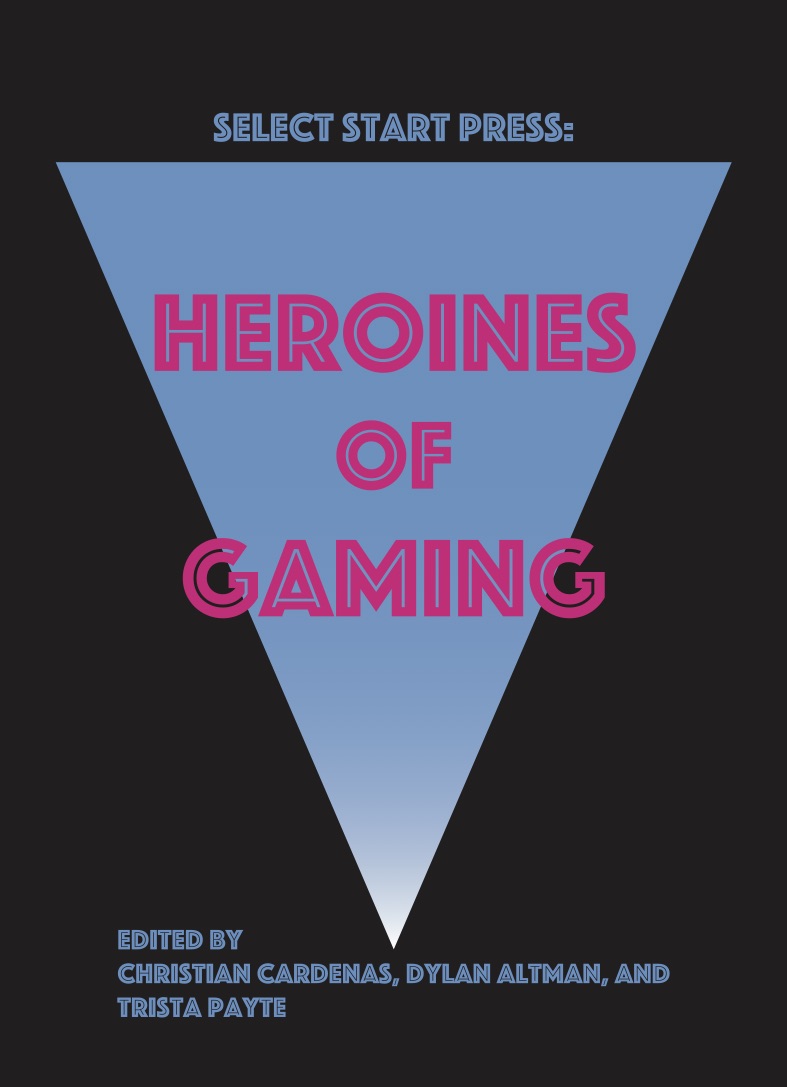 Their love for gaming and their roles in academia pushed CSUN alumni, Dylan Altman and Christian Cardenas, to work on projects that raise the level of discourse about video games. Altman and Cardenas released their new book “Heroines of Gaming,” an anthology that delves into female characters in video games and the impact on players.

This is the second book that was released under their publication, Select Start Press, since they started in 2016. As avid gamers they wondered about the lack of scholarly conversation about video games and that is what they aim to do with Select Start Press.

“We wanted to elevate the conversation about video games, not just reviews but how they’re challenging gender norms and contributing to dialogue about race and social class,” Altman said. “We want to be able to discuss video games like literature.”

Altman is an adjunct faculty member in the English department, who graduated with a bachelor’s in English and a master’s in creative writing. Cardenas teaches at Fusion Academy in Los Angeles and got both his bachelor’s and master’s degree in creative writing at CSUN. Trista Payte, guest editor for “Heroines of Gaming,” is a professor in the English department and also works as the writings program coordinator at the Learning Resource Center.

Payte has been a longtime friend of Altman and was originally asked to write a piece for the book.

“Roughly half of video game players are women, yet their representation in the games is skewed,” Payte said. “Representation matters. Like all our other mediums, video games are reflective of the world that generates them.

“We need to examine how female-bodied characters have been and continue to be depicted in part as a means of understanding ourselves. But we also need to remember that these games have the ability to shape their players in really powerful ways. They represent a potential catalyst for change.”

“Heroines of Gaming” includes essays from players around the world with the foreword written by Keza MacDonald, video games editor of The Guardian. This year-long project started with a call for papers to universities and listers across the globe. It talks about different video games such as Metal Gear Solid, Zelda and Dishonored.

“These essays are emotionally charged — discussing how seeing these female characters have their lives chosen for them and how they can see that in the near future, video games are pressing against that,” Altman said. “Now there’s more growth — in who they are as characters and the people who want to play them.”

Their first book, “What Your Teachers are Playing,” looks at a wide array of video games, from Mario to Star Wars Battlefront, through the eyes of professors. It looks at gaming experience with a critical lens, delving deeper into its storyline, gameplay and characters.

“You can play a video game for fun but it’s good to look at it with a critical gaze and be aware of what it’s doing,” Altman said. “There’s a lot of games out there that are really worth talking about.”

Altman talked about some of the noteworthy games in the market right now such as Dishonored 2 that celebrates female characters and empowers them to conquer and overcome something, and Bioshock Infinite that raise discussions about class and race.

“I have been playing Horizon Zero Dawn over the last month, and its wide array of diverse female characters in addition to its larger-than-life heroine is striking and encouraging,” Payte said. “But there is still a lot more ground to cover. Games like that are certainly not the norm.”

Their next book is only in the planning stages but they are looking at parenting from a gamer’s perspective and the issues and differences that arise from it.

“Video games shape us, even as we shape them,” Payte said. “They are a mirror, albeit a slightly distorted or exaggerated one, that allows us an opportunity to better understand ourselves. Video games are a fantastic medium because you get to be another — to step into them, body and mind — what a great opportunity to learn empathy and gain perspective. There are such great opportunities to shape and reshape social norms within them.”