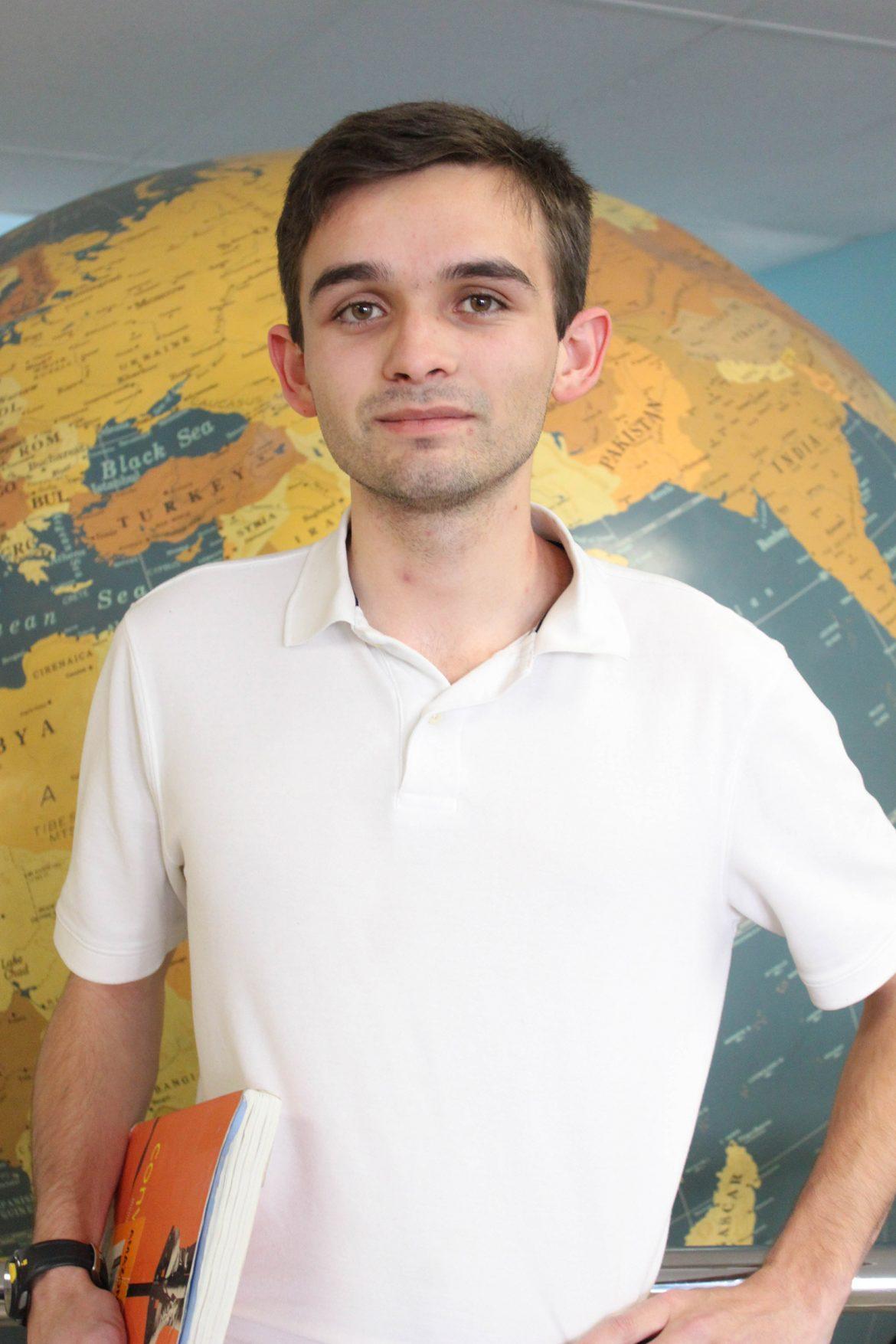 As Justin Clark prepares to dig into the core of the semester, it seems there are more pressing matters for this 18-year-old freshman than worrying about midterms or joining fraternities. He is five-feet-six inches of adolescence, attempting to face other candidates who have probably worked in public service longer then he has been alive.

The Libertarian candidate is running for state assembly in the 45th district that includes the area of Encino, Woodland Hills and Tarzana, after Matt Dababneh resigned in Dec. 2017.

Clark feels his grit and tenacity has made him remotely visible. He has made himself available by knocking on doors, getting signatures in hopes of getting on the April primary ballot.

Clark is competing against six other candidates, including former City Council member Dennis Zine, who announced that he entered the race last week. Clark tried to run against Dababneh before the former assemblyman resigned after being accused of sexual assault.

“I challenged him because in my free time I go chasing public records,” Clark said. “In 2016 I poked around some records that were open to the public and found out Dababneh was receiving contributions from major financial institutions that included Wells Fargo and Chase while serving as Chairman of the Banking and Finance Committee,” Clark said.

Clark’s co-campaign manager, Jake Hurwitz, thinks he resonates with voters because he hasn’t had time to establish a political affiliation.

“He sees a lot of the problems that real Americans and Californians are dealing with right now that he knows he can solve,” Hurwitz said. “He’s so smart and he really knows and understands the people of his district.”

Clark’s adviser and strategist, David Biederman, says Clark has a stance that is progressive, moderate and bipartisan in principle. The challenges he faces against other candidates are only in comparison to the work he has done on his own to get noticed by voters, according to Biederman.

“One of the reasons why I think his age comes in as an advantage is people are getting tired of establishment politicians, both on the Democratic and Republican side,” Biederman said. “He really has a sensible way of thinking where politics have become so polarizing that he is on the forefront of amending that polarization and speaking to a grander audience.”

Clark says it’s his goal to be one of the most diverse candidates and thinks it takes more than being proficient in one aspect of government to have a successful career in politics.

“You can’t just devote your time to one issue while other issues continue to grow worse,” Clark said. “Our water system is outdated, we have one of the worst roads in the country and we are affected by a drought, while states who aren’t in the same climate region aren’t as affected because they have invested in water infrastructure.”

Despite the tough road that lies ahead with this semester and into campaigning season, Clark knows he can’t do it alone.

“I can’t develop my ideas alone and I remember there was a time where Congress members used to hire experts to help them,” Clark said. “Now you have legislators that think they know it all and they essentially have a degree in every field you can imagine, but they don’t. They need to know their limits so they can craft solutions with the help that they need to create something that is going to be effective.”