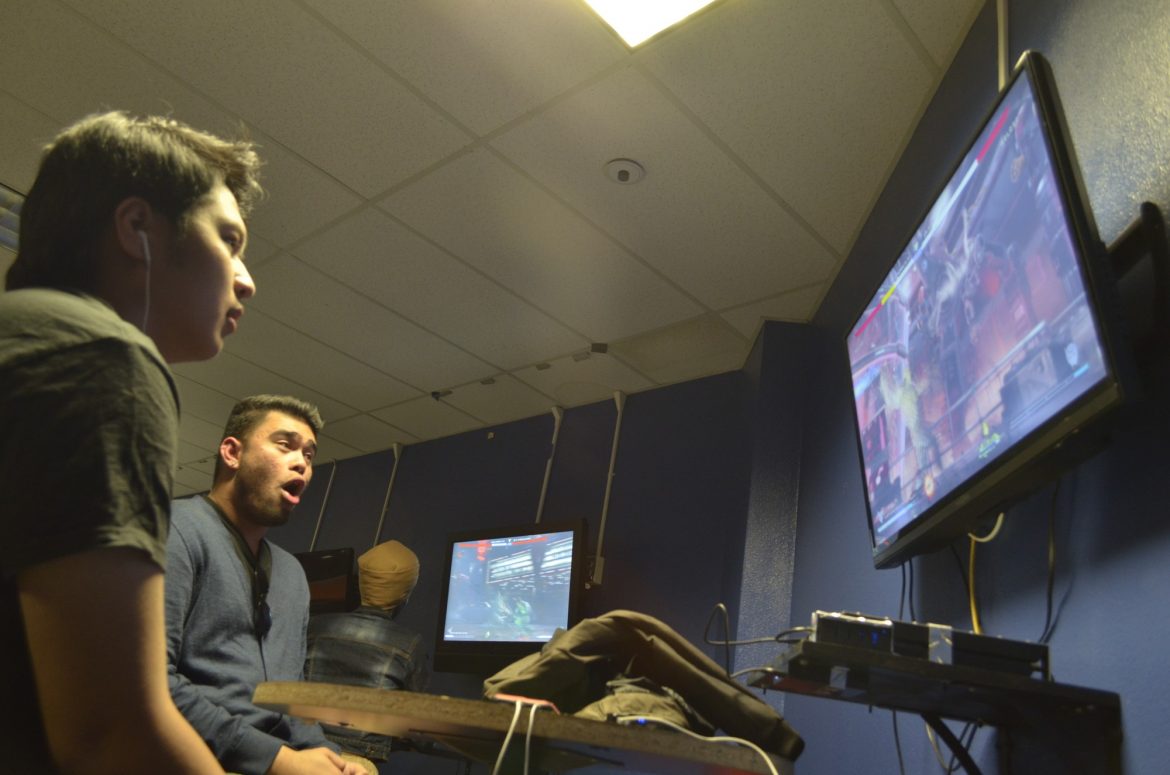 CSUN gamers converged on the USU Games Room Tuesday night to battle in the Injustice 2 Tournament, the first of eight USU-hosted videogame tournaments to be held this semester.

Students from many disciplines gathered to test their mettle in the double-elimination tournament against 10 of the most skilled Injustice 2 gamers on campus, many whom have been playing since the game’s U.S. release in May 2017.

Injustice 2 was developed by NetherRealm Studios, the reincorporated successor to Mortal Kombat creators Midway Games which filed for bankruptcy in 2009. The game incorporates many of the same conventions of Mortal Kombat game play and features the largest catalogues of DC comic characters to pit in one-on-one battles.

Civil Engineering major Dominic Enero quickly made his way through the prelims using one of his favorite characters, Swamp Thing, a character Enero says is generally unpopular.

“I have a habit of choosing characters that other people think suck,” Enero said.

According to Enero, Swamp Thing is known as a slow jumper which makes the character more vulnerable, however he deals more damage without the use of special attacks allowing Enero to take advantage of his opponent’s mistakes.

On the other end of the tournament, nursing major Sohail Rahman was dominating the field with his favorite character, Poison Ivy.

Rahman and Enero met in a late prelim round which pitted Swamp Thing against Poison Ivy.

“Your Swamp Thing is terrifying!” Rahman said of Enero’s gameplay.

Ivy sent Swamp Thing into the losers’ bracket where Enero resumed a string of victories leading him back to the best-of-five final match-up against none other than Rahman’s Poison Ivy.

Learning from his previous rounds with Rahman, Enero decided to use Batman and let him take on his most seductive nemesis hoping to gain an edge with the man in black’s superior agility.

When the dust settled on-screen, it was Poison Ivy still standing crowning Rahman this year’s Injustice 2 champion and winner of a $25 gift card to Game Stop.

Rahman plans to use his winnings to help purchase Dragon Ball FighterZ, a game he says is like Injustice 2 but with Dragon Ball Z characters.

USU will be hosting its next tournament on Tuesday February 20, 2018 featuring the hit Nintendo game Super Smash Bros.