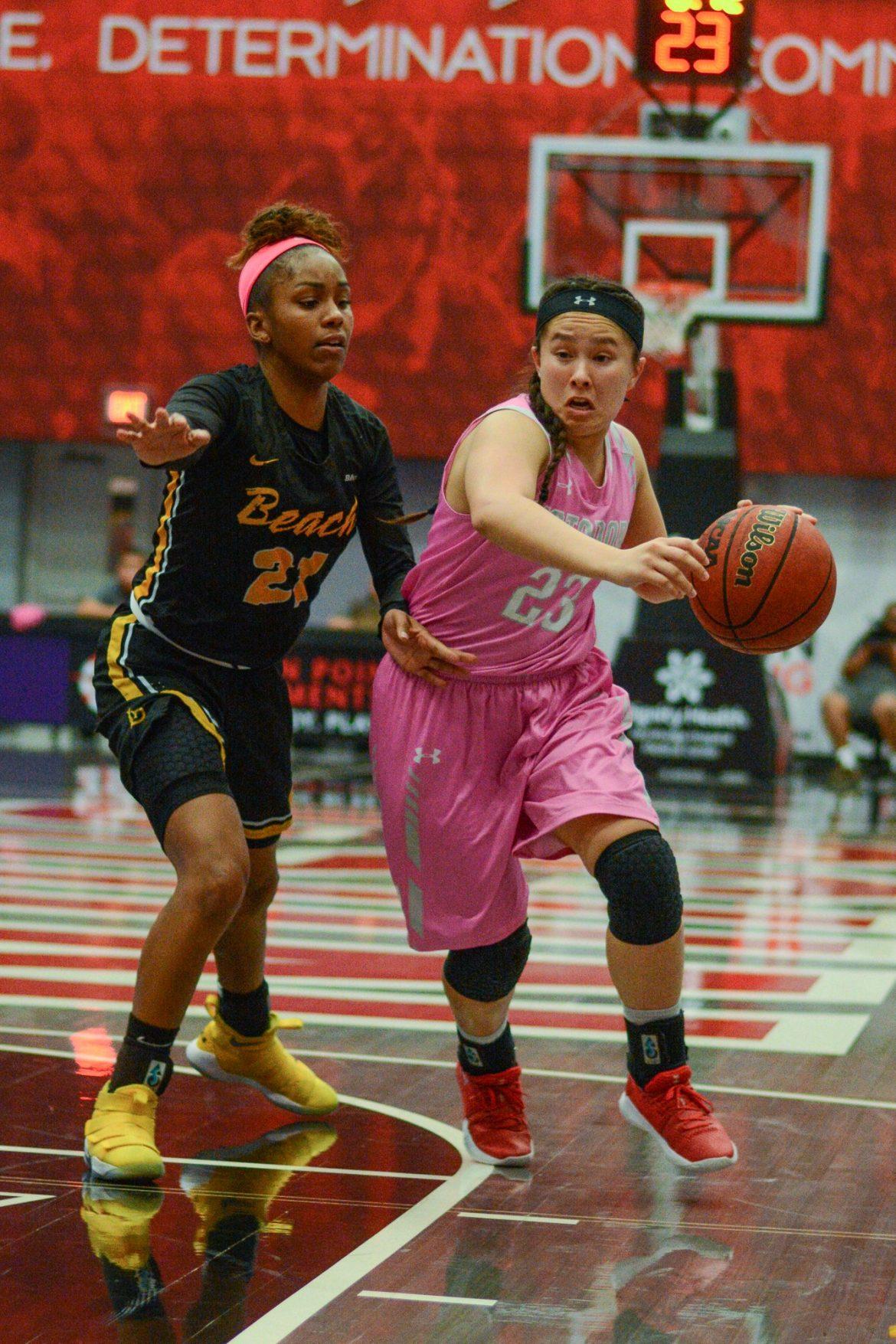 CSUN Matadors were up for most of the game, until the 3rd quarter with 4:01 remaining, the Matadors lost the lead on a key three-pointer from Long Beach Jessica Gertz, and the 49ers never looked back.

The play proved to be the beginning of a 15-3 third quarter run for the 49ers against the Matadors as they were never able to regain the lead for the rest of the game.

Senior Tessa Boagni led the Matadors with a team-high 19 points on 7-of-10 shooting from the field, 4-of-5 from the three-point line and Junior Channon Fluker recorded a double-double with 10 points and a game-high 14 rebounds.

It was a great effort for the Matadors, but still couldn’t pull it off with a win, as CSUN (13-11, 6-4) snap their three-game winning streak on the upset loss.

Long Beach not only shot the ball better overall, but they also won the turnover battle with only 10 to CSUN’s 20. The turnovers late in the game proved costly and hurt the Matadors to lose the game.

Coach Flowers talked about how ball security can affect the outcome of a basketball game.

“The taking care of the basketball part is the one that has killed us in other games and it killed us again tonight,” Flowers said. “Regardless of who we play, it comes down to what we do and how we execute. On Saturday we took care of the basketball and tonight we didn’t, we threw the ball around the gym, they made us pay, and took advantage of it.”

Long Beach’s Shanaijah Davison led the team and scored a game-high 29 points. She shot 11-of-22 from the field, to go along with 6 steals and 4 assists.

“When we execute and do what we are supposed to do, I thought we scored the ball offensively,” Flowers said. “When we got away from that, when we turned the basketball over is when we got in trouble. The game plan is to come back to work tomorrow, get better and go out and let it fly on Saturday.”

The Matadors went on to play UC Davis on the road Saturday. They were defeated 46-72.