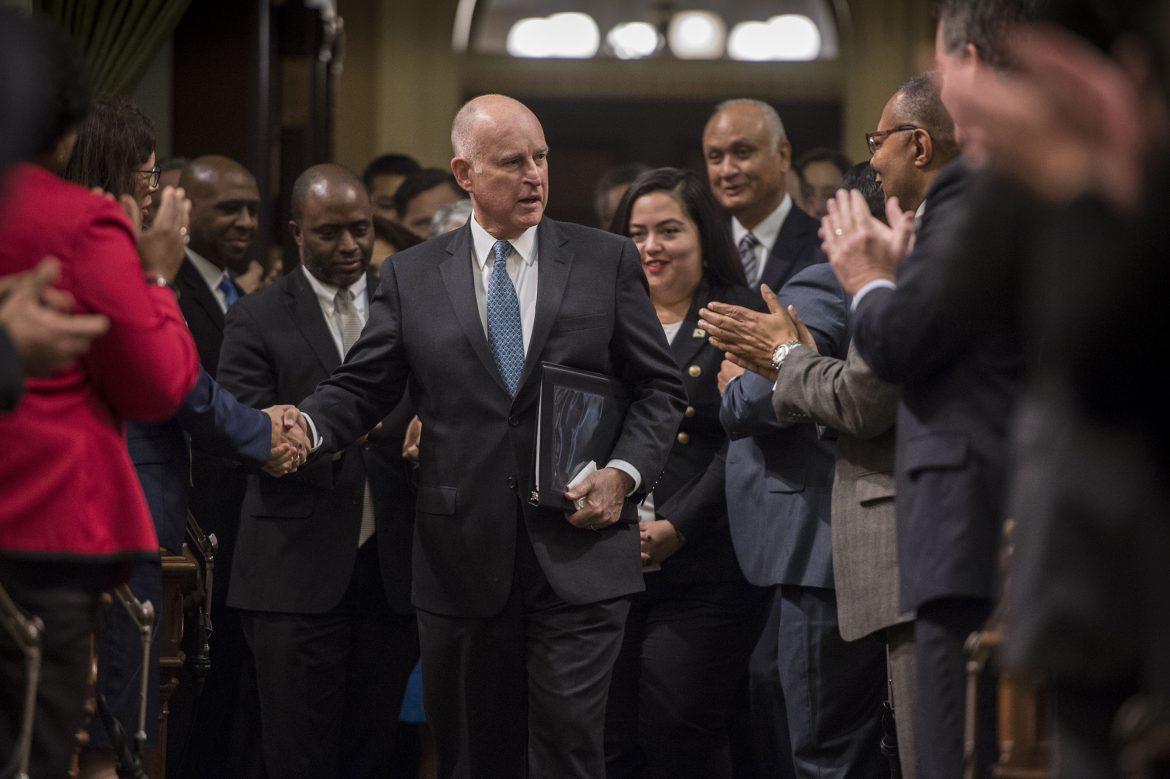 It is Jerry Brown’s last year as governor of California. Brown was elected as California’s 34th governor in 1975. He’s been a governor twice, as well as an attorney general, mayor of Oakland, secretary of state, state Democratic Party chairman and a three-time candidate for president.

During his time as Governor, Jerry Brown had a list of “to-dos” which included the state’s high-speed rail programs and plans for tunnels to carry water southward underneath and around the Sacramento-San Joaquin River Delta. Both plans have yet to come into completion.

Gavin Newsom, a 50-year-old Democrat, has been California’s lieutenant governor since 2011 and Mayor of San Francisco for two terms, from 2004 to 2011. According to the Los Angeles Times, “Newsom proposed a statewide initiative to toughen California gun laws and threw his support behind another measure to legalize the recreational use of marijuana. Both initiatives were passed by state voters in the 2016 general election.” Newsom is currently in the lead with 26 percent of votes.

According to his campaign, John Cox believes “there are two Californias – the one we have, and the one we could have.” Cox has a plan to cut the budget of the legislature by a third, saving millions of dollars, and allowing people to run for office as a “public service instead of a career.” John Cox comes in second with 11 percent of votes.

Former Los Angeles mayor Antonio Villaraigosa comes in third with 10 percent of votes. LA’s first Latino mayor since 1872 says, “his campaign will focus on rebuilding the middle class and assisting Californians who have been ‘left behind’ in the new economy, along with improving public schools and repairing the state’s deteriorating roads, bridges and other infrastructure” according to the Los Angeles Times.

Though California has made a recovery from the 2008 recession, John Chiang knows that there is still more work to be done, and is working to ensure people have access to affordable housing, college affordability and an eminent retirement. As California’s next potential governor, he plans to fight for the security of Californians. Chiang is currently in fourth place with 7 percent of the votes.

Lastly, Delaine Eastin, the only woman elected as California Superintendent of Public Instruction, comes in last with 4 percent of the votes. Her reason for running? “We must reinvest in education, from preschool through graduate school, provide universal healthcare for all, build an economy that works for everyone, fight climate change and protect the basic rights and dignity of all Californians. California needs someone with a brass backbone, and that is why I am running for Governor” according to her campaign.

Primary election for Brown’s replacement will be held on June 5, 2018, and soon after, the general election on Nov. 6, 2018 where two candidates with the highest votes, regardless of their political party, will advance.