A look into the mind of Chӕ 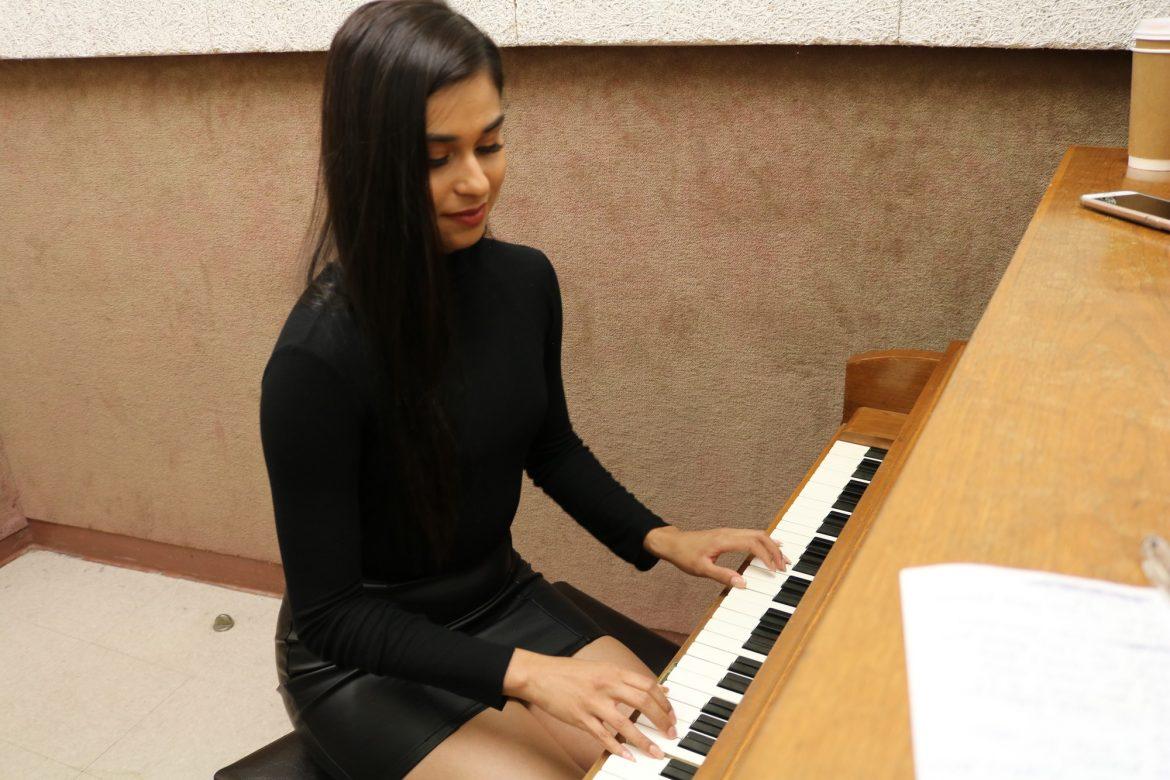 While in the process of songwriting, De Silva adapts to her persona as chæ Photo credit: Jacob Pascua

De Silva brings her messages of self-acceptance and equality through her music. Her songs mix the R&B, Soul and Electronic genres into a passionate blend complemented by her sultry voice.

De Silva got her beginnings as a singer in her church’s choir. However, a lot of her inspiration to pursue music and the arts can be significantly attributed to both of her parents.

“My father is a ‘closet guitarist’ as I like to say. He was part of a small band growing up in India,” said De Silva. “My mom is also quite musical and artistic. She’s a painter and she dedicated her life to the arts.”

Although musically inclined, De Silva’s father never continued music outside of that band due to his need to financially support his family. Her mother ended up getting a master’s and doctorate in French and holds a UAE government job. However, both parents never stopped supporting the arts.

“When I was born I definitely showed a lot of interest in the arts with performing, with music and my parents saw that and immediately put me into and supported me in those activities,” said De Silva. “I was put into dance classes and piano lessons and such. I’ve been doing music ever since I was a child.”

De Silva first came to America from Dubai when she was 16-years-old. She attended Walnut Hill School for the Arts in Natick, Massachusetts, and continued her education at Berklee College of Music in Boston. In pursuit of starting her career as Chӕ, she moved to California this past year. She is currently attending CSUN to get her master’s in Music Administration. However, when in the studio recording or at the piano writing a song, De Silva takes on another persona she calls Chӕ. De Silva had a mission when she started her Chӕ project, and that was to help the women in her audience to realize the dominance that they can have.

“Chӕ’s a persona that emulates the strength and predatory instincts of the female nature,” says De Silva. “Just like any predator, we [females] are built with these instincts and due to society and due to tradition, we have been stripped of those attributes and have been forced to confine ourselves to a depiction that has been drawn on from generation to generation.”

According to De Silva, Chӕ is supposed to shed light on the more dominant sides of women, especially in the Middle East. The persona of Chӕ is taken after the mythology of Nymphs and Sirens. Nymphs being the more beautiful and graceful side of women, and Sirens having more of the predatory instincts hidden away.

“We need to hone these instincts. It’s okay to be aggressive, it’s okay to have dominance,” says De Silva. “But also it’s a part of our nature to be elegant, to be feminine, to be graceful. But we must hone both sides, we’ve only been taught to be proud of a set of characteristics that’s only half of our makeup.”

Although this concept is becoming much more prevalent in the West, the Eastern countries, especially the environment De Silva comes from, women are mostly docile and silenced. But through Chӕ, De Silva aims to be the voice to tell women to accept themselves as a whole.

In her latest single “Never Gonna Change” with North American producer Soloh, Chӕ portrays a story, addressing the image of the devoted spouse trying to force herself to fit the role of a perfect housewife.

In what De Silva explains as a dream she had, Chӕ is a prostitute in the 1920s who plays an outside role watching this scene between a cheating husband and wife unfold. The wife tries to maintain her ideal image of a wife by staying subservient and loyal to the husband. She tries to look past his mistakes but begins to realize the grim reality of her husband’s unfaithfulness. Chӕ is commentating from the side, trying to tell the wife that the husband will never change his ways.

Soloh’s groovy, rhythmic production is paired with Chӕ’s soulful vocals to give this story a tasteful electronic-funk and R&B flavor.

De Silva currently has a few more songs in the works and plans to release her EP this summer.