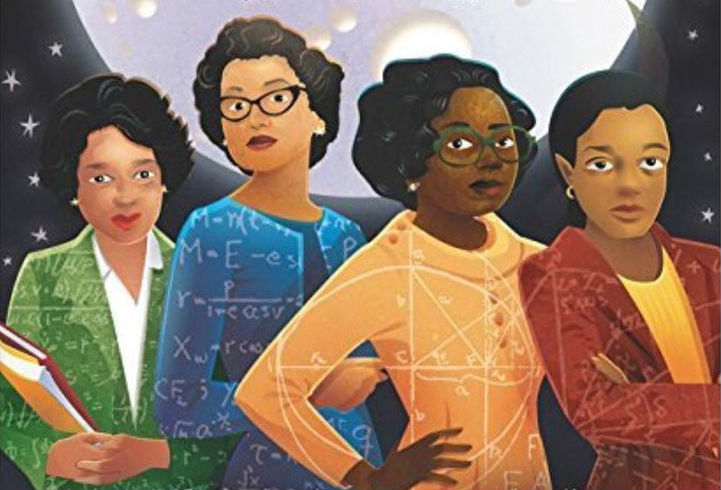 Part of the original cover art for Margot Lee Shetterly's "Hidden Figures" (Harper), which was then popularized in the Oscar nominated film by the same title. (Tribune News Service)

There is undeniable sense of strength that is in a black woman. We thrive. We succeed. We have beautifully disrupted the system in which we live. With elegance and grace and the foundation that was built for us, we lead. And when today’s social constructs attempt to overshadow our achievements, we “reclaim our time” to be heard – thank you to Maxine Waters for coining that term. I believe it is more important now than ever to affirm to young black women that they are capable. The women before us set the foundation onto which we can now build the house.

Let me remind you of just a few of black women who cemented our foundation:

By their words: Dr. Maya Angelou once said, “There is a kind of strength that is almost frightening in black women. It’s as if a steel rod runs right through the head down to the feet.” A poet and activist, she was known for her powerful and unforgettable words that still are on repeat in my mind today. Her sass and gracefulness made you feel loved and empowered.By their brilliance: Last year, we were captivated by the formerly untold story of NASA mathematicians Katherine Johnson, Dorothy Vaughan and Mary Jackson, in the film “Hidden Figures”. These women were game changers to NASA’s space achievements, but unfortunately with little recognition. Learning their story was important to me, even though I found frustration in the fact that these amazing women were not represented in my history books.By their leadership: According to the New York Times, the late Dorothy Height dedicated her life to leading black women. She served as the president of the National Council of Negro Women from 1957 to 1997, along with being a founding member of the National Women’s Political Caucus in 1971. Her leadership abilities led her to advise multiple U.S. presidents during her years of advocating for civil rights. Although we only hear about a very few black women during the Civil Rights era, Dorothy’s impact was large and remains prominent.

Black women have been able to reach so many different industries today. Film director Ava DuVerany, a profound storyteller and the woman who brought us the films “Selma” and “13th”, is making waves in the entertainment industry. Young women like Marsai Martin, star actor from ABC’s “Black-ish”, have taken a hold of these spaces of opportunity that have been created. As reported by Variety, at age thirteen, Martin is executive producer for her first film for Universal Pictures. Go Marsai!

Even during times when we feel weak or incapable, the community of uplifting black women tells us we are not. We do not always have to maintain a posture of being unbreakable. We need safe places for black women to fall on each other’s support, where vulnerability is welcomed and our strength is not diminished because of that. This is how we succeed.

Because of the words of Maya, the brilliance of our NASA women and leadership of Dorothy, we have the tools to create spaces for opportunity.