CSUN blows lead in the eighth 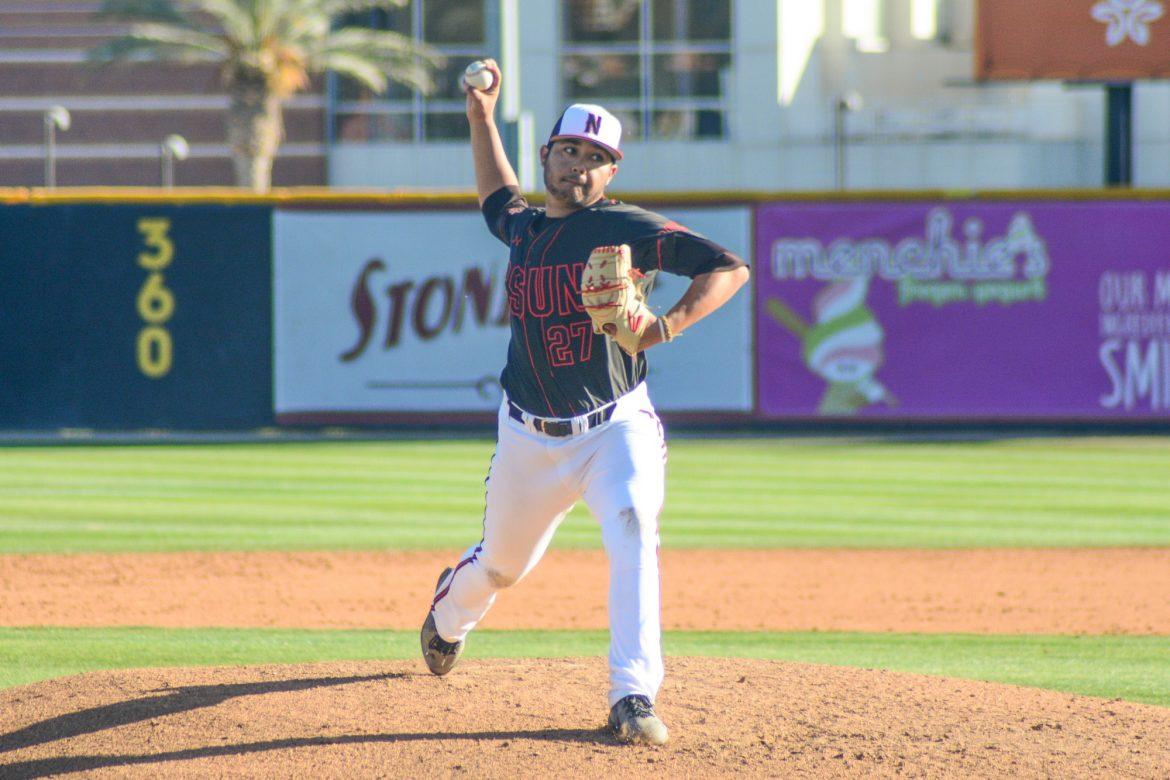 CSUN pitcher Matt Acosta came into the game late and needing to hold a lead after his team had fought back earlier in the game. Unfortunately for the Matadors, Acosta could not shut the door.

Acosta gave up three runs in the eighth inning including a two-run double to David Clawson and BYU after blowing an early lead, rallied to defeat CSUN 10-8.

CSUN (1-3) dropped three of four to BYU with all the games in the series being decided by three runs or less.

The Matadors were able to rally back from a 5-0 deficit in the first inning, but it still wasn’t enough.

“The game showed us what we want to key in on and get better at this week,” CSUN coach Greg Moore said. “We’ll do that. I was happy about the series and both teams got after each other. It was a lot of fun.”

CSUN starting pitcher Hayden Shenefield after picking up his team’s first win in two innings of relief on Saturday pitched only one inning and gave up five runs.

BYU (3-1) had six of its 15 hits come off of Shenefield which all came with two outs. Designated hitter Nate Favero hit a 2-run double and outfielder Mitch McIntyre added a 2-run RBI single in the opening frame.

“I thought Hayden pitched OK,” Moore said. “I thought he made just two bad pitches but other than that he was in the zone and on top of the plate. I thought he did a good job. It was just one of those where you just shake your head, shrug your shoulders and it’s going to happen at times.”

CSUN rallied in the third inning after BYU led 5-1. Catcher Trevor Casanova hit an opposite-field RBI single and Albee Weiss tied the game with a 3-run home run. Casanova finished 2-for-5 with two RBIs and boosted his team-leading batting average to .450. Weiss finished 1-for-4 with three RBIs.

BYU led 6-5 in the fifth inning but CSUN showed its resilience with another rally. Freshman Brandon Bohning who had struck out in his last at-bat stroked a doubled into right-center field and tied the game. Bohning finished the game 2-for-4 with an RBI.

“Our whole team is seeing the ball,” Bohning said. “They are great at-bats just seeing it pitch by pitch, good two-strike approaches and we were feeling comfortable in our approach.”

BYU showed why last season it won the West Coast Conference title and provided key base hits even after the Matadors responded twice.

CSUN will play a three-game series at home against Manhattan starting Friday at 2 p.m.