The Sour Side of CSUN Limebike 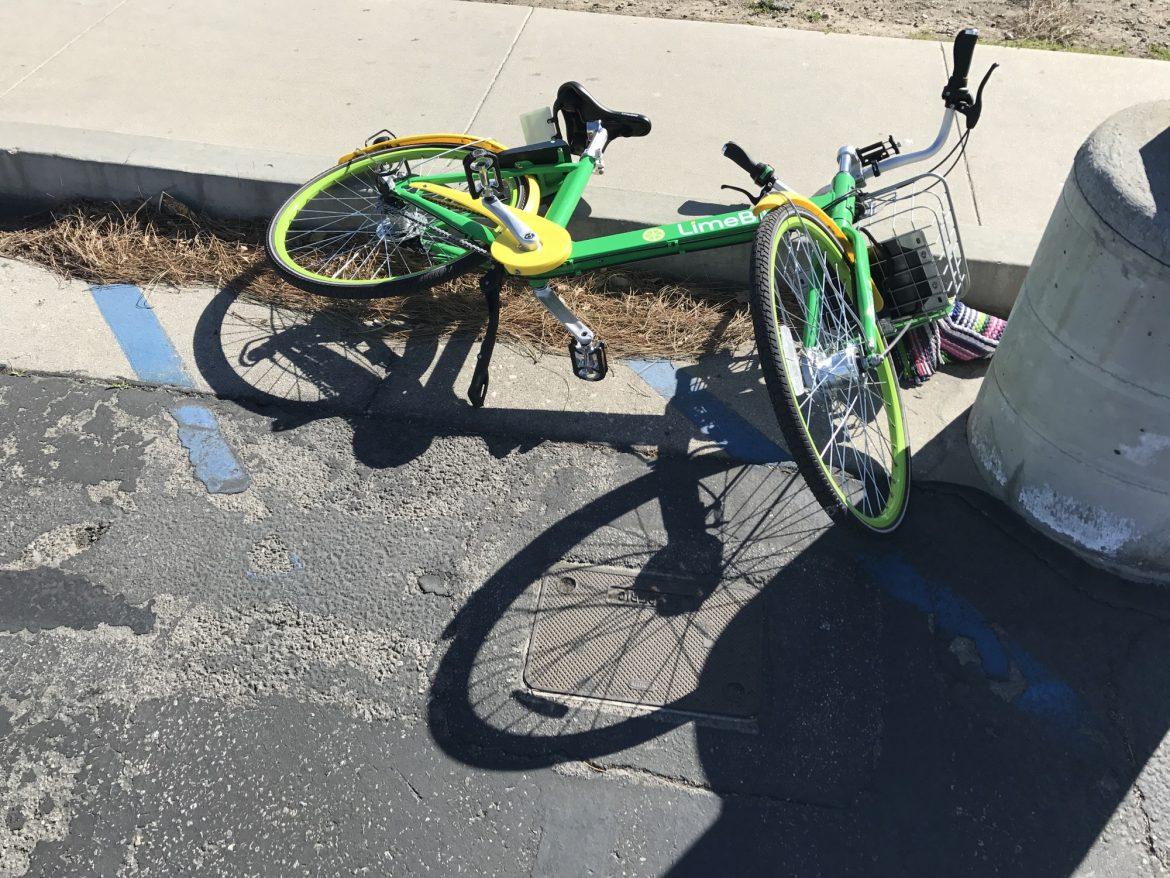 Abandoned LimeBikes can pose problems, as they cannot be moved unless they are paid for and activated Photo credit: Tandy Lau

For CSUN students, there’s a lot to like about LimeBike. The initiative is environmentally conscious, facilitating physical exercise that costs only 50 cents for a half-hour ride. In addition, LimeBike comes at no cost for the university.

Despite the benefits of LimeBike, some students feel that the bike-sharing program can be improved.

“At first I thought it was a nifty idea for people [like me] who live in [the] apartments, but I’ve been seeing them everywhere,” Paula Navea, a third-year computer science major, said. “People leave it on the sidewalk, middle of the quad, and [a few] feet away from the bike racks.” 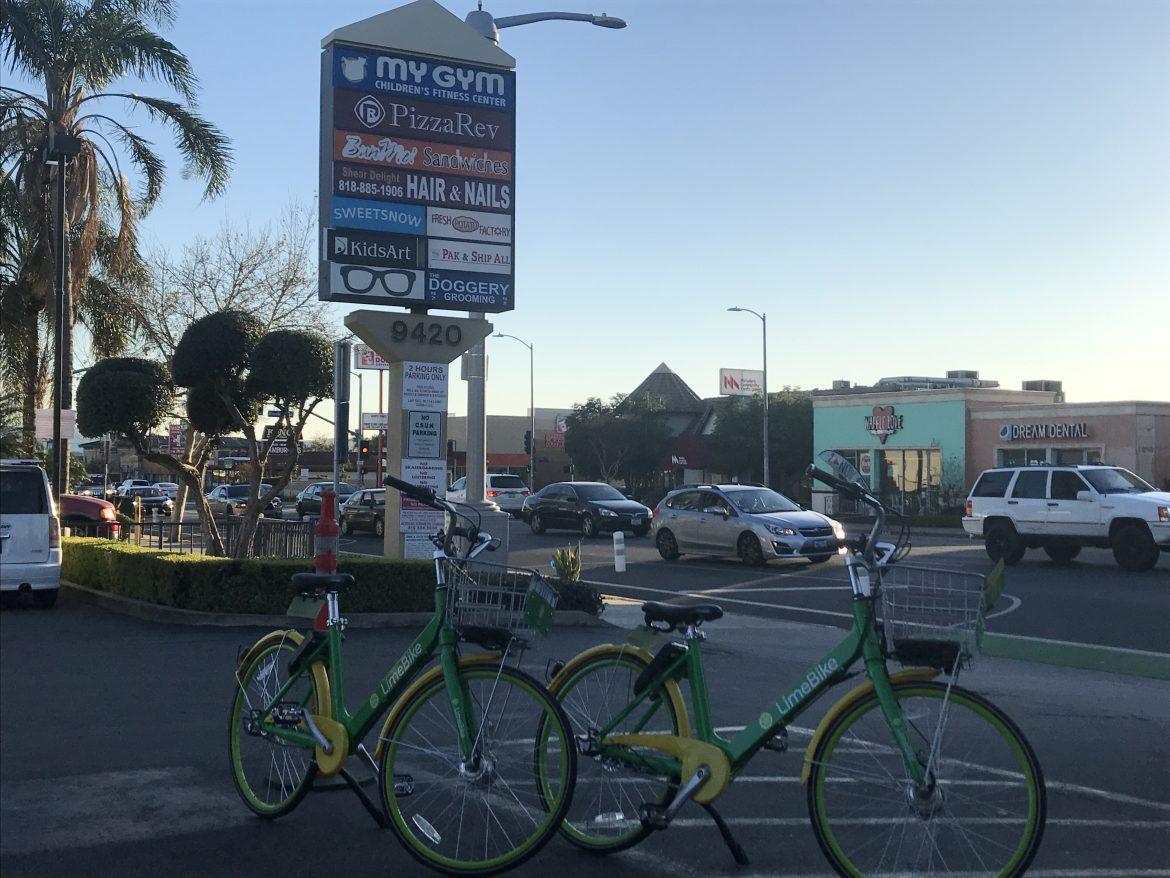 These deserted bikes have caught the attention of the CSUN community. The recognizable green-and-yellow bikes have been spotted all throughout the Valley. According to Navea, she has seen a LimeBike abandoned as far as Van Nuys. Because the bikes don’t have limitations on how far they can go, they can go anywhere as long as someone is paying for it. 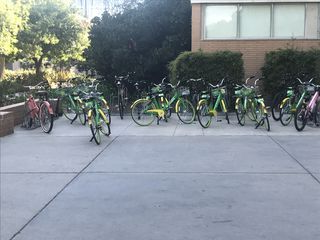 The abandoned LimeBikes aren’t just annoying, they’re potentially illegal. According to California Vehicle Code 21210, bicycles may not be parked “in a manner which obstructs pedestrians.”

The university’s protocol for obstructive LimeBikes relies on the efforts of bystanders: bikes in need of maintenance can be reported to CSUN through the LimeBike app or calling 1-888-546-3345.

These issues aren’t exclusive to CSUN’s LimeBike program; throughout the U.S., bike-sharing programs have been faced with hitches and being deserted. In Washington D.C., dockless bike-shares have littered sidewalks and been abandoned at war memorials. One man even tossed an abandoned LimeBike in front of a subway.

There are other issues beyond the bikes themselves. According to CityLab/Atlantic Magazine, digital bike-sharing programs like LimeBike pose a potential cyber-security threat. In fact, bike-sharing programs may open a new market to data-mining. Venture capital firms like Andreessen Horowitz (which funded $12 million towards LimeBike) may be investing in bike-sharing companies, not just for their business models, but also for the information of their users. CSUN is no stranger to cyber-security breaches. In 2015, student information was stolen from a breach from CSU’s third-party, mandatory sexual harassment web-training program We End Violence.

Another issue to consider for CSUN is if the campus has the proper infrastructure to support an influx of roughly 400 LimeBikes. There is only one bike lane on campus, located on Jacaranda Walk. Student bike racks throughout campus have been repurposed as “LimeBike preferred” parking spots, while many are still needed to hold the students’ personal bikes.

CSUN’s LimeBike program is a “pilot program,” the first of its kind for California public universities. While there are hitches, LimeBike and CSUN have taken steps in making bike-sharing safer, both electronically and physically. CSUN’s LimeBike page has provided instructions to help students prevent potential breaches. LimeBike also prides itself on its tamper-proof bikes and their automatic night lights. Last Tuesday, LimeBike representatives handed out free helmets to students at the Associated Students Farmer’s Market.

CSUN’s LimeBike program was introduced on Jan. 12. It is a part of the university’s sustainability initiative.