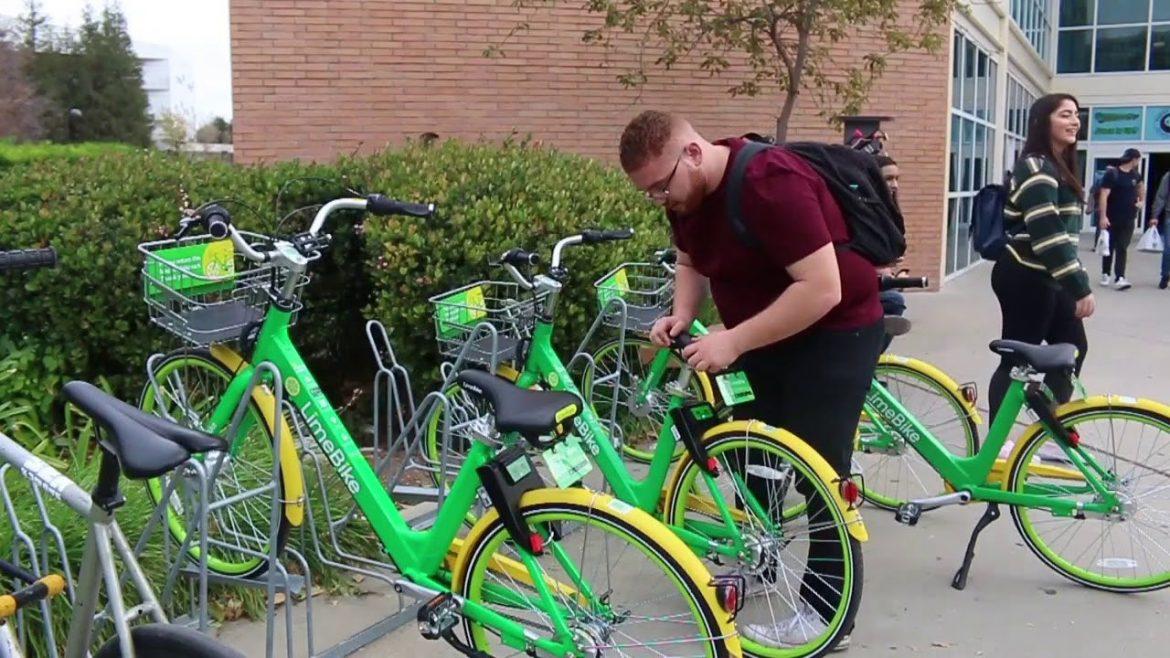 The bike sharing company, LimeBike is a new addition to the Cal State University, Northridge campus. The price to rent the company’s green and yellow bikes starts at just 50 cents an hour for students, faculty, and staff. At no cost to students’ tuition, Northridge becomes the first university in California to partner with LimeBike.

“The biggest benefit, of course, is that this is a huge campus,” said Ken Premo, Associated Students Manager of Support Services. “A lot of our students don’t have automobiles or maybe they do or maybe they live in housing, but they don’t necessarily want to drive everywhere and have to re-park.”

After downloading the LimeBike app, students scan the QR code on the bike with their phone to unlock it. When they’re finished riding, all they need to do is push the lock back down to end their trip and park it at the several preferred locations across campus.

“It’s honestly really useful,” said Thawait Sangarotai, CSUN student. “I use it about two times a day. In the morning when I go to class and at night when I’m done with class. I can get from across campus in a second.”

The LimeBike anti-theft alarms prevent people from stealing them but it does not stop them from leaving them blocks away from the campus. They’re left parked in front of convenience stores and lawns. The bikes can also be a hassle for students living in the college dorms.

“A lot of students ride their normal bikes and they bring their bikes here and the LimeBikes are taking up that storage,” said Alex Narouz, CSUN Student Housing resident. “Students here aren’t having a place to leave their bikes and they usually have to take it up to their dorm.”

The bike sharing program launched at the start of the spring semester but research shows it is already bringing in over a thousand bike rides a day.