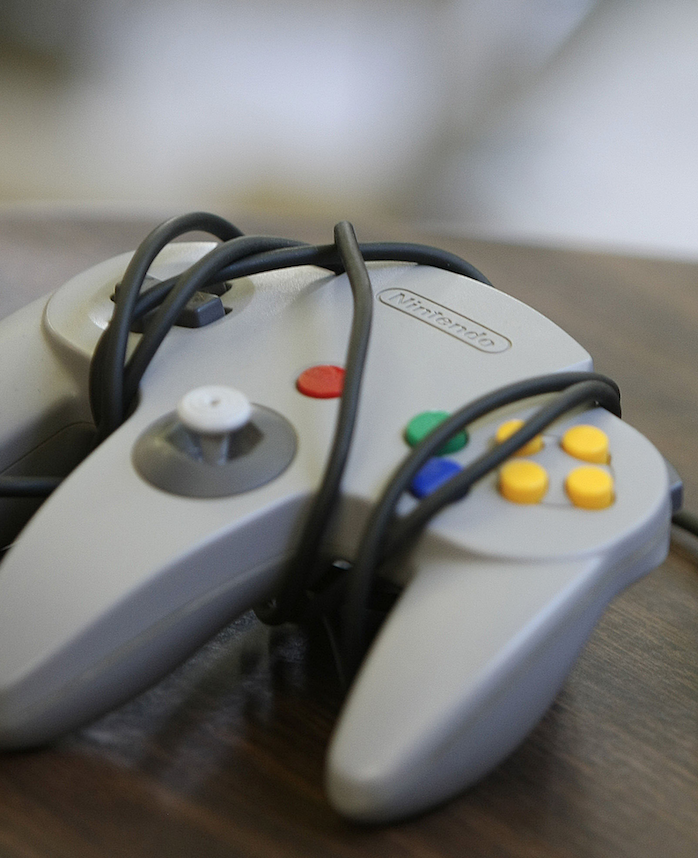 In wake of the Stoneman Douglas High School shooting, President Trump said he believes video games are having a negative effect on the nation’s youth.

“We have to do something about maybe what they’re seeing and how they’re seeing it, and also, video games,” President Trump told Florida Attorney General Pam Bondi during a discussion on school safety at the White House last week. “I’m hearing more and more people say the level of violence in video games is really shaping young peoples’ thoughts.”

There is a self-regulatory rating system already in place for video games. The Entertainment Software Rating Board (ESRB) was established in 1994 in response to criticism of controversial video games featuring excessive violent or sexual content.

The debate on the effects of video game violence goes back to the early days of the medium. The increases in graphics and sound capabilities in the 90s and the ability to use full-motion video prompted the government to pressure video game developers and publishers to come out with their own rating system to avoid federal regulations.

Once again, video games are being scapegoated and used to distract people from the issue of mass shootings.

No evidence suggests video games directly cause violence. On the contrary, dozens of studies published found games had no impact on aggressive behavior or cause players to kill people in real life, including a 2013 New York Times article that concluded more recent science does not contradict these findings.

One thing that isn’t often brought up, however, is the fact every form of crime has fallen in correlation to the rise of video games. According to the Pew Research Center, the violent crime rate in the US fell 48 percent between 1993 and 2016.

The United States isn’t the only country in which people play violent video games. No other developed nations in the world experience the kind of mass shootings we have in the US. For instance, in Japan, 60 percent of the population plays video games and yet gun violence is almost nonexistent.

Perhaps more relevant, in 2011 the Supreme Court granted video games the same free speech protections that other artistic mediums enjoy. To insinuate video game developers shouldn’t create the games they want to make because someone else might feel uncomfortable goes against the principles of artistic expression and free speech.

I have been playing video games since I was six years old, and I’ve been a hardcore gamer since high school. Some of my favorite games of all time include M-rated (Mature [17+]) games such as “Doom”, “Mortal Kombat”, “Grand Theft Auto” and “Metal Gear”. To associate mass shootings with the medium is not only inaccurate but also insulting to the millions of people who enjoy the hobby.

More than anything, video games, like any other art form, should be able to explore mature themes and tell stories that challenge their audience without being attacked or stigmatized by people to have no experience with the medium.