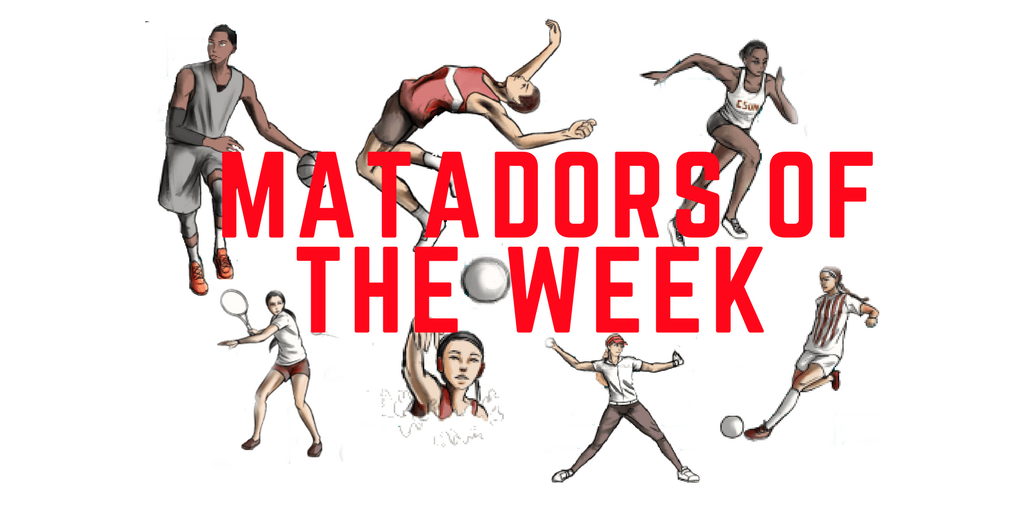 Trevor Casanova: From the moment he stepped into the batter’s box, Casanova has made his presence felt both at the plate and behind the plate. The junior college transfer from El Camino College had eight hits in 11 at-bats for the Matadors who crushed Manhattan in a three-game series. Casanova on Saturday helped CSUN tie its program record by scoring 31 runs in one game. He also threw a runner out from his knees on a ball in the dirt. Casanova has 14 hits in the Matadors’ seven games.

Megan Stevens: Stevens had five Runs Batted In (RBIs) including a three-run home run in her team’s 12-2 win over Fresno State. Stevens leads the team with 14 RBIs and is third in hits. The transfer sophomore from Grand Canyon University will try to help the Matadors find its rhythm with another weekend tournament in San Diego.