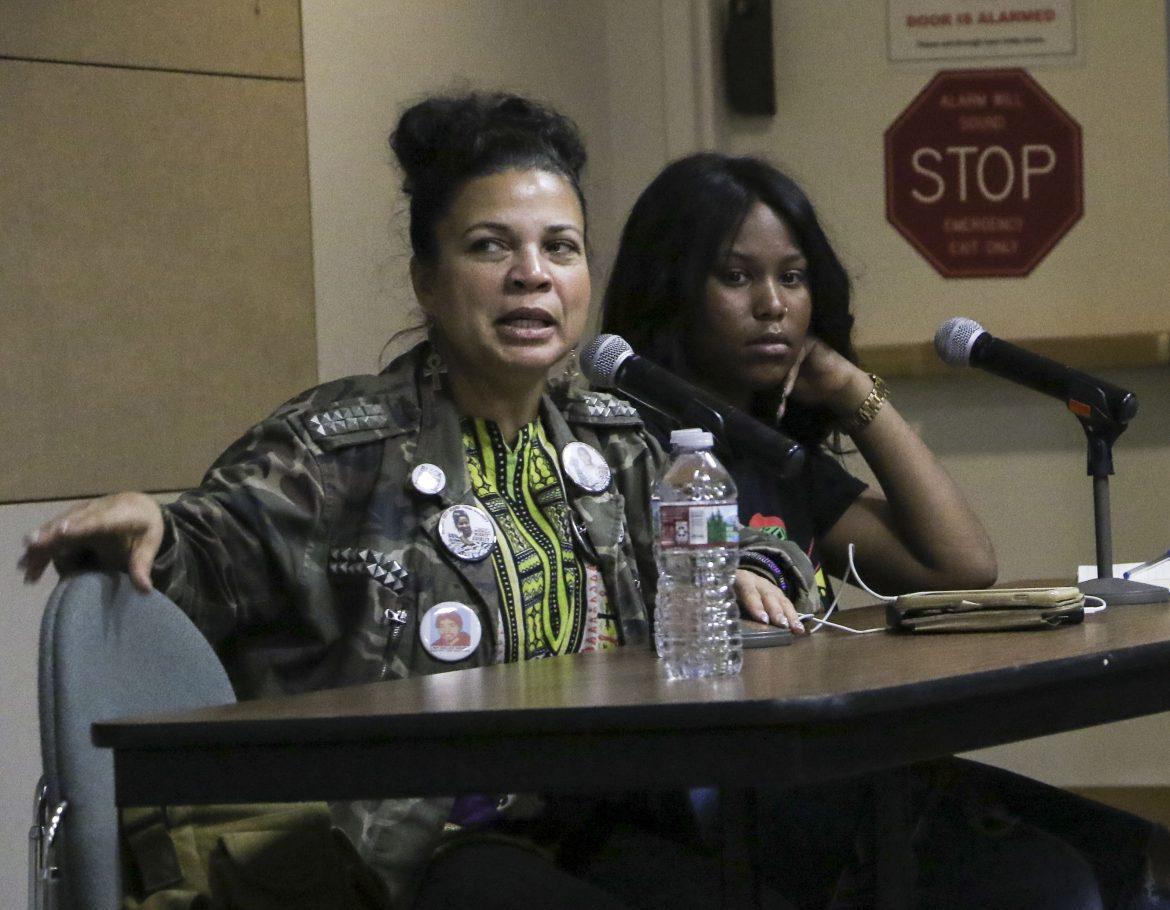 Some of the topics discussed involved the rise of Black Lives Matter as a movement, systematic oppression of minorities groups and the advocacy of different civil rights organizations.

“We are working for a world in where black people are no longer systematically and intentionally targeted for demise,” Abdullah said. “State-sanctioned violence against black people doesn’t just exist in the form of police violence but also the way in which our children are criminalized in classrooms, gentrification, homeless, food injustice and environmental degradation.”

Their goal is to disrupt the system of oppression and rebuild the kind of world they want to live in. Abdullah said her political activism has not come without consequences. In 2017 she was included in Professor Watchlist, created by the non-profit right-wing organization Turning Point USA.

As a result, she said she was victim of doxxing, harassment and received death threats from hate groups.

“Something we always work on is just continuing to build communities, reaching out to people and we are trying to establish a better relationship with others blacks group on campus,” Tillery said.

Abdullah also used her platform to praise the film “Black Panther” for its authentic and complex themes that reflect the struggles of the African American community.

Political Science major Dominique Armstrong said the event reinforced the importance of working together as a community and support each other.

“There are real people who are really struggling over here,” Armstrong said. “People need to be open-minded and help them to understand other people’s perspectives on life and the things they are going through.”

The panel was part of a series of Black History Month events hosted by CSUN, in which the community comes together to recognize achievements and celebrate historical contributions of African Americans in general.

Biotech major Daniel Beck said he was able to learn about the struggles the African American community have to face every day and listen to what they have to say.

“We have to let them know we are with them in everything they do,” Beck said. “Sometimes you might not even agree with what they have to say.”

To end the panel, Abdullah encouraged students to get more involved with the community and to remind everyone in the room that African Americans have always fought back.

“We always resisted oppression from fighting colonialism on the continent of Africa to resisting chain slavery, anti-lynching movements, and civil rights movements,” Abdullah said. “This is part of our sacred duty.”