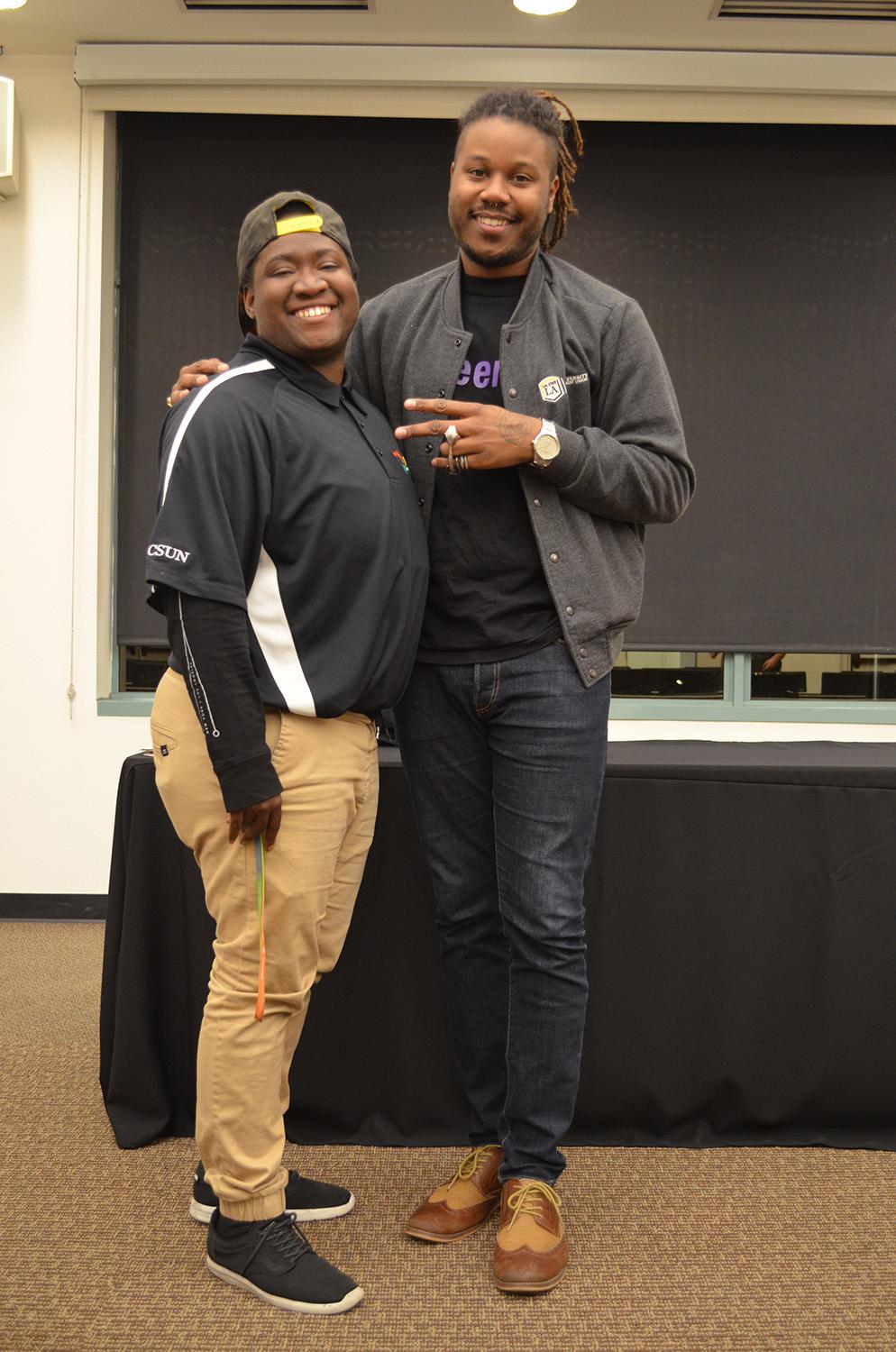 Chaz-Ashley Cruz led an open forum on the terms and definitions within the LGBTQ community, guided listeners through the history of black queer activism, and inspired individuals to envision and write about a world that centers marginalized communities.

The Pride Center hosted the lecture and writing workshop, “Blaq Future and Blaq Magic” with Cruz on Feb. 27 in celebration of black queer culture.

According to Cruz, the definition of “blaq” is the intersection of queer identity and African descent.

Before the lecture component, Cruz asked the audience to introduce themselves, which pronouns they used and presented a set of community agreements to create a nonjudgmental space.

Attendees were educated on the Eurocentric ideals of gender and identity. “The dominant understanding of gender is informed by birth and it’s what society says you should be,” Cruz said.

To warm up the crowd, Cruz asked everyone to say each word that LGBTQIA (lesbian, gay, bisexual, transgender, queer, intersex and asexual) stands for with passion. “Even in 2018, there’s a taboo around these words,” Cruz said.

The crowd shouted each word with great passion, growing louder every time Cruz asked them to repeat it with intent.

As students munched on their vegan hush puppies and tofu po’boys, provided by the Pride Center, an honest dialogue was developing among strangers.

Diving into the history of blaq activists and artists, Cruz spoke about Josephine Baker’s remarkable life as a war informant and civil rights activist. To highlight the early movements of blaq identity, a clip of legendary drag icon Crystal LaBeija was shown.

A man could be heard telling the outspoken LaBeija, “You’re showing your color.” The racist comment inspired LaBeija to create a space for the LGBTQ community of color, making way for the legendary ballroom scene and voguing dance style practiced today.

Wrapping up the event, the writing workshop presented a set of questions including, “What does a world that centers blaq bodies look like? Feel like?”

Many expressed their thoughts through poetry and Cruz recited an original poem on overcoming struggles and looking towards a brighter future.

Tyler Neroes, a Public Health major, organized the event to educate the campus community. “I wanted people to learn more about black history and black futures,” Neroes said. “To be a better ally for those other communities that you may not even realize are there.”

As the assistant director of the cross-cultural center at California State University, Los Angeles, Cruz leads an honest discourse through his ability to create an equitable atmosphere.

The writing exercise allowed participants to visualize a society that thrived in acceptance. “The prompt of imagining a world was challenging enough for people to know that a different world is possible,” Cruz said.