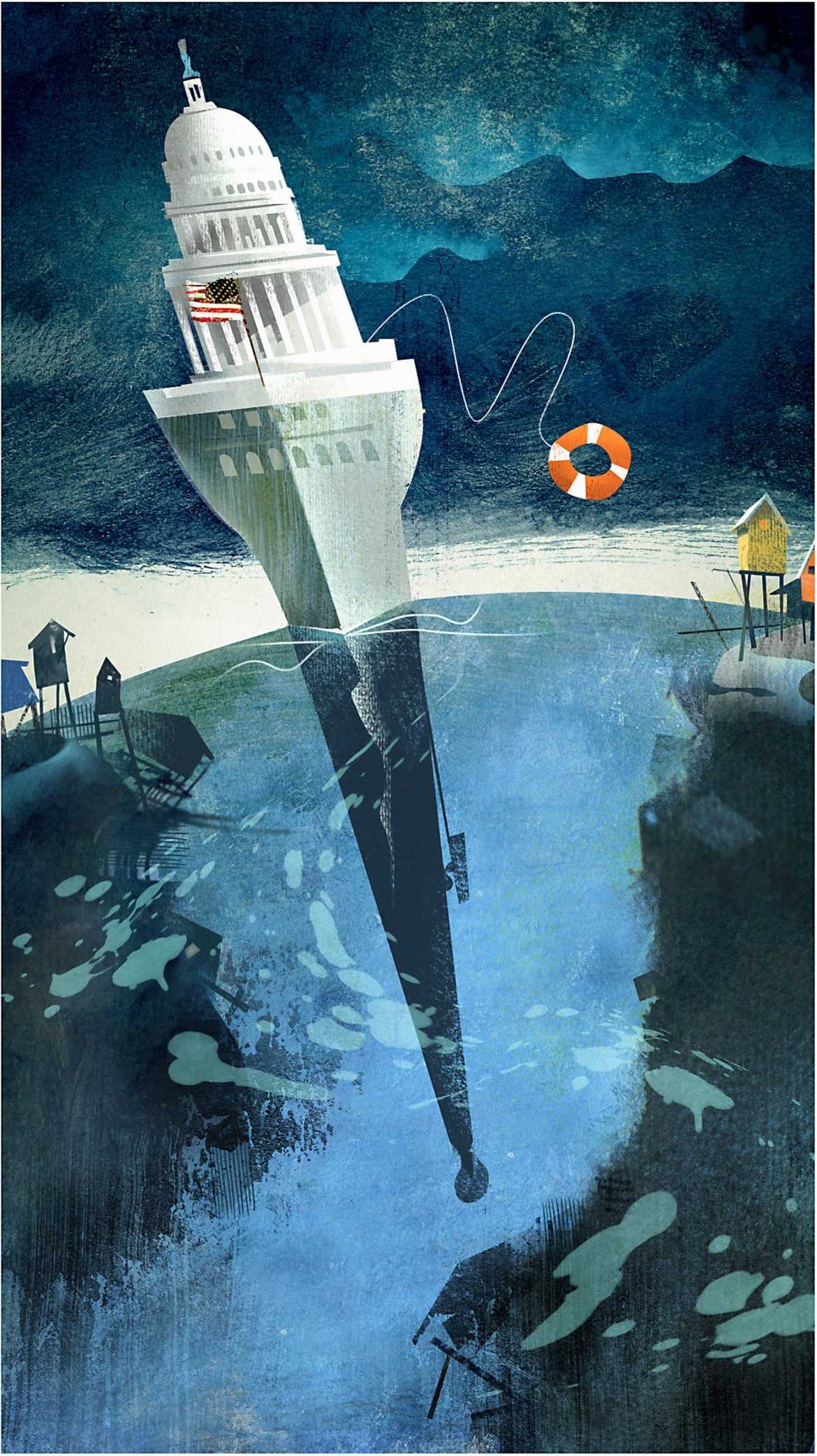 With the 2018 Winter Olympics now melted into memory, there is one place in the northern hemisphere that did not have much of a winter from December to February. The lack of a normal winter in the Arctic Ocean entails catastrophic consequences for the whole world; along with the Antarctic, the Arctic has been warming faster than any other part of the world.

According to weather.com, during the peak ice growing season from December 2017 to February 2018, the Arctic has suffered multiple extreme heat waves that pushed temperatures above freezing (32F/0C) during the dead of winter, stunting and even reversing ice growth. This led to near to even record-low sea ice coverage going into the melt season that begins around the March Equinox in just a few weeks, as shown by data from the National Snow and Ice Data Center’s Sea Ice Index.

The consequences are a new record low extent in six months is extremely probable. Could this be the year that the sea ice finally melts completely, triggering an immediate climate change emergency? Once that sea ice melts away, runaway warming is certain. The dark ocean would absorb most of the energy from the sun non-stop, due to the lack of the ice that previously reflected most of this energy, leading to more ice loss and warming around the Arctic, and ultimately worldwide.

Sea level rise predictions need to be picked up once this happens, yet the developed world, especially the U.S., has had a deafening lack of response to this threat. Continuing a mass consumption-based economy illustrates climate change denial, even if some governments say they believe in climate change.

How much have warming and sea level rise we already baked into the system? We are so focused on the carbon dioxide factor that we are missing the bigger picture and potential consequences. If we continue to ignore climate change, investments in areas and cities at or below sea level will sink. Many areas are already doomed to become uninhabitable either from sea level rise and/or a warming climate. Once those developed areas become permanently submerged, they will start leaking out pollution uncontrollably and further exacerbate dead zones and contamination of the ocean. It is a certainty of sea level rise, and yet I barely see any real concern for it.

It also brings up serious concerns with future infrastructure investment. We talk about the need to urgently repair and replace infrastructure in the U.S., but is it truly worth it to invest funds and labor into places that we already know are going to be underwater in the next few decades?

The scariest thing about climate change in the Arctic is that the Arctic days of ice coverage have been numbered since 2007 when the Northwest Passage opened up and shattered the previous record low so completely that there has been a permanent change to the Arctic since that event. 2007 set the countdown to the Arctic going ice-free, with a new record low set half a decade later in 2012 that also shattered the 2007 record low, and I am amazed the sea ice has lasted this long. All of the lowest Arctic sea ice extents on record have occurred since 2007, according to the New York Times.

Now it seems, just 11 years later, that an ice-free Arctic is extremely close to reality. Even most climate change believers are grossly underestimating how dangerous this is going to be. It is no longer a question of if but when it will completely melt away. What we are seeing is the start of the whole planetary biosphere spiraling exponentially faster and more out of control, and a potential extinction event of our own making. How much worse this ultimately gets is entirely up to us, and our action in the next few decades.