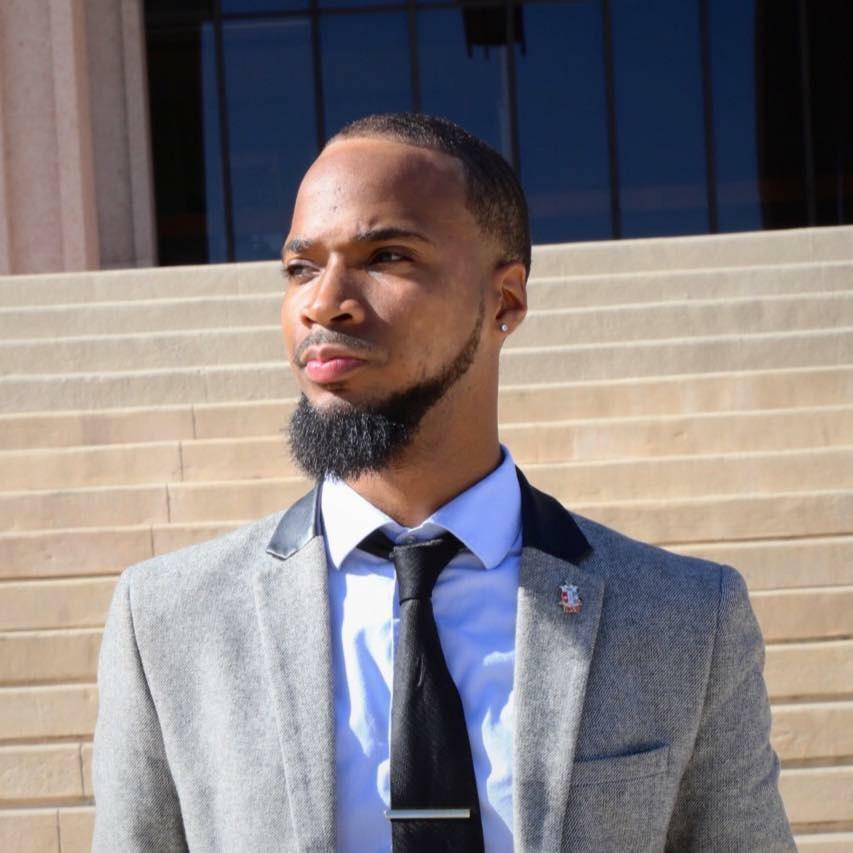 Briggs in front of the Oviatt Library steps.

The driver was 26-year-old Joshua Raymond Briggs. Briggs was a former CSUN student who graduated in 2016 with a B.A. in Cinema and Television Arts. ABC7 reported that at about 2 a.m., he was traveling south on Balboa when he hit a dip in the road on Devonshire Street. The car then slid, crashed into a pole which caused it to burst into flames. Briggs was the only one in the car.

Tyre Mills IV, a fraternity brother of Briggs, said he saw Briggs earlier that day at a birthday brunch for their mutual friend. Mills described him as an inspiring leader.

“Josh was an amazing, loving, caring ambitious person; he was the funniest guy you’d ever know,” Mills said. “He carried this comedic and positive energy with him everywhere he went. He could make anyone laugh and he would encourage you to live and enjoy life.”

Briggs was initiated into the Upsilon Chapter of Kappa Alpha Psi in 2013. While attending CSUN he was very active and involved with many organizations on campus, including the Black Student Union.

“I saw him at a lot of events, very involved, always smiling and had a positive attitude,” said CSUN senior Amber Perkins.

Friends of Briggs said he had a love for film and media. He produced short films and comedy skits, acted in plays and he was in the process of writing his own screenplays.

“Before he passed he said he wanted to take up poetry which he was undoubtedly talented in,” said Jordan Dess, Briggs’s frat brother who graduated with him in 2016. “He wanted to be a director and he also had a vision in that he wanted to start a film company for young writers and artists.”

The company was intended for those who don’t necessarily have the connections or monetary means to get their ideas into mainstream media. Briggs named the company “NuSpect” which Dess said translates into New Perspective because “he wanted to bring a new perspective to the entertainment industry.” The idea was to create a space where new up-incoming writers could network and share ideas, bridging the gap between dreams and reality.

Though Briggs’s life was cut short before he was able to make his dream a reality, Dess said their fraternity chapter is considering a way to bring his dreams to life.

“Our chapter is currently thinking about bringing to life his concept in a subtle way by naming a foundation after NuSpect and providing scholarships to high school students entering college who are majoring in film or any type of media,” Dess said.

Briggs leaves behind his mother, father, two sisters and a younger brother.

The funeral for Briggs will be held on Saturday, March 31 at Phillips Temple CME Church, 971 East 43rd St. Los Angeles, CA 90011. Services will begin promptly at 11 a.m. There will be a repass immediately following the service at Fullscreen Inc., 12180 Millennium Dr. Los Angeles, CA 90094.