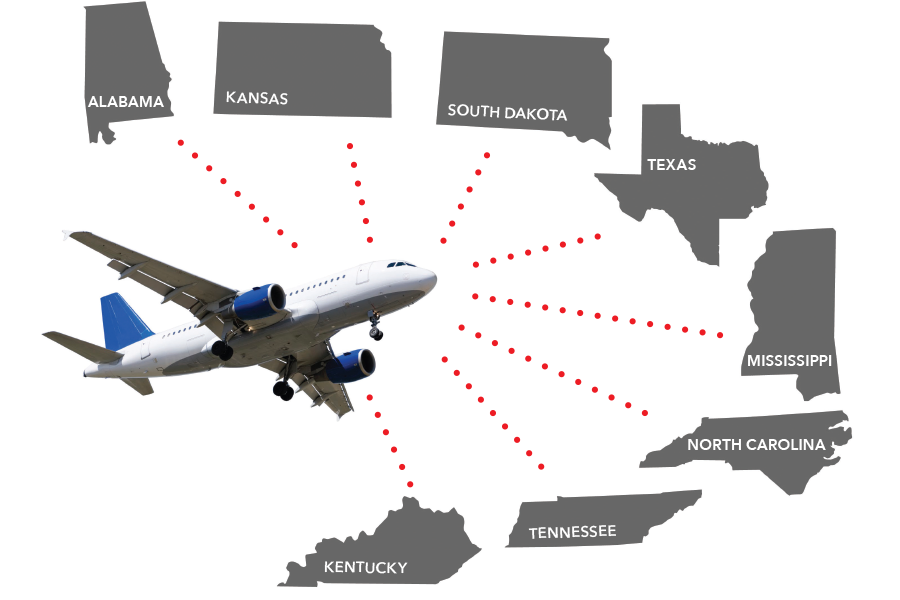 California will not use tax payer money to fund travel to eight states have that have discriminatory laws against the LGBTQ community. Four states were added to the bill that now consists of North Carolina, Mississippi, Kansas and Tennessee, Alabama, Kentucky, South Dakota and Texas.

CSUN students, faculty and staff traveling to banned states for academic or extra-curricular activities have to raise their own funds through private sponsors and donations.

“Getting funds to compete has been the single hardest challenge this season. Searching for funding has taken so much time that could have been spent working on new designs and improving autonomous systems on the robot,” VEX robotics club president, Steven Paqueo said. “We have fought hard to be the best VEX U team in our state to qualify for the World Championship. At the end of our road, a state law is stopping us from getting the funding we need to prove our worth to the world.”

State universities cannot use state funds for students and staff who have to attend conferences, competition and tournaments in those states. There are certain exceptions to the law, such as litigation or attending meetings or trainings required to maintain a license, job position or grant funding.

“I think it’s really good that California is taking a stand against states that discriminate against folks within the LGBTQ community,” Pride Center Coordinator Sarina Loeb said. “I think it really speaks to our values as a state.”

It started with North Carolina’s “bathroom bill” that prohibited transgender people from using public restrooms that correspond with their gender identity.

“This is a question of civil rights,” Tyler Hughes, political science professor, said. “Since the courts have not ruled on a lot of these issues, other states have taken it upon themselves to influence the process by basically sanctioning those states from an economic standpoint to get these states to change these policies.”

The VEX Robotics veteran team qualified for the world championship on Jan. 13 and have applied for grants to pay for travel expenses. However, grants take 90 to 120 days for approval, time that the team doesn’t have.

It also took a month before the Associated Students approved $8,430 out of the $13,950 budget they requested.

On Feb. 24, their rookie team also qualified for worlds, but it remains unclear whether they would be able to raise money in time to send both teams to the championship.

“The people this bill really affects are students like us who want to try our best at what we do,” Paqueo said. “We are trying to represent the California education system at a world-class robotics competition but California legislators won’t let us do so.”