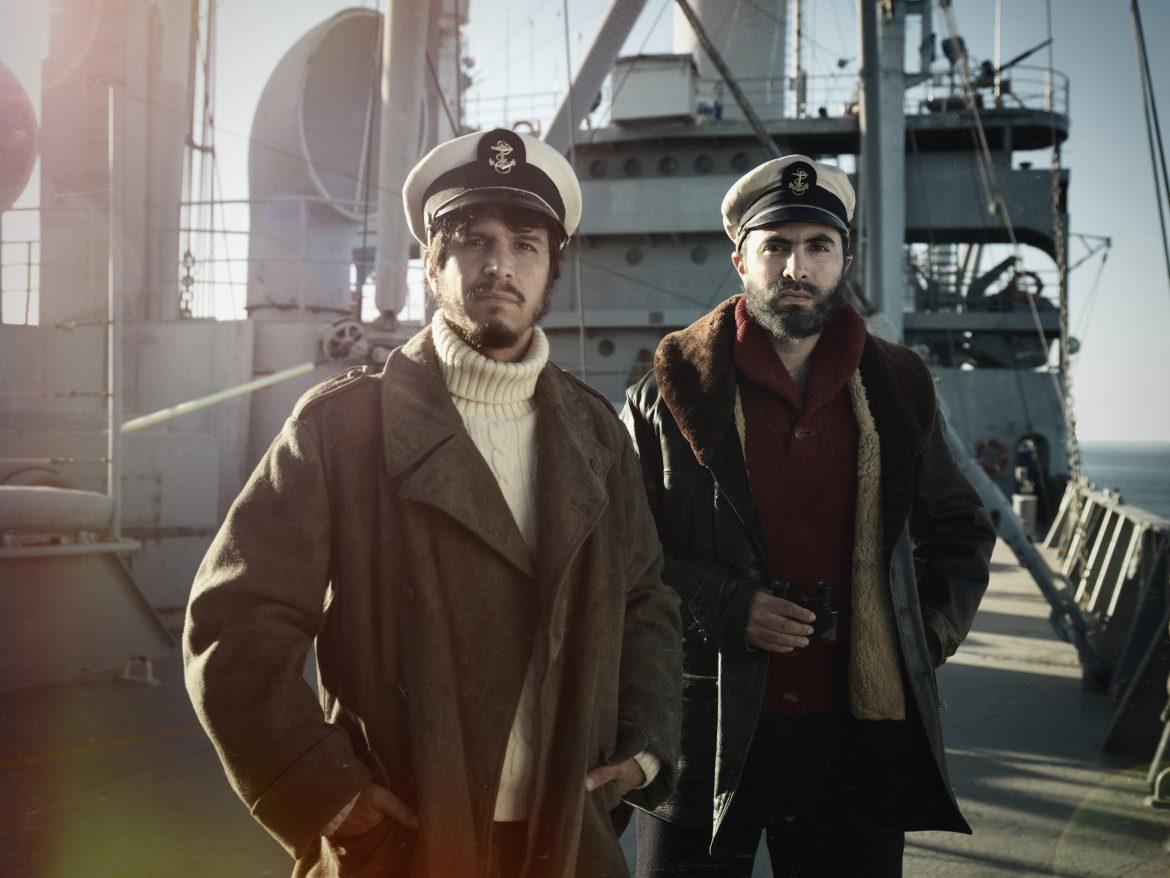 Palenke Soultribe is composed by Andres Erazo and Juan Diego as the main songwriters/producers. Photo credit: courtesy of The Music Joint

With an electronic groove combined with Latin American rhythms, the Colombian-native ensemble, Palenke Soultribe, deliver their latest single, “El Retorno”. The song is accompanied with influences from the European and American electronic music scene combined with Colombian and other folkloric music.

At the 20 second mark within “El Retorno” the song shifts into a groove formed by the dembow mostly heard in Reaggeton music. The cherry on top, however, lies in its use of shakers to create the famous ch-ch-ch sound found in music genres like Cumbia.

Although the band resides in Los Angeles, the group grew up in Colombia and it’s composed by Andres Erazo and Juan Diego as the main songwriters/producers. For their live shows they collaborate with session musicians to create a unique live experience.

Currently, the group is promoting “El Retorno” which will be part of an upcoming album following their sophomore studio project “Mar.”

Juan Diego spoke to The Sundial about their influences, the origins of the group, and other collaborations they have planned for their upcoming album “Sangre.”

How long have you been living in Los Angeles?

Diego: It’s been ten years, the same amount of time that the group has been together. We’re all professionals in terms of producing music so our staying here was part of our job. We had other projects in Colombia that was geared more towards Rock during the early 2000s. When we arrived here, we began making more electronic music.

What were the initial pieces of hardware you began using to make the Palenke soultribe sound?

Diego: We worked a lot with Roland samplers and synthesizers. They enabled us to program sound sequences. Then, with the rising of computers, we used softwares like Ableton Live that lets you record live music with loops or other pre-programed sounds. That was the tool that took the group to higher level. We were able to implement that to our live shows. I should mention that our music is not entirely electronic because we use other music instruments for our live performances: bass, accordion and drums. The concept comes from electronic music but the way we do it is much more diverse.

“El Retorno” is a tease for your upcoming album. What can we expect in this new studio work?

Diego: You always want to refresh your sound, at least a little bit. The song still uses looped beats and synthesizers but it also has lyrics with the traditional verse and chorus structure. It’s a song about coming back into the scene, going back to work. We’ve been trapped in the studio, doing very little live shows.

Where does the name of the group come from?

Diego: Palenques in Colombia are different from the ones in Mexico. In Colombia there were towns that existed in the colonization era founded by African slaves. They ran away from the Spaniards into the jungle and formed these villages to conserve their traditions [one of these villages was named Basílio de Palenque]. They actually declared themselves independent from the Spanish who wouldn’t go near them because it was dangerous due to wildlife. So, we found that concept of liberty very appealing. Not only did we borrow the name from that but also the sounds they would execute which is the basis of Colombian music.

Do you know other groups that also play Electro Cumbia?

Diego: Yeah, we’ve been in tours with Mexican Dubwiser and another band from Miami called Gondwana. In the U.S. the Latin Alternative scene is like a big family. We all know each other and we form a sense of camaraderie.

How was your music received in other Latin American countries?

Diego: We’ve toured in Colombia, Mexico, and Peru. People received it well. Although we were one of the first to explore this type of music, it has become such a common sound and I think it really represents Colombian lifestyle and how it adapts with American or European influences. It also represents our day and age having an international community of ideas.

Who are your influences from electronic music?

Diego: Since we started in the early 2000s the musicians that really appealed to us were The Chemical Brothers, Underworld, Fatboy Slim, and Daft Punk. That, of course was combined with what we had been listening to since we were little from our parents. When we mix all that in our brain, comes out what we do.

When can we expect the full release of “Sangre?”

Diego: We won’t release it like a traditional album. We will be releasing a single every three months. Nowadays everything is much faster. You can listen to album two or three time and then you say “next.” We don’t want to do that. We want to release each song with the attention it deserves. You may not like one song but you know that in a few months there will be another one.

Do you have collaborations within your album?

Diego: Yeah, the next song we plan to release has a collaboration with guitarist Chico Mann. Also with Camilo Lara from the Mexican Institute of Sound and Kinky’s bassist Cesar Pliego. This year will be really interesting to us.

Check out other songs available on Spotify