Brew means more than just coffee at the USU 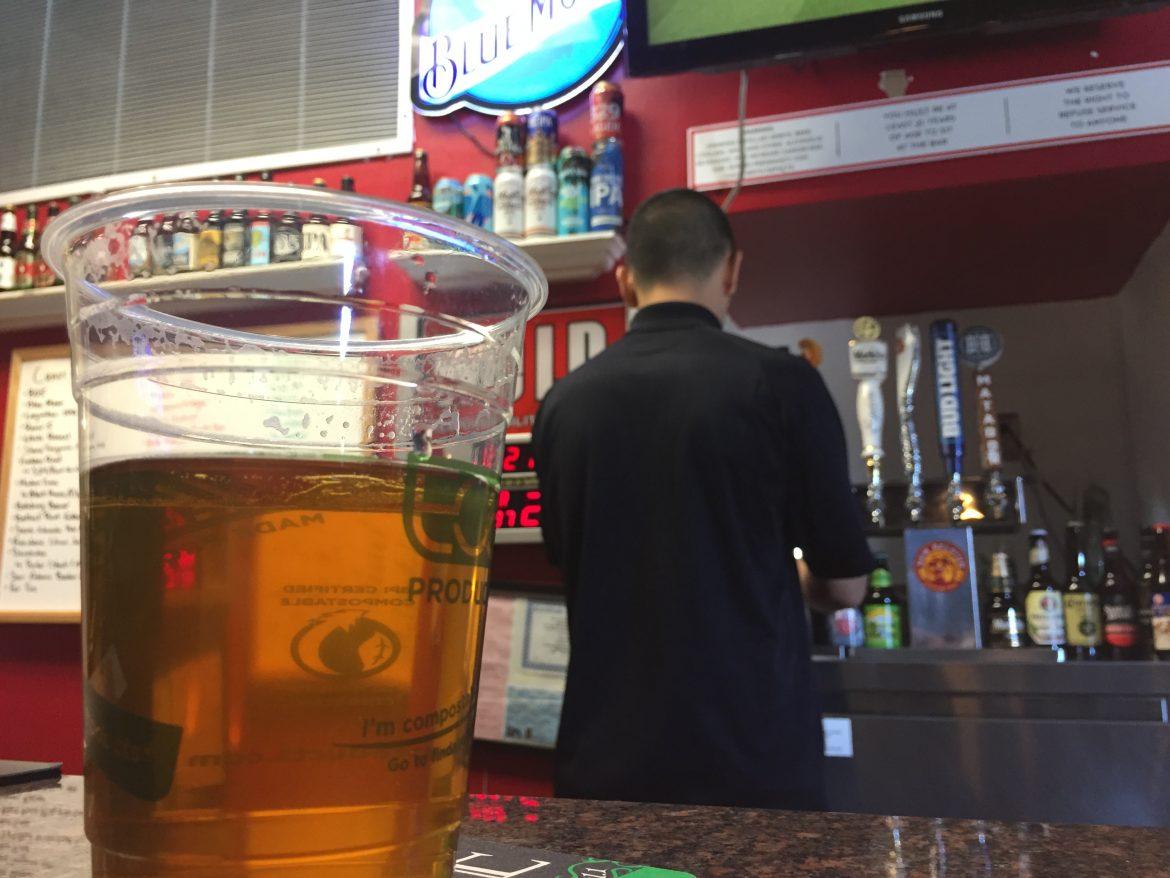 As students are wrapping up mid-term season and with finals looming in the distance, many students need a place of Zen that set’s their mind at ease while dealing with the stresses of academics.

If combing a rock garden or selecting the perfect blend of herbal tea doesn’t cut it, it may just be time for a cold brew. The best part is, you don’t even have to leave campus to have one.

The Pub Sports Grill located in the University Union complex offers over 36 varieties of beer and cider, including Matador Red from the San Fernando Valley’s own 8ONE8 Brewing, for those of age looking to whet their whistle amidst the backdrop of multiple HDTVs and projector playing an array of live sporting events.

In keeping with the pub theme, the restaurant offers a full menu of typical pub fare to pair perfectly with your favorite craft brew.

For several students, finding the pub was a welcomed surprise and great alternative to traveling to restaurants on the outskirts of the campus block for a premium beer at premium prices.

Fourth-year Business Management major Azmi Baltagi, remembers popping in the restaurant around spring of 2017, “I was a little surprised at the time.”

Baltagi concluded that having a bar at CSUN made sense with so many grad students and older people on campus.

According to collegeportraits.org, the average age at CSUN was 23 as of 2015, indicating a large percentage of CSUN’s roughly 40,000 students are eligible to consume alcohol.

Fish comes to the pub regularly between classes to watch sports, talk to “pub” people, and enjoy one of his favorite beverages.

“I think this is a good way for young people to learn to be social and make their own decisions,” Fish said.

As with most bar environments, the risk of volatile incidents occurring is always present and possibly more so catering still a relatively less experienced group of drinkers.

Bartender and 2016 CSUN alumnus Alex Almadova, recalled an occurrence where a 21-year-old student showed signs of intoxication and threatened to disrupt the peace of the bar.

“He seemed like a normal person (sober), but with alcohol, he was a different person,” Almadova said. “I ran into him the other day though and he told me he quit drinking.”

For the most part, Almadova said there are rarely any issues at the pub, most of them pertaining to students illegally sharing drinks with other unverified students who he must confront.

The University Corporation (TUC), who operates The Pub and other dining establishments on campus, took control of the pub in 2004 with the bar already in place. According to Mike Lennon, associate director of campus dining, TUC is not aware of any issues that have resulted from serving students alcohol.

Lennon explained this success has been the product of regular training for employees as well as strict rules for serving and consumption.

Among the many precautions, the pub employs an electronic I.D. scanner that must positively confirm consumer’s age and validity of the I.D.

Students at the bar are also limited to between 32-36 oz. of beer or cider per hour in order to curb efforts by those wishing to binge drink.

TUC maintains its goal of The Pub operation is to enhance the student experience as well as convenience.

“It gives our students and staff the opportunity to be in a relaxing sports environment without having to leave campus,” Lennon said.

For some, sports and food are not the biggest attractions for the pub.

“Even if they turned off the games, I’d still come,” Fish said. “I’ve gotten to know people.”

Correction: A previous version of this article misspelled Baltagi.