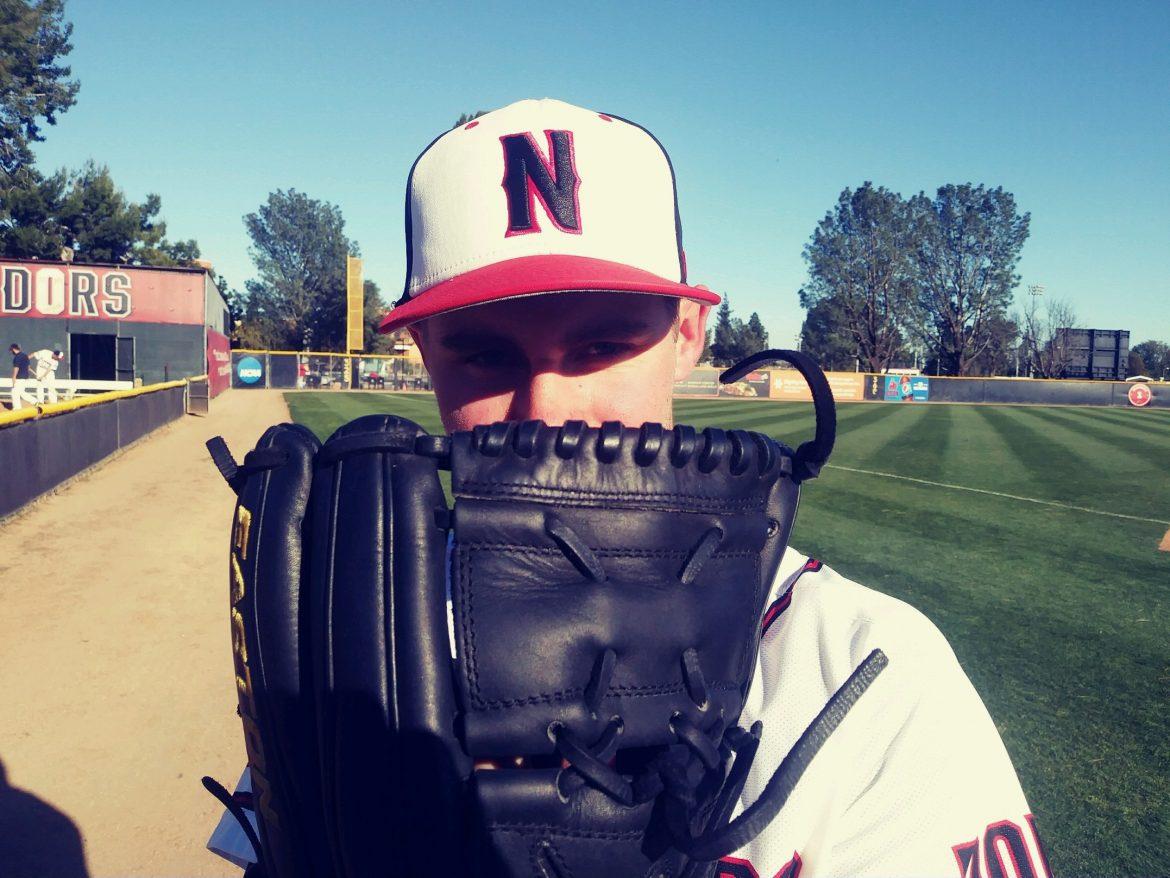 Baseball is not the flashiest of sports. Unlike basketball and football, there is no clock, and not uncommonly, teams go entire games and even entire series without scoring.

A tall right-hander, Shenefield has pitched twice so far this season, helping the Matadors to their 2-3 start in the Big West. He pitched in the season opener, spinning two strong innings to get the win over BYU after a go-ahead home run gave CSUN the lead. Despite his size, he doesn’t try to overpower hitters, instead relying on finesse, much like his pitching idol Gregg Maddux.

Adversity is not new to Shenefield. In what has been anything but a conventional college career, Shenefield has gone all over the state of California in an attempt to fulfill his dreams of playing baseball.

Shenefield grew up in the Los Angeles area, playing his high school ball only half an hour down the 101 freeway at EI Camino Real Charter High School in Woodland Hills. His old high school is where his incredible journey began.

Starting off as a middle infielder, playing shortstop and second base, Shenefield eventually made his way to a mound at an inter-squad practice game.”I got on the mound one day and I was able to get guys out,” Shenefield said, “And it all started from there.”

Shenefield has kept in contact with many of his teammates from high school over the years as well as his old coach Josh Lienhard.

“They have sent their best to me,” Shenefield said, “But it’s been a new group throughout this journey.”

Since graduating from EI Camino he’s attended San Diego State and Grossmont College. Shenefield tried for all four years to get onto the team at San Diego State but did not make the cut.

“Every year at the tryouts I knew I was one of the best pitchers out there,” Shenefield said.

Heading into his spring semester, Shenefield was out of options at San Diego State, but he wanted to keep his dream alive. In his free time, Shenefield called up local community colleges looking for a roster spot. Grossmont took him in.

While at Grossmont, Shenefield did not lose a game, pitching an 8-0 record and leading his team into the California State Championship. The championship series is a best of seven series, but Grossmont was able to win in three games. Shenefield was a factor in all three.

After getting the save in game one, Shenefield came out and dominated again, shutting out the opposition a day after earning the save against them.

“The next game comes and he says ‘coach, I want the bail,'” said CSUN Graduate Assistant, Dylan Tashjian. Tashjian is an assistant coach and graduate student at CSUN, and in Shenefield’s limited time at CSUN, the two have grown close.

Tashjian has a similar story to Shenefield. He too took a hiatus from baseball, but after going to college for four years, he wanted to get back out on the field and got an opportunity to play at Pierce College.

“I didn’t play for two years,” Tashjian said, “It was like having recess again.”

In his time with the Matadors, Shenefield has already made an impact, on players and coaches alike. “I see him as one of the biggest leaders because of the appreciation he has for the game,” Tashjian said. “Guys feed off of his positive energy.”

As a Division I school, CSUN’s baseball team is home to a variety of players from different age groups, from 18-year-old freshmen to graduate transfers like Shenefield. “This team has a very tight-knit group with a lot of older guys,” Tashjian said, “They are all trying to make something out of CSUN baseball.”

But as a graduate transfer himself, Shenefield connects more with the older players on the team. Besides sharing classes with a few of the other graduates, he also has shared experiences with them. “These guys have been through a lot more, and we’ve become pretty good friends over these last few months.”

Despite the rejection from San Diego State, Shenefield does not show any bitterness toward the team, as he just wants to go out and win against his former school. But Tashjian has different aspirations.

“I am excited to see him compete,” said Tashjian with a smile, “I want them to see he deserves to be on a Division I roster.”

The Matadors will take on San Diego State on April 17 and Shenefield will likely be on the mound. He will get a chance to pitch against the team that rejected him and prove that he indeed belongs.