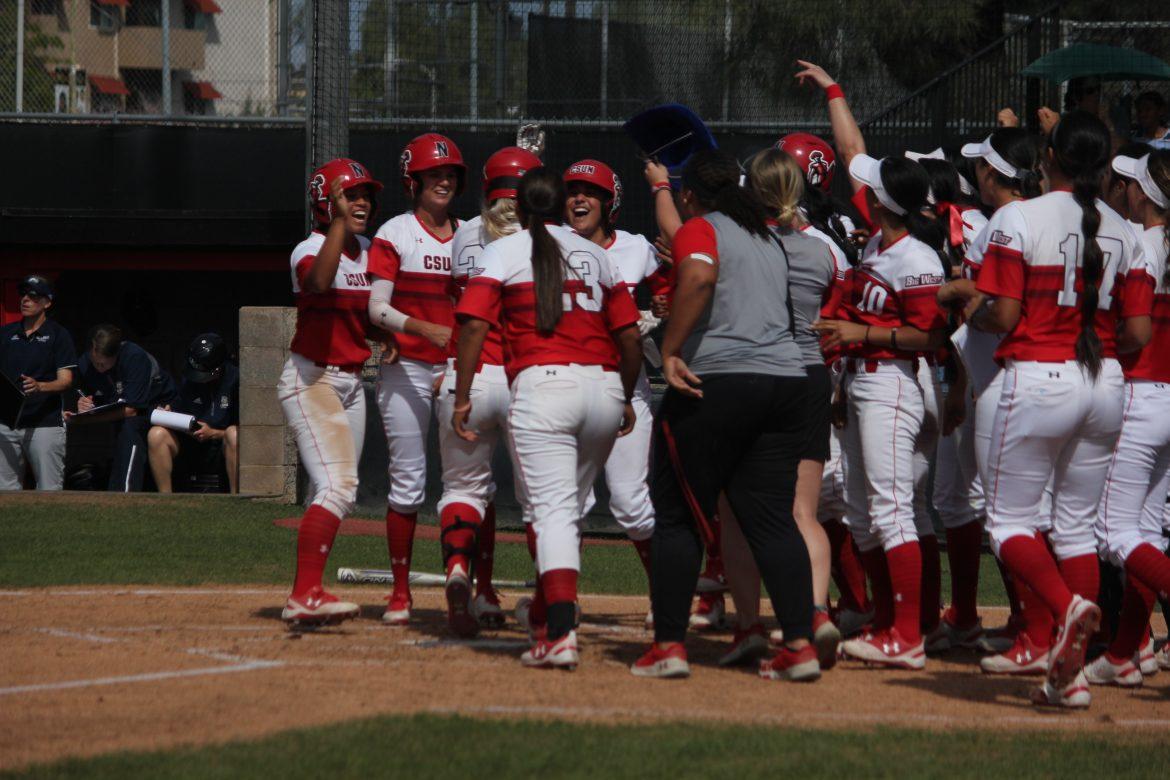 Savannah Horvath breaks CSUN’s home run record as the Matadors drop two games Saturday during a double header against UC Davis. It was softball’s first losing series against the Aggies in five years.

Matadors scored two runs in the first two innings and remained silent until Horvath’s home run in the last inning, leaving the Matadors in a loss 6-3.

Inning one was looking good for the Matadors as Horvath led off with a double as freshman Kira Cauley stretched a single into a double leaving runners on second and third. Freshman Raquel Jaime successfully laid down a sacrifice bunt to put the Matadors on the board.

In the second inning the Matadors scored on an error as UC Davis pitcher, freshman Brooke Yanez, the Big West Conference leader in strikeouts, gained her sixth strikeout of the game.

The Matadors starting pitcher, junior Taylor Troost, was taken out of the game in the sixth inning after six runs scored in the fifth and sixth inning.

“My main focus this week will be working on the little things.” Troost said about how she will return in next week’s match against CSU Fullerton. “It will be about believing in each other, the process, and ourselves in order to be successful.”

Once the seventh inning started the Aggies were up on the Matadors 6-2, Megan Steven came in and shut own UC Davis giving the Matadors a chance to come back. The only score came from CSUN record breaker Horvath.

“It felt like any other day at the plate, and another chance to get my team on the scoreboard.” Horvath said about her approach. “It’s an honor and a blessing to be able to leave a legacy, because I know I’ve put in the work for it!”

The Matadors dropped game one 6-3.

The Aggies were able to end their trip to Northridge early this week as they run-ruled the Matadors in game two, ending the game in the fifth inning, 8-0.

The Aggies were able to score in the first after a throwing error by freshman catcher Raquel Jaime.

The bats for both teams went silent until the fifth inning. The Matadors made two pitching changes rotating from freshman pitcher Jillian James to Troost who then gave up three runs.

Freshman first baseman, Kenedee Jamerson, came into the circle and got the Matadors out of a seven-run inning.

The Matadors were unable to answer, dropping the first series of the conference.

CSUN will head to UCLA on Tuesday to face the Bruins in an out of conference match-up.

Games will return at Matador Diamond on Friday April 6th against Cal State Fullerton at 1 p.m..