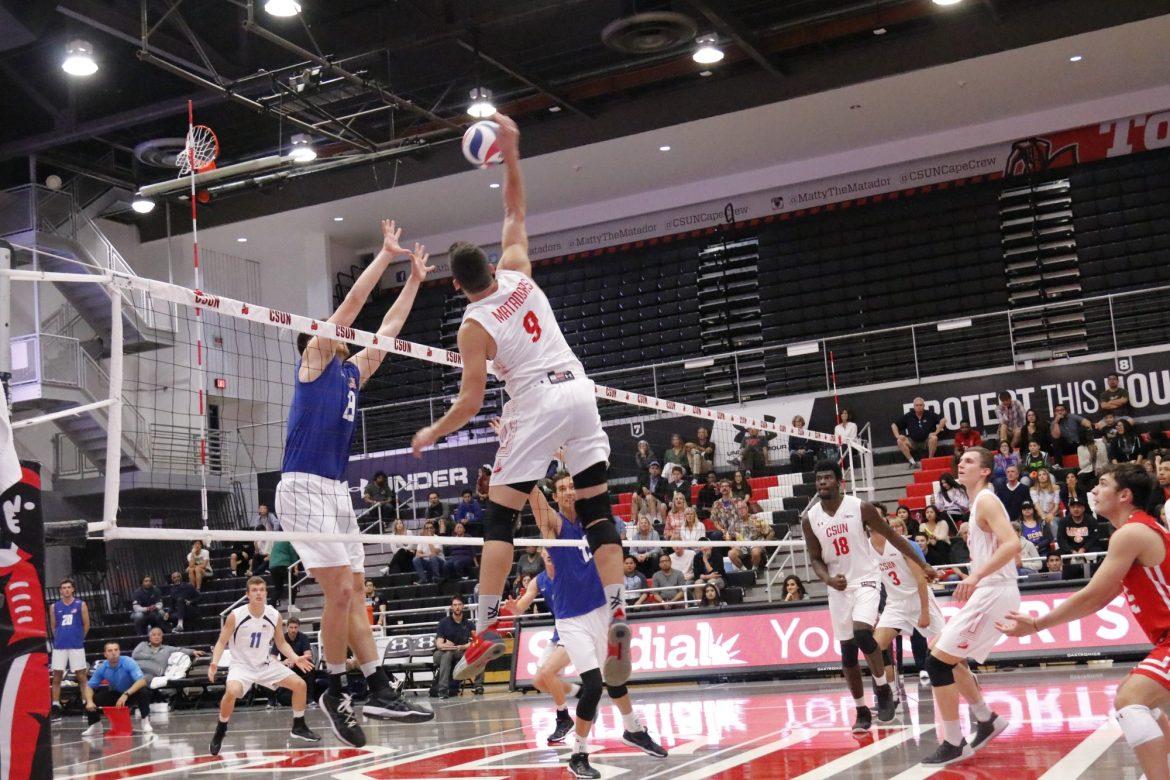 CSUN (13-8, 3-3 Big West) had a rough start the first set of the night but came back and swept the Gauchos in the next three sets. Greene and freshman Maciej Ptaszynski led the team. Greene with .333 on 36 swings and Ptaszynski with .385 on 13 swings.

‘We hadn’t played for two weeks and it was apparent, you can’t really practice and stimulate in practice a good team like Santa Barbara.” Coach Jeff Campbell said about the first set against the Gauchos. “We turned it around in the second, third and fourth set and that fourth set could have gone either way.”

Set one was a defeat as set two and four were a back and fourth battle between the Matadors and Gauchos. “Bouncing back set two, three and four felt pretty good. It just shows that we are strong, and we just don’t get down.” Greene said about the come back wins after a disappointing first set. “That first set was really a wakeup call for us.”

The first win against Santa Barbara gave the Matadors a five game winning streak before losing to the same Gauchos 1-3 the next day.